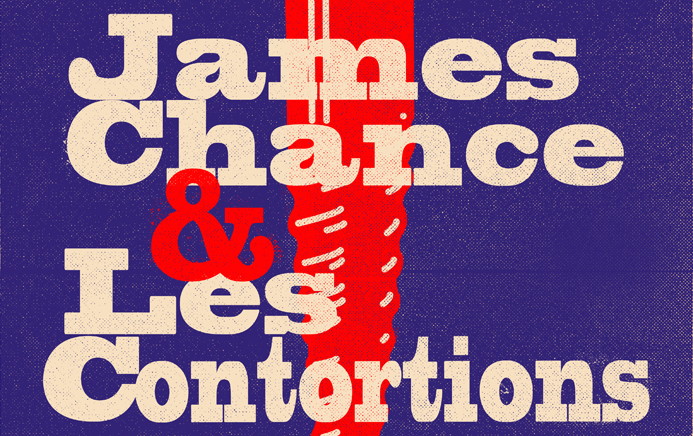 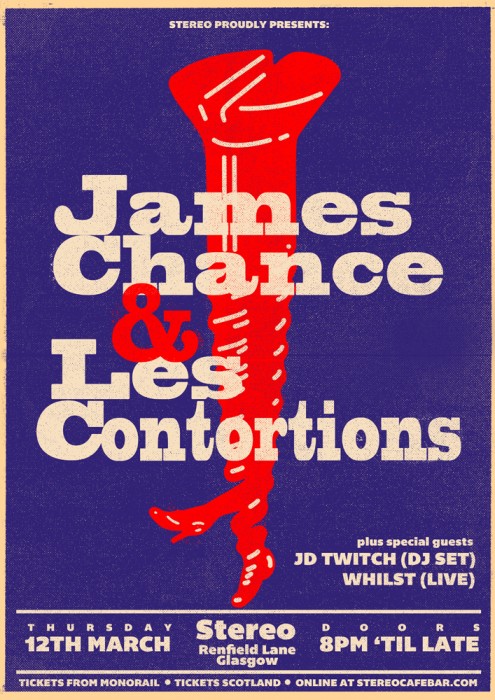 It’s raining like some kind of scene from a post-apocalyptic, dystopian film landscape in Glasgow. The puddles are ankle-deep and it’s blowing horizontally. Despite this, a decent crowd of hardy souls have made their way to Stereo in the city centre to witness No Wave hero James Chance play a rare date on these shores.

If you are unfamiliar with James Chance, suffice to say that his early work (and reputation, not to mention his confrontational live shows) was somewhat challenging. Shrieking sax, epileptic jazz-punk a la Ornette Coleman and crazed funk workouts were the order of the day. Nick Cave’s early Birthday Party persona and voice were very much shaped by Chance’s influence and The Contortions had more in common with Pere Ubu and The Pop Group than any of their NYC contemporaries. They covered several classic funk songs (James Brown’s Get On Up being one) and if you imagine the Jackson 5 on really bad-trip acid, playing Don’t Stop (Till You Get Enough) whilst inside a skip that’s hurtling down a cliff, that’ll give you an insight into the world of The Contortions.

He’s tonight accompanied by a French three-piece band and quite probably the last time Glasgow witnessed a band as drum-skin tight would have been Mike Watt’s gig at Broadcast last year (which Joe reviewed for us here.) This latest Gallic incarnation of Les Contortions are as lean and as precise as a band are ever likely to be; swerving from be-bop jazz to popping funk to Van Vliet-style discord in the blink of an eye or a wave of Chance’s fist, they carve into the material with an assuredness that’s jaw-dropping.

Walking onstage with little fuss, there’s a reverential hush in the age-mixed crowd as Chance advances to the low-set Hammond keyboard. A wag behind me shouts a Dee Dee Ramone “1-2-3-4!” to some laughter, although the second and third times are greeted with eye-rolling irritation. 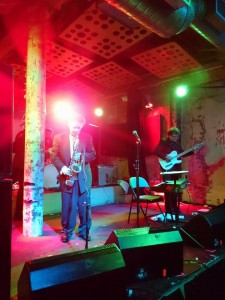 Chance cuts a dapper figure and he’s very well preserved (and still has a lustrous quiff) for a man of 60; he engages little with the crowd, preferring to eyeball the band and conduct proceedings with a wave of the hand. As mentioned, the band make the music seem effortless. There’s little of the confrontational art-rock and jagged edges of 70s Contortions; at times the music is so far from the roots of conventional rock and blues-based music as to be other-wordly. Funk, jazz, dub, avant-garde and angular post-punk are the touchstones. Mutant funk and bubbling, rubber-legged jazz anchor the sound. A cover of Gil Scott Heron’s Home Is Where The Hatred Is makes an appearance during the set and King Heroin is a languid, discomforting presence.

Chance flits from dissonant Sun Ra-style noise and gorgeous harmony, both on his keys and his trademark saxophone. The bespectacled guitarist switches from thin chicken-grease funk licks to Gary Lucas-style slide and chop, sometimes mid-song. The rhythm section are impeccable; the ease with which they ground the wanderings of Chance is simply perfect. Do The Splurge is introduced as a “dance song” by Chance and is a hyper-kinetic bass monster with alternating crazed and controlled guitar flourishes. Chance is grabbing handfuls of keys on his Hammond and doing the electric-shock jerk dance as he hunches over.

Contort Yourself is all about the edgy funk that Chance alone vends. A favourite of student union discos in the early eighties, here, it’s sinister, pulsating groove starts an outbreak of twitch-dancing amongst the crowd trying to peer round the pillars in the basement venue.  Chance remains non-plussed. The sax stabs and growling bassline seem to entrance him as well as the audience and he’s lost briefly in the song doing that puppet-string dance of old. Snapping to a close, it’s offstage briskly before a cursory encore closes proceedings as Chance counts down the outro and leaves with a rasped “that’s all!”

I’m left wondering if this sort of thing is the purest form of that old devil called punk rock. Guys like James Chance are the true outsiders, the risk-takers, the experimenters. It’s light years away from angry men with guitars, but sometimes it’s the people who play music entirely for themselves that are the true renegades. And James Chance is certainly that.

James Chance and his band head off to the greater europe now, with these shows lined up:

You can find James Chance online here: jameschanceofficial.blogspot.co.uk and on Facebook.

All words by Joe Whyte whose Louder Than War author archive is here.