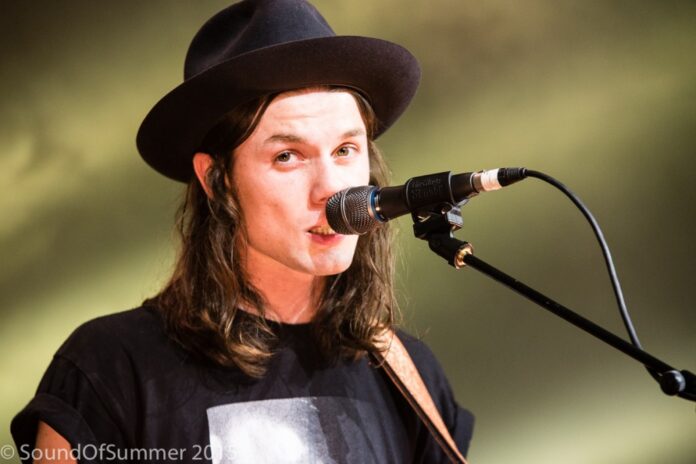 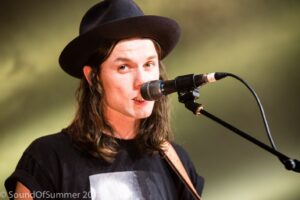 It’s been a fair few years since Louder Than War’s Alan Ewert caught James Bay in a BBC Introducing slot. Has his recent stardom changed him in any way? Find out below.

I first came across James Bay a couple of years ago when he played the BBC Introducing slot on the main stage at the Larmer Tree festival.  I remember being impressed by his guitar playing and although his Indie rock sound sits on the lighter end of my musical taste It was blindingly obvious that this was a young man destined for great things.

Fast forward a couple of years and James Bay has played the Pyramid Stage at Glastonbury, has a No 1 album, a No 2 single and a Brit Award under his belt.  What is more important in my book is that Bay has come through in the right way.  He has worked hard to develop his art, he has paid his dues playing in small venues up and down the country and has undoubtedly earned the adulation that is now coming his way.

Bay has sold out venues across the UK, Europe and the USA and is now embarked on a totally sold out UK tour in bigger venues.  Earlier this week I got the chance to catch James Bay at Bournemouth’s International centre, one of the south coasts major music venues.  The show, like the rest of this tour sold out months ago.  I was somewhat surprised to find that the venue decided to put Bay on in the 2500 capacity Solent Hall rather than the Windsor Hall with it’s 6,000 standing capacity.  In the event I was grateful for this as it made for a more intimate show and the sound was first rate.  I often find the sound in the larger hall patchy to say the least.

As seems to be the case these days the show had two warm up acts both of whom were excellent in their own way.  Samm Henshaw played a 30 minute set accompanied by a bass player and a keyboard player.  I was impressed with Samm’s delightful soulful set.  Samm has the sort of delightful voice that reminds you of the masters of the genre.  it isn’t too big a stretch to say that Samm reminded me of the likes of Sam Cooke and Otis Reading, he is that good.  Seriously.  I wasn’t familiar with Samm before this gig but you can be sure that I will be checking him out in more depth in the future.

Next up was Elle King a California based singer-songwriter who melds Indie rock with a little bit of a Country rock complete with banjo.  I had caught some of Elle’s set on the Festival Republic stage at this years Reading Festival so I was looking forward to seeing her in a more intimate environment.  I was not disappointed.  There is no question that this girl has it all going on.  her vocals are great, she has a ton of energy and her band are as tight as a camels ass in a sandstorm.  Elle was so good that some of my fellow photographers went off to buy her album Love Stuff and hunted her down to get it signed.

James Bay took to the stage at 9.15 pm and played a 90 minute set.  Unsurprisingly James Bay played his debut album in it’s entirety opening with “Collide” before moving on to album opener “Craving.”  It is very clear that the time Bay has put into touring has paid huge dividends.  He is now an incredibly confident young man who knows what his band are going to do and is happy to play to the crowd.   It seemed that the whole crowd knew every word of every song and they sang them back at the top of their lungs.

James Bay undoubtedly has a great voice and is supported by a strong band and the sold out crowd enjoyed every moment.  James Bay, dressed in his trademark skinny jeans and back fedora, was clearly enjoying every moment too.  Bay even surprised us by playing a cover of Alicia Keys hit song “If I Ain’t Got You” as the meat in the sandwich of his three song encore.  This was the highlight of the set for me as it gave Bay the opportunity to display his full vocal range.  James Bay rounded out the show with his biggest hit to date “Hold Back The River” and sent the crowd home with a huge smile on their faces.

James Bay is on the internet at JamesBay.com, he is on Facebook and Tweets as @JamesBayMusic