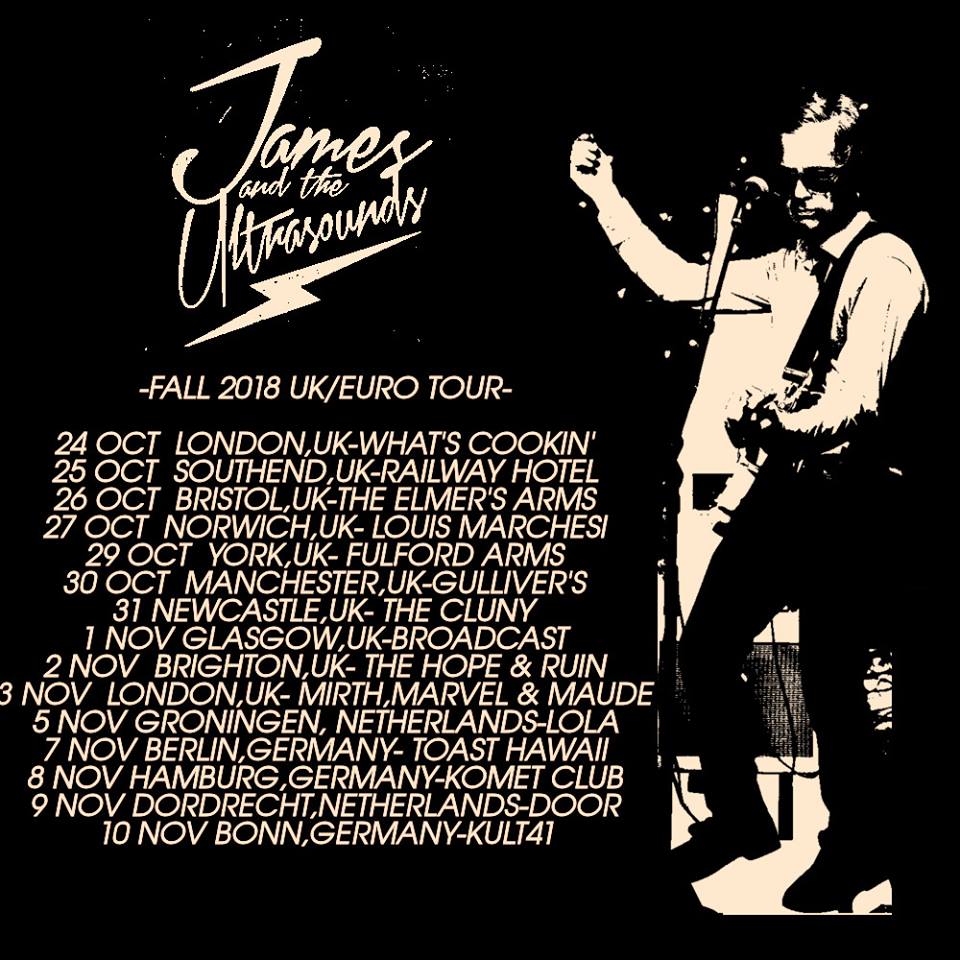 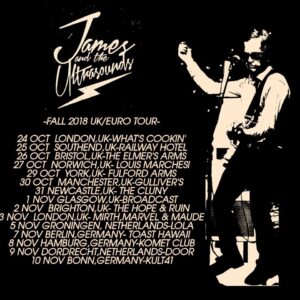 A round up of almost related releases tours and gigs for Rockin’ dudes and dudettes….

Americans call it Garage Rock,  some call it Punk Rock’n’Roll, others Medway Punk, in that there London it’s Punk Rock Blues, but back it the 80’s it was called Garage Trash …”post-punk” music which looked to the past for inspiration too : realising that Elvis, Beatles-in-Hamburg and the Rolling Stones imitators on Nuggets were just as good as the Year Zero stuff.

In the sleeve-notes it says this:  So it was in the UK in the early-to-mid- ‘80s, when an unlikely set of bands resurrected the spirit of mid-‘60s Garage Rock. Fusing that sound with elements of the pre-Fab Four, Psych, Mod, Rockabilly and Psychobilly, and greasing the wheels of this new machine with a thick slab of post—punk sensibility, bands across the UK began to shout and holler like they hadn’t in years…..  Thee Milkshakes, The Sting-Rays, The Cannibals, The Prisoners, The Barracudas,Sid Presley Experience,  The Tall Boys, The Meteors, The X-Men, The Playn Jayn  .... and 50 others.

It looks and sounds unbeatable and the artists from my neck of the woods, the deep South included are the mighty Emptifish and the Mild Mannered Janitors.   The latter were a magnificent Portsmouth Garage band often compared to the Prisoners, but with a bowl-cut and leather-jacket style of their own.  They played some amazing gigs in the late 8o’s where everyone danced and loved them for their scallywag charm as well as their music.

Former members of the Mild Mannered Janitors got back together this year as a three-piece power trio called the Rems. Steve Lympany, Steve Duffield and Pete Hutchinson describe the band as remedial rock ‘n’roll, and judging by this, they may be older but have lost none of their magic.  Duffield you may well know from his time in the Beta Band and as Steve Mason’s bassist on recent tours. (He is also officially  one of the nicest men in the world…long story.)

The Rems play on 27th  October supporting The Fallen Leaves at the Old Barn at the Milton Arms in Portsmouth.  Tickets.  It’s one of a series of gigs put on by former Basins promoter and all-round geezer Chris Abbott.  The other gigs are:

17 November 2018:  Johnny Throttle +The Blue Carpet Band +The Dinz!   (confusingly not at the Barn but the Old Coastguards)  Tickets

Talking of the Fallen Leaves – those suave gentleman rock’n’rollers are releasing their superb Punk Rock For Gentlemen album on CD  due to public demand  – it was initially only on vinyl.  Website.

Henri Herbert & The Fury have released the Official Bootleg: Volume 1 EP a few weeks back on HH Records.  “Containing four live cuts culled from a high energy show at Black Wax in Harlow last year. “Official Bootleg volume 1” is the first in an occasional series of live recordings from the band’s 200 plus live shows per year.

The album opens with Black Wax Blues, an original Herbert composition buoyed by the well oiled rhythm section of Jez Southgate and Aidan Sinclair, sounding tighter than ever after a year of non stop touring. Next up is a cover of Larry Williams’ New Orleans Classic Short Fat Fannie, “I was doing some recording in New Orleans with CC Adcock”, says Henri, “and I heard a band playing a super funky version of this tune..I immediately thought we had to cover it in our own way”. Following on from this is an alternate version of Herbert’s signature tune, “Talkin Bout The Boogie”.  The EP ends with a rare solo performance of Herbert’s original “Don’t Know Where I’ve Gone”,

Look out for volume 2 and a forthcoming studio LP – in the meantime….   Facebook

Last, but by no means least, James and the Ultrasounds tour the UK from 24 October to 3rd  November – and these gigs will be unmissable!

Now, this may read like a press release, because it is a press release.  It was the wonderful Snakerattlers  who support on the York date) who brought this tour to my attention .. as I knew nothing about this band – but will remedy that.

If you haven’t yet heard James and the Ultrasounds, or seen them live… Do yourself a favour and strap in… Brash, yet thoughtful with unpredictable guitars, soulful organ and pummelling, yet danceable, Memphis-Style rhythm. The four piece rock and roll band is the brainchild of James Godwin, a long-standing face in the Memphis music scene.  Godwin & Co. take you on a ride that blends Garage, Soul,Punk,Surf,Country and good ol’ Memphis Rock and Roll. There isn’t anything quite like them in Memphis or anywhere else.

The poster below gives your the UK Tour dates but helpfully omits the names of the venues – so ya gonna have to do a bit of detective work.  I know one thing though, these gigs look unmissable! 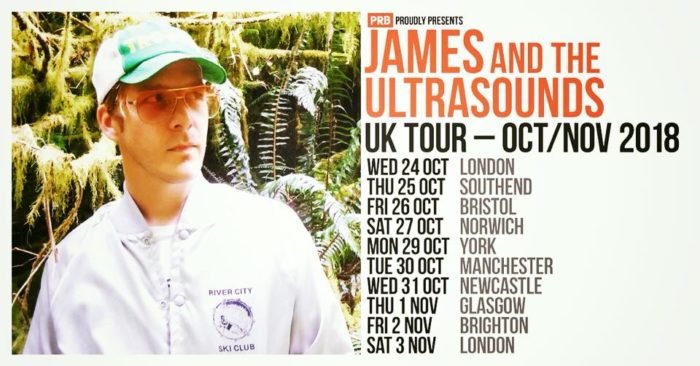 That’s all for now Garage Trash fans –  ’til next time.  Keep them bones a-rockin’.