Home Music Reviews Album Reviews James: All The Colours Of You – album review 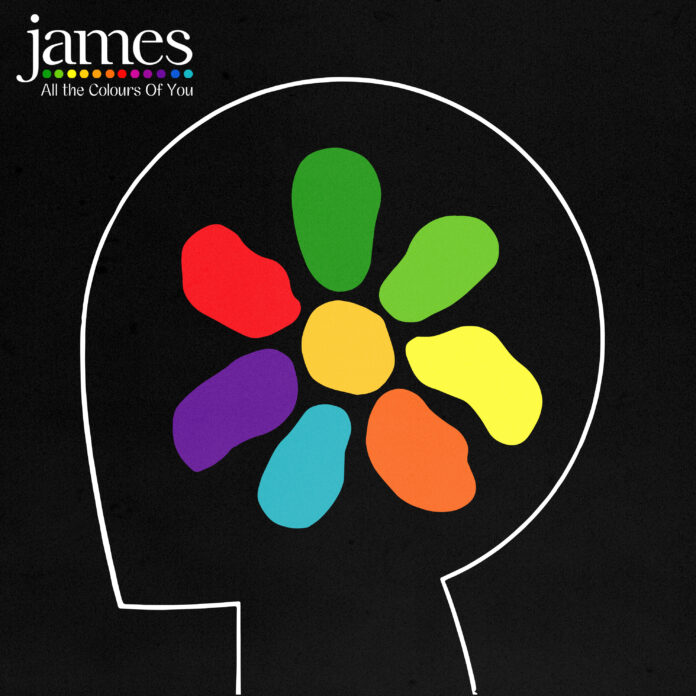 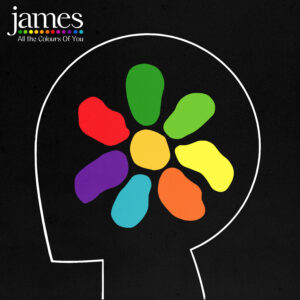 James: All The Colours Of You

Available on Vinyl / CD / D|L and Streaming from 4th June

All The Colours Of You, the 16th studio album from Manchester Legends James is out on 4th June with award-winning Jacknife Lee on production duties.

Being offered the opportunity to review the new album by an artist as established and beloved as James is an honour, but where do you start? Everyone knows James don’t they?

Actually, some may not, after all the band have been going for 39 years so (hopefully) there will be people reading who weren’t born when they made their first documented live appearance supporting Big Country at the Hacienda on 17th November 1982.

Maybe the beginning then?

Formed in Manchester and christened James in 1982 after numerous name changes. They signed to Factory Records for their first two singles, later compiled on the wonderful ‘Five Offerings From James’ EP. These were accompanied by art work initially by the band and later John Carroll which deliberately challenged the stylised look of the sleeve designs created by Peter Saville and Mark Farrow.

Their first two albums Stutter and Strip Mine in 1986 and 1988 but almost completely ignored by their US Label Sire as being ‘too English’. A technicality released them from their deal thus allowing them to record a live album, One Man Clapping, out of their own money. This was independently released with distribution from Rough Trade. They then signed to the label, releasing the anthems Sit Down and Come Home during the ‘Madchester’ era.

Signing to another ‘major label’ Fontana in 1990, James were transformed from respected Indie stalwarts to stadium fillers. Working with Brian Eno throughout the next decade they released 7 Top 20 albums (5 of them Top 10) before Tim Booth left to concentrate on other projects, including critically acclaimed solo works.

Following this hiatus, James returned in 2007, initially for a short tour. Since then the band have released 6 albums of new material since (all Top 20) on a variety of labels along with well received compilations covering their earlier years, collecting rarities and documenting their euphoric live performances.

And so we come to All The Colours Of You, or Sweet 16 as the frontman calls it.

When hearing the first track ZERO (a happy song about death), with it’s opening couplet, ‘We’re all gonna die, that’s the truth. Quit measuring time, by money and youth’; my first thought was how reassuring it was to hear Tim Booth’s vocals. It’s almost as if he’s greeting you and welcoming you along on their latest journey.

They’ve come a long way in the 39 years they’ve been together. They’ve been through a lot since the band’s music was mainly for students in Mancunian bedsits, despite this, it’s  unmistakably still James.

All The Colours Of You sounds bigger than anything that’s come before and that’s not taking anything away from previous producers. Prior to Booth being forced out of his Californian home of more than a decade, and relocating, temporarily to Costa Rica, the label suggested they use Grammy aware-winning Jacknife Lee to produce. Lee’s previous work includes U2, REM, Taylor Swift and The Killers to name a few. His influence is felt throughout. The album is polished, but not superficial, cinematic and turned up to 11.

As always, the songs on the album are eclectic, often covering subjects which effect everyone globally, including Covid. Whilst this undoubtably is the one thing that’s touched everyone, the band offer one of the most personal and poignant pieces they have ever produced, Recover. Booth dealing with the loss of his father in law, Saville Shela due to the pandemic in April 2020, separated by the Atlantic Ocean.

As long-time James followers would expect, a number of tracks are political, but not preaching; with an American bias taken from the singers first hand experiences. The title track provides his take on the death of George Floyd, BLM, the Trump administration. Highlighting especially the hatred stoked and the rise of white supremacists. Wherever It Takes was written after he had a nightmare about a female friend going to Portland to protest and his fears for her; while Miss America looks at that countries damaged image using the allegory of beauty pageant.

Climate change is covered with the surprisingly uptempo Beautiful Beaches. Delivered here as an uplifting, Radio 2 play-listed, pop song about running away after a traumatic experience, recounting the Booth’s family escape from the fires which ravaged California.

Having listened to All The Colours Of You a number of times over the last couple of weeks I can safely say that James are one of the few bands who continue to improve with age. There isn’t a weak track amongst the set, although a particular stand out for me is Magic Bus, a pumping club track with a driving beat that would’ve sounded amazing back in the Hacienda.

With 39 years experience behind them their 16th album can easily be ranked as one of their best.

James’s live performances over the Summer are likely to be a bit special and should be the highlight of many festivals. The band are also touring the UK with Happy Mondays in November / December 2021.