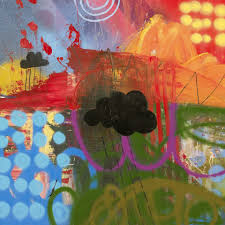 Jake Bugg – On My One

After 2013’s so-so Shangri-La, Jake Bugg goes it alone for album number three. But is this newfound freedom a blessing or a curse? Sam Lambeth finds out.

There has been a few examples of artists rallying against conformity, pigeonholing and their major-label overlords in recent years. MGMT followed up their globe-gobbling debut with two experimental, unwelcoming records that must have left Virgin’s accountants crying into their canopes, while now, on album number three, they face similar problems with 22-year-old Nottingham curmudgeon Jake Bugg.

When his self-titled debut album soared to the top of the indie pile, people warmed to his mature voice, which recalled La-in-exile Lee Mavers, and his ability to blend suburban sojourns with lo-fi, pre-Beatles skiffle. However, since then, Bugg has been hailed (and subsequently shunned) by Noel Gallagher, had a record produced by Rick Rubin and spent most interviews grumbling like a pre-pubescent Bernard Sumner. Furthermore, his continued denouncement of pop stars was left looking a tad hypocritical when most of his songs were co-written by a raft of songwriters-for-hire.

On My One, then, is Bugg’s “make or break” record, one that, as the title alludes to, he wrote and produced without any interference. On listening to the album, though, some words of wisdom from an outside source should have been encouraged, not least on the horrifically hamfisted rap (yes, you read that right) of ‘Ain’t No Rhyme’, where Bugg is deep in “concerned Bono mode.” As he rallies against youth culture, you’re reminded of how it was done awkwardly, but more more authentically, on ‘Seen It All’ (from his debut). Here, he portentously bellows about the youth of today up to no good, spitting bars that recall the episode of The Simpsons where Marge and Homer bust out some couplets about keeping Bart’s sandwiches fresh. By the time Bugg cries “Curtis, put down the knife,” you almost think you’re listening to an offcut from Flight of the Conchords. Similarly, the lead single ‘Gimme The Love’ has the dancey trash of Kasabian, but the laddish delivery feels forced and shallow.

Although come album three there was a need for some reinvention, it’s a shame Bugg felt the need to tinker, for his strengths lie in the smoky ballads he can muster so effortlessly. ‘Put Out the Fire’ has the earnestness and grit of his best work, while ‘Livin’ Up Country’ and ‘Bitter Salt’ show that even without outside help, there is still a raft of potential within the erstwhile rapscallion. The real letdown, though, lies within the lyrics – when they’re not clumsily commenting on youth culture, Bugg is whining about being on tour or about the girl he no longer wants to be with – hardly endearing topics.

After Shangri La‘s stingier tail drew too much poison, On My One seems like Bugg’s chance for a new identity. On the evidence of this, though, he’s yet to find it.