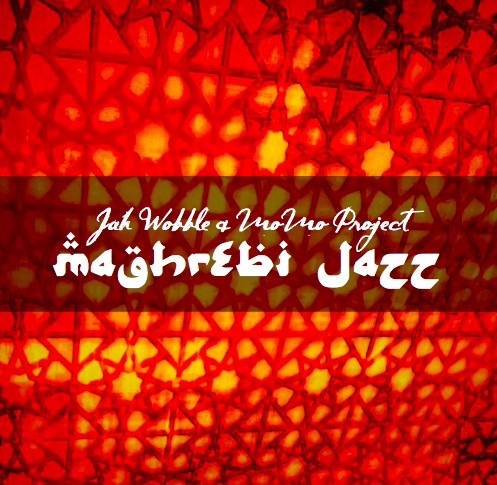 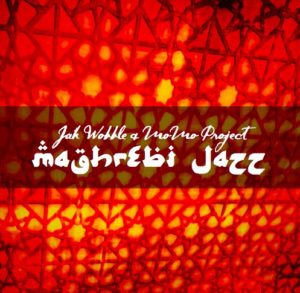 Another day, another album by Jah Wobble, erstwhile bass guitarist with PiL turned genre-spanning musical explorer, self-proclaimed bandleader and all-round Cockney Renaissance Man; by my reckoning this is his 42nd since going solo in 1983 (though I may be erring on the side of caution).

Released to coincide with Record Store Day on 21 April, Maghrebi Jazz is, as the title suggests, a jazz album with a North African flavour. An inveterate polymath, John Wardle (he got his nickname from a slurred attempt to say his name by his friend and namesake John Beverley, aka Sid Vicious) has tackled pretty much every ouevre imaginable since leaving his first band, Public Image Limited, after their landmark post-punk classic The Metal Box.

Every genre, that is, apart from rock, which he holds in such contempt that he turned down the opportunity to play in a reformed PiL; admittedly mostly because of the derisory £1,500-a-week wage offered by Lydon (enter your own mocking anarchy reference) but also because he had no interest in playing what he termed “lumpen heavy rock.”

In addition to being one of the few bass guitarists with a strong signature sound, Wobble was an early pioneer of what should never (but invariably will always) be called World Music. He performed at the first Womad Festival back in 1982 and went on to work with its founder Peter Gabriel, before later collaborations with Can, Brian Eno, Sinead O’Connor, Dolores O’Riordan and The Edge – highlights from a much longer cast list – and such diverse offerings as albums of Chinese and Japanese dub, a classical requiem, folk and country music, and a collection of William Blake poetry set to music.

Maghrebi Jazz, influenced by, and impregnated with, the dusty desert sounds of north Africa’s Berber territories, is a collaboration between Wobble, three-quarters of his current Invaders of the Heart band –  Mark Layton Bennett (percussion & drums), George King (keyboards) and Sean Corby (trumpet & flugelhorn) – and the MoMo Project (aka Music Of Moroccan Origin), a now-London-based duo of Tahar Elidrissi (vocals, percussion, gimbri) and Hussan Nainia (guitars).

Thanks to Wobble’s inimitable self-taught bass style, inspired by dub reggae, and a fondness for Middle Eastern sounds that dates back to hearing an Egyptian singer on the World Service when he was 13, it fits effortlessly into his diverse catalogue. It recalls his earliest excursions into World Music which, somewhat implausibly, brought him a couple of hit singles in the Nineties (Visions Of You and Becoming More Like God).

Maghrebi Jazz comprises five long songs, allowing for plenty of loose improvisation around a tight musical foundation: The Invaders have the technique of jazz players, skilfully elaborating on themes while Wobble’s bass underpins everything with its visceral heartbeat.

The pace picks up after that: Jillali weaves galloping rhythms with jaunty hi-life guitars and rattling percussion; Hali (My Trance) is built on angular, jerky rhythms that work well with Wobble’s contrastingly slippery, fluid bass notes, while Sudani Manayo is an urgent shuffle, anchored by a  bassline that recalls Armagideon Time. Final track Atig could come from west Africa, with its vocal chants, circular melodies and choppy reggae guitar. It’s nothing if not on-trend with north and west African music surfing something of a wave since the arrival of Tinariwen a decade ago: Maghrebi Jazz sits comfortably alongside successors such as Imarhan, the Syrian newcomers TootArd and even  Malian bands like Songhoy Blues, but with a home-grown element from the multiracial mean streets of East London.

Jah Wobble & The Invaders Of The Heart will play the following dates in the coming months:

May 12 – The Holroyd Arms, Guildford

Jah Wobble is online at https://jahwobble.com