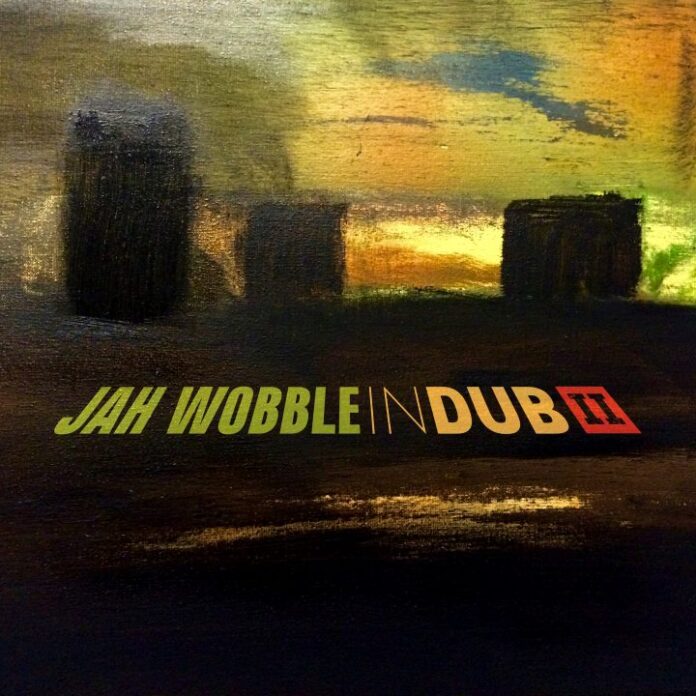 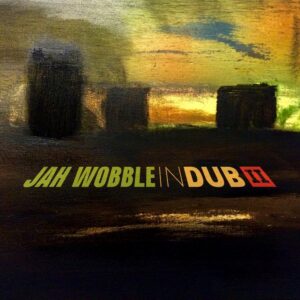 The follow up to Jah Wobble’s previous double CD Dub set released back in 2016, this new collection features his work with bands Invaders Of The Heart, Deep Space, Temple Of Sound and the Nippon Dub Ensemble, plus collaborations with singers Julie Campbell and Yulduz Usmanova…LTW’s Ian Canty blasts off into the outer realms of dub inner space…

Jah Wobble’s mighty bass sound originally found its roots in the depth and wides spaces of dub reggae and it is entirely logical that a second survey of his work exploring that pivotal influence has now emerged (I reviewed the first set way back in 2016 here). Jah Wobble In Dub II scours his archives from over a quarter of a century to bring something that hangs together seamlessly as a kind of musical travelogue, touching on many different cultures, sounds and locations over the course of a couple of CDs.

In doing so, he teams up with a wide variety of groups and performers, from his regular live band Invaders Of The Heart to his less-frequent aggregations Nippon Dub Ensemble, The Temple Of Sound and Deep Space. There’s his collaborations with Uzbekistan singer Yulduz and also Julie Campbell (Lonelady), with the late Jaki Liebezeit from Can and reggae legend Ernest Ranglin among others pitching in on the instrumental side, plus the truly solo works he pieced together on his own.

There’s also a psychogeographical undertone to Dub II, with many of Jah’s regular walking routes being instrumental (sometimes quite literally) in its construction. The cover illustration alludes to this, a painting by the man himself of tower blocks looming ominously over Hackney Marshes. But if this would suggest to you a slightly apocalyptic vision, it isn’t quite the case. There’s light and shade here, blessed with a deep spirituality that can’t be tamed by man-made concerns and threats.

Having established some of the various sources and influences that play into Dub II, let us look at what’s inside. Asa (appropriately from the album Welcome To My World) kicks off proceedings with a real eastern feel. The vocal, sitar and tabla combine together to slowly pick up a languid dance vibe. Jah’s bass, the always guiding light throughout, introduces itself by rumbling along nicely.

There’s a touch of Augustus Pablo about Heart And Soul, with a melodica (AP’s trademark) drifting by almost timelessly and beautifully. The Julie Campbell piece Isaura is effectively lowkey, with some nice electro shivers and the ghost dance of Viking Funeral, with the man himself on vocals, is chilly but charming.

Taiko Dub is driven by percussion, a track by the Nippon Dub Ensemble which reaches really low down into the bass frequencies and Saturn has some fine desolate brass work and chimes. Ketmagyl (Don’t Go Away) and its dub, excellently sung by Yulduz, are both slow and hypnotic with an infectious shuffling dance rhythm. The scratchy, rough sound of Elevator Music, with some more tense bass, finishes the first disc of this set. Its more forthright tone snapped this listener out of a reverie and back into reality, able to take stock of what has gone before.

Disc two opens up with some slide guitar that gives Dust Bowl Dub a touch of country, though you would have trouble line dancing to it! Synth drones and coolly echoing drums mark out Elevator Music 8 and the faster Lam Tang Way Dub, an Invaders Of The Heart tune, has a deep dance groove. The self-explanatory Car Ad Music 8 has a touch of the Mission Impossible theme about it, possessing a potent and tightly-wound drive. Bilmadim, another piece that is a joint Jah/Yulduz effort with its own dub, is a neat reggae tune with a typically impassioned vocal. The dub version is mighty, a lengthy, atmospheric and very satisfying offering.

So Many Years is full of electronic squiggles and echo effects, which is also rendered with another Jah vocal and the brass, keys and chimes make Elevator 12 a good entry in the series. I can recall seeing Jah with Deep Space live back in 1999 I think. The performance was made up of an entrancing and spellbinding display of dubby folk world music set in large chunks, a long way away from the post punk that initially made Jah’s name.

But his bass crucially provided the anchor, the easy way in so to speak, as it so often provides throughout this set. I had to laugh after one lengthy and multifaceted piece that went off into several different directions, as the band left the stage and someone shouted out for Careering! Deep Space feature on this set’s closing track As Night Falls (Part 3), with flute, acoustic blues, rock guitar and dance rhythms all flowing through it.

Ultimately though Dub II isn’t really about the individual tracks, as fine as they are. It is more how they fit into the whole, combining adeptly in its remit to present the listener with something a bit more substantial than just a group of songs. A musical journey if you like, one which maps out a trail through the lesser known spots of London that Jah knew well from his formative years. Though the focus moves to sounds that suggest places much further afield, the bass gives one a sense that you never really truly leave behind your roots and that is the magic of Dub II.

There’s also a very thorough sleeve note by Jah included with this set, something that will more than likely enlighten you far better than any of my blatherings. An essential insider’s manual to the working of the album in fact. However you don’t need to read anything to enjoy this selection – you can just let your ears do the work, lay back, relax and be taken on an exploration through music that is full and fresh, even without knowing the ins and outs of each item. Dub II is a compilation that naturally flows and is excellently sequenced with the listener in mind. At the present time anything that takes one away from their immediate surroundings so skilfully is surely worth its weight in gold.