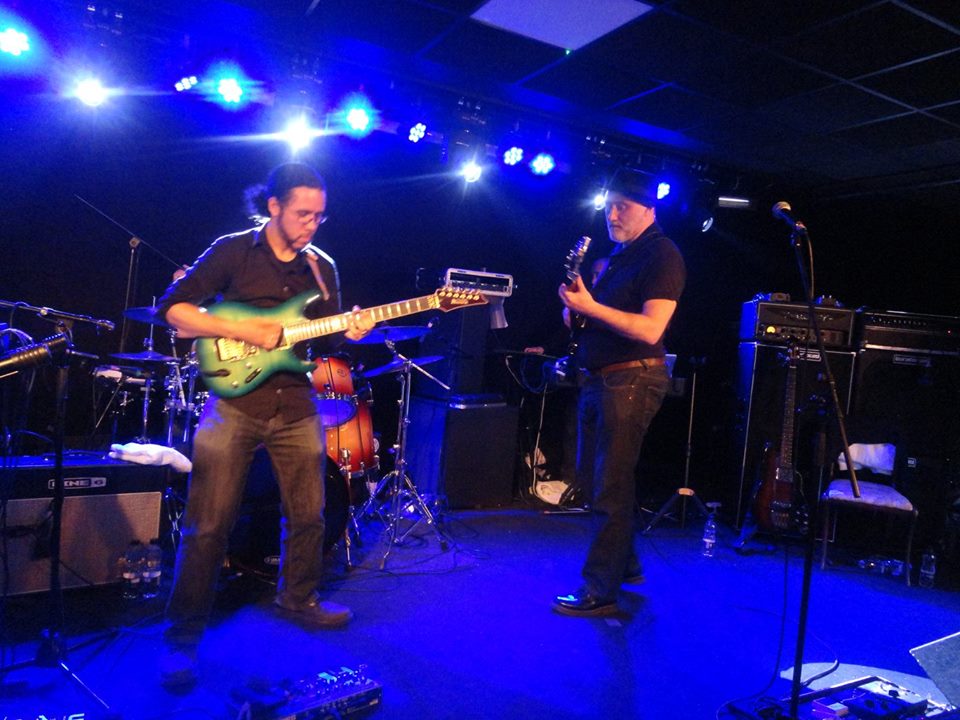 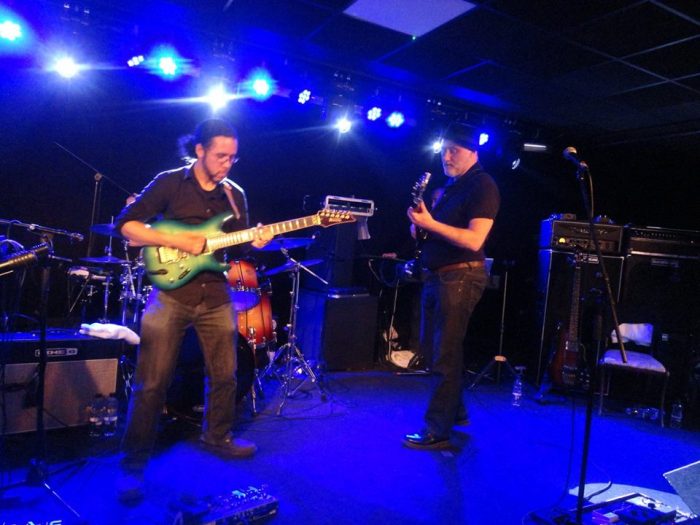 Jah Wobble & the Invaders of the Heart

Ex-PIL bass player Jah Wobble takes his Invaders Of The Heart out of the road again with a show encompassing material from his entire career, TV/Film themes, Reggae covers and the most thumping bass sound in the world…LTW’s Ian Canty takes a Dub shower

I can still remember when I spotted the “Betrayal” LP in the racks at Virgin Records in 1980 as clear as day. I knew Wobble was a big part of the PIL noise with his booming, perfectly paced bass excursions and at this point in time I was pretty much a PIL-lock – loved the band and bought what I could of their oeuvre (though not to the exclusion of everything else). So buying the disc was a no brainer and soon I was out into the Southampton sun with it proudly tucked under my arm in one of those plastic “Virgin” bags that used to be everywhere in those days. Little did I know that this recording would soon lead to his expulsion from Public Image; I just really enjoyed the title track (wish he would play that one live) and dug the more experimental re-jiggings of “Metal Box” backing tracks to varying degrees.

Also I recall seeing him at the Brook venue with his Deep Space line up in 1999; playing two lengthy (20 minutes plus) tracks using a load of strange effects and unusual looking instruments, they were greeted by someone shouting for “Careering” to be played as an encore – needless to say it wasn’t. Even though he managed to weave the audience around his little finger, a knack which he clearly hasn’t lost in the intervening years.

Which brings us to this gig at the new, improved Talking Heads, which had a good and receptive crowd (across the age range) in who did their bit in helping to provide a pleasing atmosphere on the night. First a word about Sombrero Fallout (ex-Flik Spatula), the support band, who put on a good show of low-key, chilled grooves (loved the trombone in particularly, but then again I’ve always been a sucker for the sound). They ran projections throughout their set (really liked the “Magic Roundabout” and watching the Hythe ferry go out was evocative) and were joined by poet/rapper Issa for the last few songs – what he did was fun and added to the mix, giving a lyrical slant to the cool soundtracks. A nice start to the evening.

Now this version of Jah’s Invaders Of The Heart are clearly dab hands with Dub, Jazz or World Music but along with Post Punk these sort of genres need some personality injected into the mix because otherwise they are equally susceptible to becoming joyless noodling in the wrong hands. This is where the man himself comes in, effortlessly working the crowd, genuinely funny and totally at home on stage, a formidable and musically ingenious presence. He leads the band from the front and it’s indelibly stamped with his signature – this can only be a good thing. The band flesh out lovely versions of the “Midnight Cowboy” and “Get Carter” themes and a cool take on the old Skinhead Reggae classic “Liquidator”, while he and the excellent guitarist do a kind of “Shadows meet Space Invaders” strut with Jah mugging for all he’s worth, rolling eyes, grumpy look. It’s hilarious with a top backing track….

“Visions Of You”, the big 90s hit gets a transcendent work-out which doesn’t really miss the lack of Sinead and “Every Man’s An Island” was a real highlight for me, a stunning version. “Seaside Special” an oldie from 1978 gets a run out and shows how far he was ahead of the crowd in picking influences from previously uncharted territories and weaving them into his own potent Post Punk Dub mix.

The re-dubbed, expansive versions of PIL songs played tonight “Socialist”, “Public Image” (“John would have liked that one I think.  And Sid too”) and “Fodderstompf” offer a tantalising view of what could have been if Wob and Lydon had managed to come to an agreement about both partaking in the reformed version of the band. “Socialist” takes in Drum n Bass, and “Public Image” itself is slowed down and taken off to an entirely different place, even slipping in a little bossa nova along the way. “Fodderstompf” is the one that gets the whole crowd singing – the refrain “We Only Wanted To be In Love” rang round the venue.

But in reflection, I’m glad in a way the PIL reboot never came off – it could have stopped him doing gigs as accessible and vital as this. Miss him at your peril!