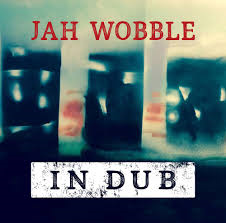 2CD deluxe set of Jah Wobble’s adventures in Dub which cherry-picks the finest items of his work in the field from the 80s to the present day, with an exhaustive sleeve-note from the man himself…Ian Canty looks at the continuing sonic excursions of a one of a kind musical explorer…………

For once let us not talk about that band when reviewing a Jah Wobble offering, he was only in them two years and yes they were great but he has also had a singular and successful solo career which started just before that time, reaching right back to the 1978 “Dreadlock Don’t Deal In Wedlock” single and the under-rated “Betrayal” debut album. After a spell working on the Tube trains, his muse blossoming again in the 1990s and resulted in a long spell of inspired releases and gigs which hopefully will stretch on tantalisingly right into the future, hopefully for many years to come. Whereas many people saw Punk as a chance to kick down doors and storm the barricades to the sound of a three chord guitar thrashing (not that there was anything wrong with that at all, after all it was great fun and resulted in some fine records), I like to think for Jah Wobble it was more that he just nonchalantly walked through the gap created into new, exciting horizons. After that the man with the unmistakable “walking” bass has never stopped roaming and the proof of the pudding is this wonderful compilation that encompasses a Dubbed-up cross section of his distinctive oeuvre over the last 30 years presented for your delectation.

The Latin style of percussive-heavy starter “Cleopatra King Size” has become a staple of Wobble’s live act in recent years, not an obvious setting for even a “Post Punker” but this is just an appetiser for the myriad of styles to come. For instance, the “English Folk” influences on “Blacksmith” and its Dub version are stunningly beautiful and touching; so unlikely a coupling of that kind of spiritual purity with echo riddled effects, but so fitting and complimentary. “On The Right Road” has the man himself sonorously quoting Psalm 23 and even has a few country inflections, while “Dragon and Phoenix” looks east to the Orient (not Leyton), featuring as it does the Chinese Dub Orchestra. In fact all the way through Jah utilises a variety of different contributors to fit what he has in mind, like producer/Material man Bill Laswell, the Temple of Sound and of course his Invaders of the Heart. It is amazing that these recordings span 30 years in the making as the individual pieces work so well together as a whole, sometimes “Soundclash” vibrant and strong, other times as gentle and tender as a baby’s breath. When you least expect it, the thought of this being mere laid-back “World Music” escapades are banished with the dancefloor-ready, high Disco beat of “Forest Funk Dub” and “Invaders Of The Heart (Decadent Disco Mix)”.

It would be a bit clichéd to call this a “journey” and slightly incorrect as well because it all comes back to what bought Wobble to the dance in the first place, that is the crashing sounds, echoes and cool washes of the original Dub maestros that made such a big impression on the young John Wardle in 1974 (as detailed in the accompanying booklet). It is more like as if he captured all the cosmopolitan noises that London has became a magnet for and worked on them on his doorstep into an idiosyncratic melting pot mix…..

Disc two gets off to a gentle, low key start with the sparse percussion/bass “Shinto Dub” before we’re into an echo-laden sea shanty in the form of “Last Days” and its instrumental Dub doppleganger. More traditional Reggae gets a taste of Chinese style strings on “L1 Dub” and the sweet female vocals contrast well with Jah’s more measured tones on “The Way I Feel”. There are many other tracks that could be selected as highlights but this one in particular works beautifully, far more a Rocksteady flavoured “song” that the Dub is built on than some of the more out there wandering into the realms of Jazz, film music or Eastern influences. With the more rigid nature of the source material, it means that when it is pulled out of place, the effect is more intriguing and satisfying. “Inspector Of Space” with a decidedly widescreen feel brings everything together – timeless, eternal but pin sharp and the end comes with the crowd-pleasing “Tyger Tyger”, Wob’s “jungle of music” brought to life.

As a whole “Jah Wobble In Dub” is the perfect record for these late summer, sunny days. Hazy visions of Bazaars and the bizarre, bordellos and Blues dances intermingle and the Dub element is the ultimate in cool breezes. This a fine testament to the man’s breadth of vision and taste, it is exemplary listening.