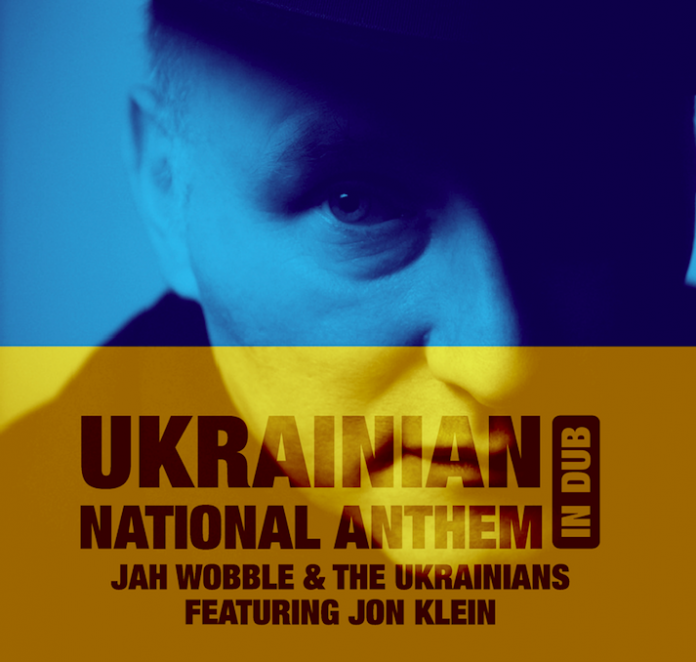 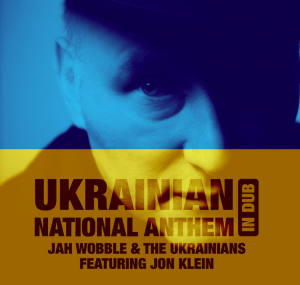 The original PiL bassist Jah Wobble, The Ukrainians and former Siouxsie and the Banshees guitarist Jon Klein join forces to raise money for the good cause.

To raise funds and show support for refugees fleeing the conflict in Ukraine, the musicians produced an alternative version of the Ukrainian national anthem. Ukrainian National Anthem in Dub sounds laconic yet deep, defined by the undercurrent of Jah Wobble’s bass, the ringing sound of traditional instruments and distant singing, coated in the mist of reverb. The track was produced, arranged and mixed by Jon Klein, the former member of Siouxsie and the Banshees, who is known for his work with Talvin Singh and Sinéad O’Connor.

Jah Wobble comments on the collaboration: “I was introduced to Len from the Ukrainians by Mark, my bass tech. I was very keen to help in any way that I could. So I enlisted the help of Jon Klein and Anthony Hopkins, who I run ‘Tuned in’ with. It’s a community music project based in the London Borough of Merton. We have built a recording studio there. Indeed, at the moment, Anthony is involved in the process of the settlement of Ukrainian refugees coming into the borough. It was a lot of fun putting the track together. And well done to Len and the rest of the band for initiating this”.

Ukrainian National Anthem in Dub is out now via the Dimple Discs Bandcamp page and will be available on all digital platforms from Wednesday, 27 April 2022.

Listen to the alternative version of the Ukrainian anthem here.

All sales go towards funding two of the main charities that are currently helping out the millions of refugees that have fled their homes – the DEC (Disasters Emergency Committee) Ukraine Humanitarian Appeal and the AUGB (Association of Ukrainians in Great Britain) Help Ukraine Emergency Appeal.