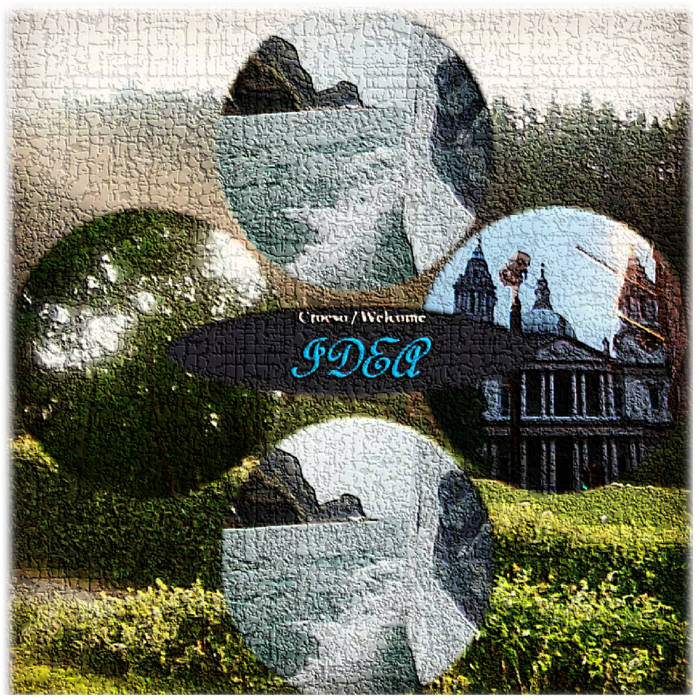 One of the best parts of being a music fan is when you discover someone just starting out who you instantly know has “it”. No need for odious talent contests or mass marketing budgets, discovering someone via a chance viewing at a venue or stumbling across them online gives you an enormous thrill especially when they deliver a work that blows you away and cements what you already suspected…that this band/artist/writer/director are going places.

This such sensation happened to this writer when I was given a tip by Matt Davies owner of Tangled Parrot Records and The Parrot Music Bar in my hometown of Carmarthen to come check out this young man named Wil who goes by the stage name Jaffro. Seeing Wil on stage playing a myriad of instruments and singing songs so original, laced with humour and pathos I knew then that this was someone to keep an eye on. Now, after listening to Idea, I know that this talent is in full bloom and in Jaffro Wales has produced one its most original, eccentric, and progressive artists in some time.

Idea is an album soaked in Celtic mysticism and natures magik. It appears to sit in with the Welsh folk scene but whereas over the years that scene got so saturated by twee musicians singing light, dainty little songs about the hills and the forests (honestly, growing up in Wales this was everywhere and turned many people off from listening) Jaffro taps into a layer of darkness that hides underneath the beauty. We may have mountains that stand tall and proud but they can feel oppressive and voyeuristic. We have rivers everywhere but where they can be serene and soothing, people also die in them. The balance between the natural and awe inspiring effect of Wales’ landscape and its dark undercurrents is one that Jaffro gets right on the money. He manages to make a music that is pastoral yet claustrophobic. More Current 93 than hippy-at-a-festival.

Idea has connections you can make to music from the past whether that be Out Of Time-era R.E.M. or the more nature-heavy leanings of early 1970’s Pink Floyd. With songs such as It’s All Rather Personal and A Mark In The Wall, Pritchard manages to sound like a peer to Richard Dawson (on the former) and an acoustic guitar focused Arthur Russell (on the latter).

Idea is bursting at the seems with, well, ideas and over its fifteen songs manages to showcase a musician who is happy playing lamenting instrumentals as he is using his voice to sing in a vast range of styles and whilst the instrumentals are as engrossing as the rest of the music on the album it is when Pritchard uses his voice that true alchemy emerges. Songs like Bullfinch and Rhifyn Di-Dda sound like multiple voices coming out of one mans mind adding to the scope and psychedelic feel to the album. This is indeed a very psychedelic album with Jaffro using multiple field recordings of the elements (wind, running water) to tie the whole thing together creating that sense you had when young and free from the worldly stresses embarking on your first mind expansion experiments with the local mushrooms. This isn’t a Sixties “peace and love” trip more a tapping in to the undercurrents that flow under the slate, earth and river veins that make up Wales.

In an album that flows as a whole it seems unfair to highlight any specific song but that’s what is about to happen as in Aequaliter, Pritchard has not only created a song so atmospheric, dense, and all encompassing, he has also created one of the finest songs this writer has heard this year. It’s a masterpiece of tension and hidden drama full of beauty and melancholy.

Idea is the album that deserves to bring Wil Pritchard to the general population’s attention. It is an album so well conceived, performed, and produced that it stands high among the other great releases of the year. If Pritchard had the backing of a label and a marketing team he would be known all across the UK by now. As it stands he is just getting on with making music that he wants, in the style he wants, when he wants. Hopefully now others will listen and get that same feeling this writer did a few years ago when I first saw him perform. For someone not even twenty yet, Will (Jaffro) has released his first masterpiece. Long may it continue.