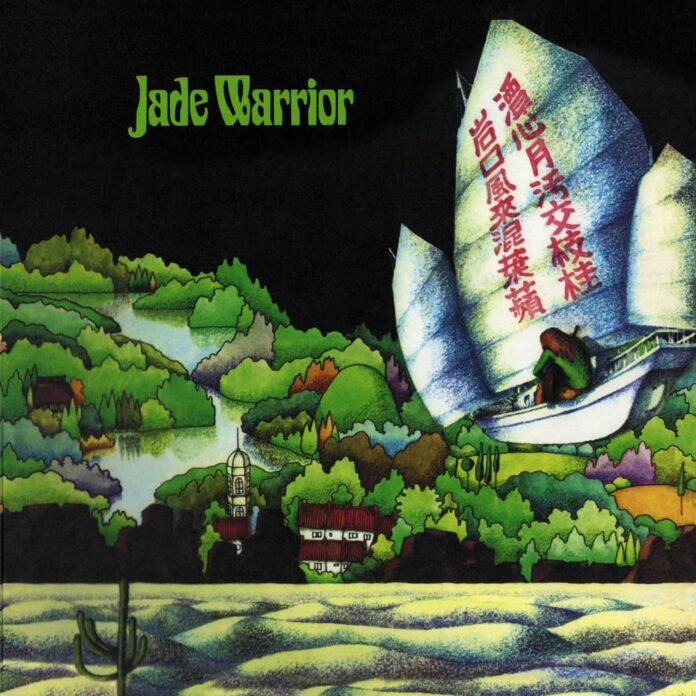 Jade Warrior had a history that reached right back to Tony Duhig and Jon Field meeting as forklift truck drivers in the early 1960s. The pair, with Jon drumming and Tony playing guitar, later formed the band Second Thoughts. This aggregation released an EP before Duhig and Field joined up with a more professional concern, beat outfit The Tomcats. With The Tomcats they enjoyed some success in Spain and released a number of records (you can read more about The Tomcats here).

On returning to blighty The Tomcats became July in 1968, a more psychedelically-inclined act that cut their self-titled debut album in the same year. It has come to be regarded as a classic over time, but back then the band quickly fizzled out. Duhig got a spot with Unit 4 + 2, who after hitting big with Concrete And Clay in 1965 were by 1969 on a bit of a slippery downward slope towards the cabaret circuit. He did meet Glyn Havard there though, a bass player and vocalist who would go on to form the first line up of Jade Warrior with Tony and Jon.

The name came from a Japanese theatre production which Field and Duhig wrote the music for, being taken with the notion of Samurai warriors that were also drawn to artistic fields. This fitted the early Jade Warrior sound well, with Tony’s loud guitar sound being a direct contrast to Jon’s light flute playing and drum work for instance. Field would also use hand drums rather than a conventional kit, which gave the band something different to offe4r. They managed to get a deal with Vertigo as part of a package with an afro rock band called Assagai with whom they shared management and a self-titled debut LP emerged in 1971.

Jade Warrior the album, clad in a sleeve of earth colours and with a marked tip of the hat to their Samurai-derived name, commences with the first ever composition by the band called The Traveller. This is a very reflective and effective introduction to their sound, with Tony’s soaring guitar giving way to sparse percussion, flute and a delicately delivered vocal. A Prenormal Day At Brighton is maddeningly catchy prog pop and the three sections of Masai Morning continue the Eastern vibe through loud and quiet periods. There is an extraordinary clash of noisy acid rock guitar and world music presumably informed by their close working relationship with Assagai, but it all makes some sort of sense and comes out sounding rather good.

The pretty folk rock style of Windweaver is a touch more conventional in sporting some sensitive flute work, but before long we segue into on another three piece jig in the form of Dragonfly Day. Its middle section (I think), Dance Of the Sun Spirit, is delightful. Petunia is a work of stripped-back prog/blues strangeness, with Telephone Girl following as a driving and riffy pop number given a funky backbeat. The sleeve note hints strongly at a likeness to Mungo Jerry and Medicine Head, but I also think I can detect a dose of Marc Bolan’s Tyrannosaurs Rex in the mix too.

Jazz guitar figures dominate on a trippy Psychiatric Sergeant and after the more laidback Slow Ride, the LP is completed by Sundial Song with folk influences to the fore until a wired guitar line and a real sense of urgency bursts in. There is one bonus track included here, the previously unreleased Telephone Girl (First Version). I found this a better cut than the album take, full of flaming psych rock goodness. Overall you could conclude that this first album is something of a curate’s egg, but the good far outweighs the dodgier moments and you can’t fault the breadth of imagination displayed here one bit. 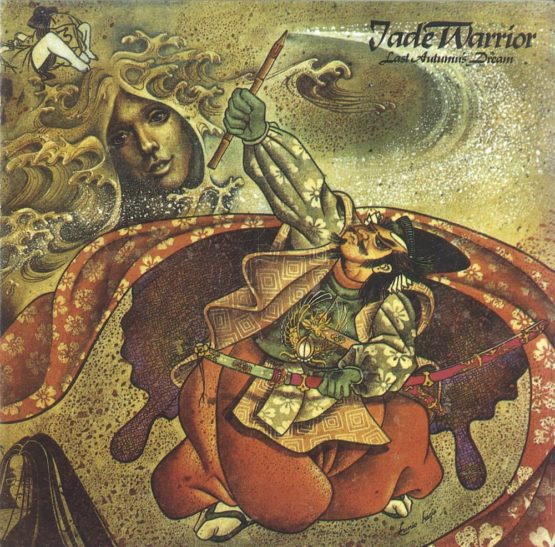 Esoteric next month). By the time of Last Autumn’s Dream in 1973, the line up had expanded to include drummer Allan Price, another ex-Unit 4 + 2 colleague of Havard and Tony. Duhig’s brother David also helps out on guitar.

This third LP commences with the stunning prog pop belter A Winter’s Tale, that has a bit of the feel of Hey Jude about it. The song was also the band’s second single and is followed on the album by the guitar heavy stomp of Snake, Dark River. This item takes the form of a meandering musical cruise through a mystical waterway with a tribal drumbeat emerging to propel it, after which Joanne moves things more towards a straight boogie rock setting that was a long way from their first album’s sonic landscape.

A sound of guitar shredding over the top of hand drums on Obedience however presents itself as a fine extension of their early sound and the delicate semi-ballad Morning Hymn is dreamy too. The glistening chords and percussion that herald May Queen quickly follow, but a minute in there is a change to an undulating bass line and some smart singing. They both contribute to a bright but chilled offering, with the noisy guitar stabs keeping it unique sounding and fresh.

The Demon Trucker was Jade Warrior’s third and final single and a reasonably successful effort at something more in the pop/rock field. A spacy and folk-tinged Lady Of The Lake and the relaxed groove of Borne On The Solar Wind end Last Autumn’s Dream on a perfectly crafted note.

After an ill-fated tour of the US Vertigo let the band go and Jade Warrior also parted company with Glyn Havard, with the age-old musical differences being at the heart of this fracture. Glyn went down varied musical path, joining the ex-Damned pair Jon Moss and Lu Edmonds in The Edge in 1978 and with the same musicians backing Akron native new waver Jane Aire as her Belvederes. Jade Warrior, now slimmed down to a duo of Jon and Tony, signed to Island Records and performed and recorded together until 1990, when Tony Duhig sadly passed away. In recent years Glyn and Jon have revived the Jade Warrior name.

Over the two albums I would have to favour the debut, which due to not having conventional drums takes a greater and more imaginative leap away from what everyone else was doing at the time. Having said that, both albums have something to recommend about them, with Glyn Havard’s pop sensibility giving the band a further edge. Though we don’t actually have much in terms of extra material, the LPs are nicely packaged and feature insight into the band’s workings at the time in the accompanying booklets. Jade Warrior were very much an acquired taste, with a musical mix that juxtaposed a rough guitar sound with often subtle instrumentation, plus world music trimmings. With these two LPs you can hear a band truly doing their own thing and as a result making something very distinctive and pleasurable.