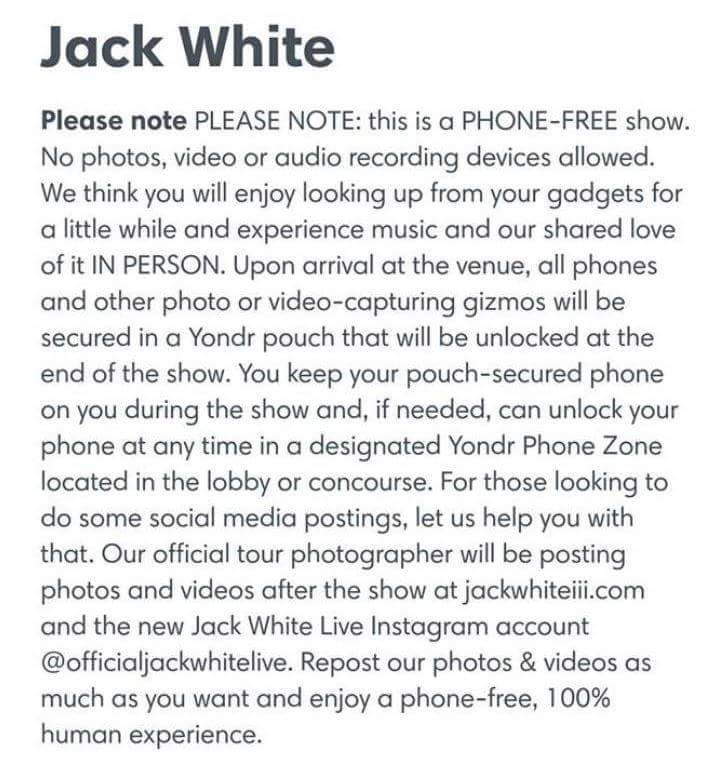 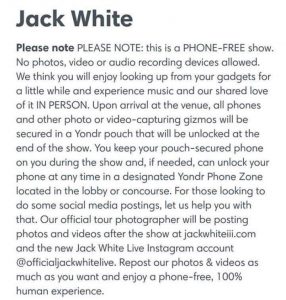 With this simple statement Jack White has banned mobiles etc from gigs. In a stand against filming and social networking at a live gig he has barred the use of phones.

2. stop being such a control freak – it’s 2018 and things have changed grandad.