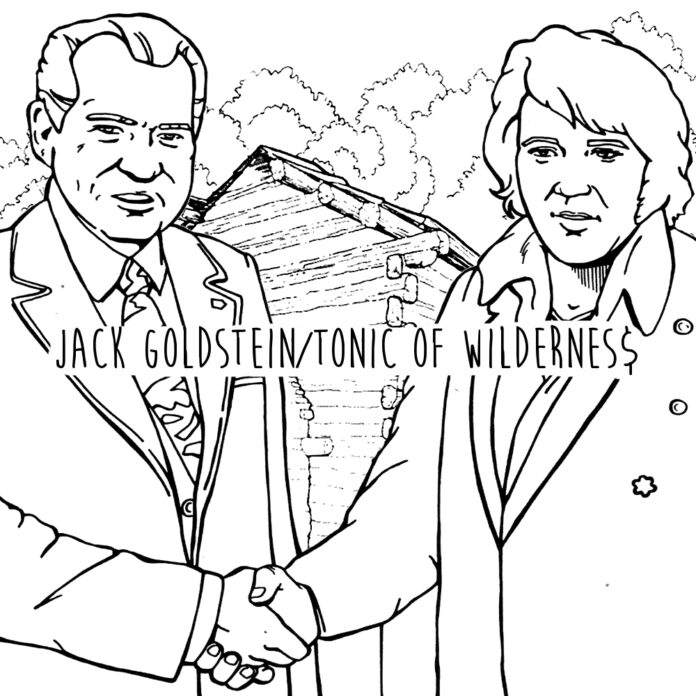 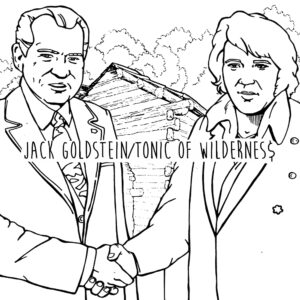 Autumn leaves have been and gone, tides have changed, cyclones have blown, Earth has frozen over and there’s STILL no bloody sign of the second Fixers album. Fear not, scurvy knave, for frontman Jack Goldstein has just released a second solo album, the follow up to 2013’s ‘Neighbours’ inspired Snow Capped Luvvy Duvvy. Now London-based, the leader of the Oxfordian psych-pop ravers has spent an entire month holed up in a Clapham squat with only rats, syringes and used condoms for company, eating from bins and crafting sounds from the most basic music software known to man on a battered old Apple Mac. It’s a work partly inspired by, in the man’s own words, “Hallmark cards of the mid-nineteen eighties and contemplating what the baby from True Romance might have been like as a grown up.” One of these sentences may not be true. If you’ve guessed which one is real, perhaps you’d care to read on? If you haven’t, why not read on anyway?

Opener ‘Thuggery Bisque’, with its manic guitars, beats and all manner of sonic tomfoolery proves something of a red herring in regards to the overall sound of the record; a dreamlike, symphonic, almost ambient meditation on love, loss, weather and, erm, Elvis. It’s a record as in thrall to nature as it is to technology, the product of an assertive suburban mind tripping on sunshine in a city park, the halogenic likes of ‘Scent Of Wilder’ and ‘Pocket of Rainbow$s’ bring to mind gentle chemically enchanced summer afternoons in gloriously carefree times of old. There’s some vivid imagery in many of the lyrics as well as the music; the almost unbearably elegiac ‘The Champ’, with its croaked proclamation of “the sun never smiles, it only laughs in your face” and ‘100 mph Libber’, with its calls to damn what appear to be bad dreams to “the depths of Hell”, are both strikingly confessional pieces, so starkly personal that you can only wonder what kind of circumstances brought about their execution. Lighter fare like the John Lennon jams with Eels to the Singin’ In The Rain soundtrack pop strut of ‘Don’t Let Me Go Now’ and The Zombies playing ‘Odessey And Oracle’ in its entirety on a packed WW2 submarine ‘Ronnie James Dio Blues’ display a tuneful confidence so sharp you could slice bread with them.

‘Tonic Of Wilderness’ is a quiet triumph; a lo-fi yet eye-wideningly expansive collage of sound taking in so many moods, emotions and samples that it’s hard to keep track! A dizzying 21st century peek into the mind of the modern day composer, an aesthetic fed on pop culture and TV as much as the pioneering sounds of old with a sideline in the art of pranksterism, Shostakovich meets Jeremy Beadle. Now, about that next Fixers album….

Tonic Of Wilderness is available on Jack’s Bandcamp page where you are free to pay as much as you wish for it. It will also available as a limited edition, hand numbered 12 inch vinyl on 25th September and is available to pre-order from Attracted Vinyl’s website and Rough Trade. All proceeds go towards kitty litter and falafel.