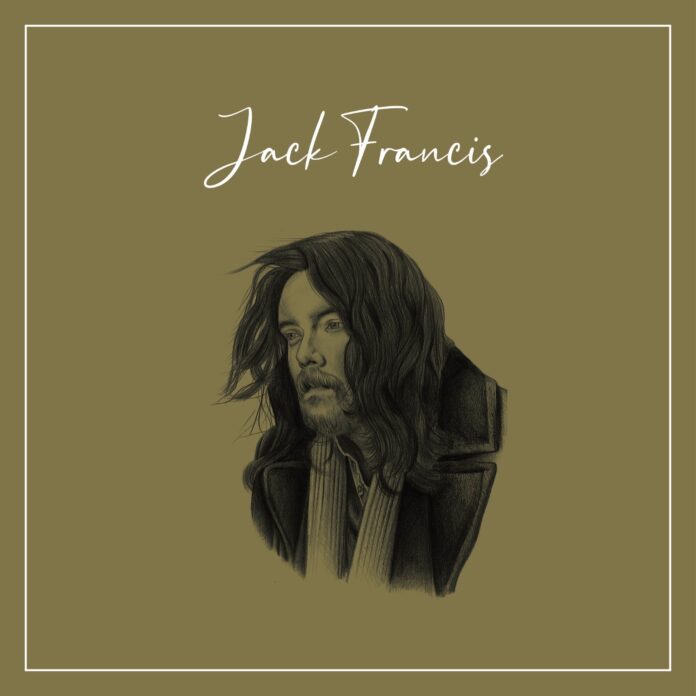 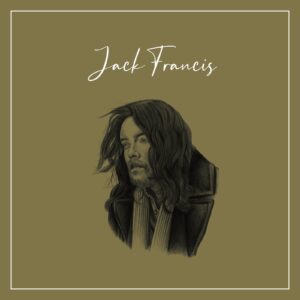 After first making his name on the local folk and Americana scene in his native Southampton, Jack Francis finally releases his self-titled debut album. Ian Corbridge reviews for Louder than War and is in no doubt we are in the presence of a shining new song-writing talent whose velvety tones and authoritative lyrics display a maturity well beyond his years.

Louder Than War first encountered Jack Francis back in 2018 at the Brook in Southampton when he played a solo acoustic set in support of a Tenderlore album launch show. It was evident even then that there was a significant talent waiting to get out and be heard. Now fast forward right through that dreaded pandemic period and hopefully out of the other side of it and we now have the exciting prospect of Jack’s debut album which is ready to prove those early high expectations absolutely right. But as is often the case, this has not been an easy ride.

With Irish heritage, studies in musical performance at university and an involvement in bands from an early age, a musical career seemed almost inevitable for a young Jack Francis. However, things did not work out at the time and he lost that spark, reluctantly succumbing to a more conventional lifestyle for a time. But a subsequent visit to New York was enough to provide Jack with the inspiration and a renewed desire to return to his musical routes and give it another shot. And thankfully, once he had made that decision, there was no turning back.

Jack dusted down his guitar and put pen to paper once again to translate his vivid imagination into beautifully crafted songs and returned to the road, covering the length and breadth of the UK. Just as crucially, Jack was steered towards Rafael Pesce who owned the Spiritual Bar in Camden which would quickly become a regular haunt for Jack’s solo gigs. This not only allowed Jack to develop a reputation as a captivating performer, but also to build a strong and important relationship with fellow performers on the Americana circuit, Ferris & Sylvester.

By the time Jack returned to New York and then Nashville only two years after his initial visit, he was in a completely different sphere of his life and it was not long before Jack found himself performing at major UK festivals and being lauded by the likes of BBC Introducing and BBC 6. And now moving onto his debut album, it is clear that Jack has been able to channel all of these life-affirming experiences into an outstanding collection of songs.

Opening song and first single from the album, A Little Love, eases you in with just Jack and his acoustic guitar before bursting into a joyous melodic opus oozing character and charm, as it explores the emotional turmoil which we may all encounter at various stages in our lives. The swathes of Hammond organ and trumpet add a real depth and richness to the sound and the memorable chorus lines make this an instant classic which you will struggle to forget. And in declaring “I need a little love now, more than ever”, I already have little doubt Jack is going to get plenty of that in the future.

Silver Lining ventures into country soul territory with a jaunty toe-tapping rhythm which pays more than a nod to The Band’s Music From Big Pink and The Basement Tapes. Holiday slows it right back down as Jack declares “Alone I am lost in the crowd” as he yearns for a loved one who is obviously far away. Wild Eyes is classic Americana which could stand up to comparisons with the likes of Ryan Adams at his lyrical and melodious best.

In Driftwood, Jack strips it right back to the bare bones of his acoustic guitar which allows him to showcase his hauntingly beautiful vocal delivery and his remarkable songwriting talent. I just found myself getting totally lost in the moment as he conveys such a tranquil setting through the narrative.

Helena leaps from the grooves in such a big way that it would send a tingle down the spine of even the most hardened of Springsteen fans. It’s a huge nod to some of the great music from America’s heartland. As Jack himself explained “It was written after a dream I had where Bruce Springsteen was outside my house singing and playing guitar, sitting in the bed of a 1950’s Ford pick-up truck. He was playing this song. I woke up at 6am and wrote the whole thing down in about five minutes. It was all in the dream – the lyrics, melody, chords, everything. I had to frantically search the internet after to make sure it wasn’t a song that already existed!”

The opening blast of Irish fiddle on To Mean As Much To You transports us immediately back over the big pond to Jack’s family heritage as he delivers a simply gorgeous ballad. The Wheel is again fuelled throughout by a classic Hammond organ which underpins a song of yearning and frustration of a man trying to work out his place in life. As the slide guitar and epic sounding strings kick in, the song builds to a climactic conclusion.

Cold Hearted Little Man rounds off the album with a nod to classic 60’s rock’n’roll replete with handclaps and a driving rhythm, bringing this very fine album to an uplifting and rousing conclusion. 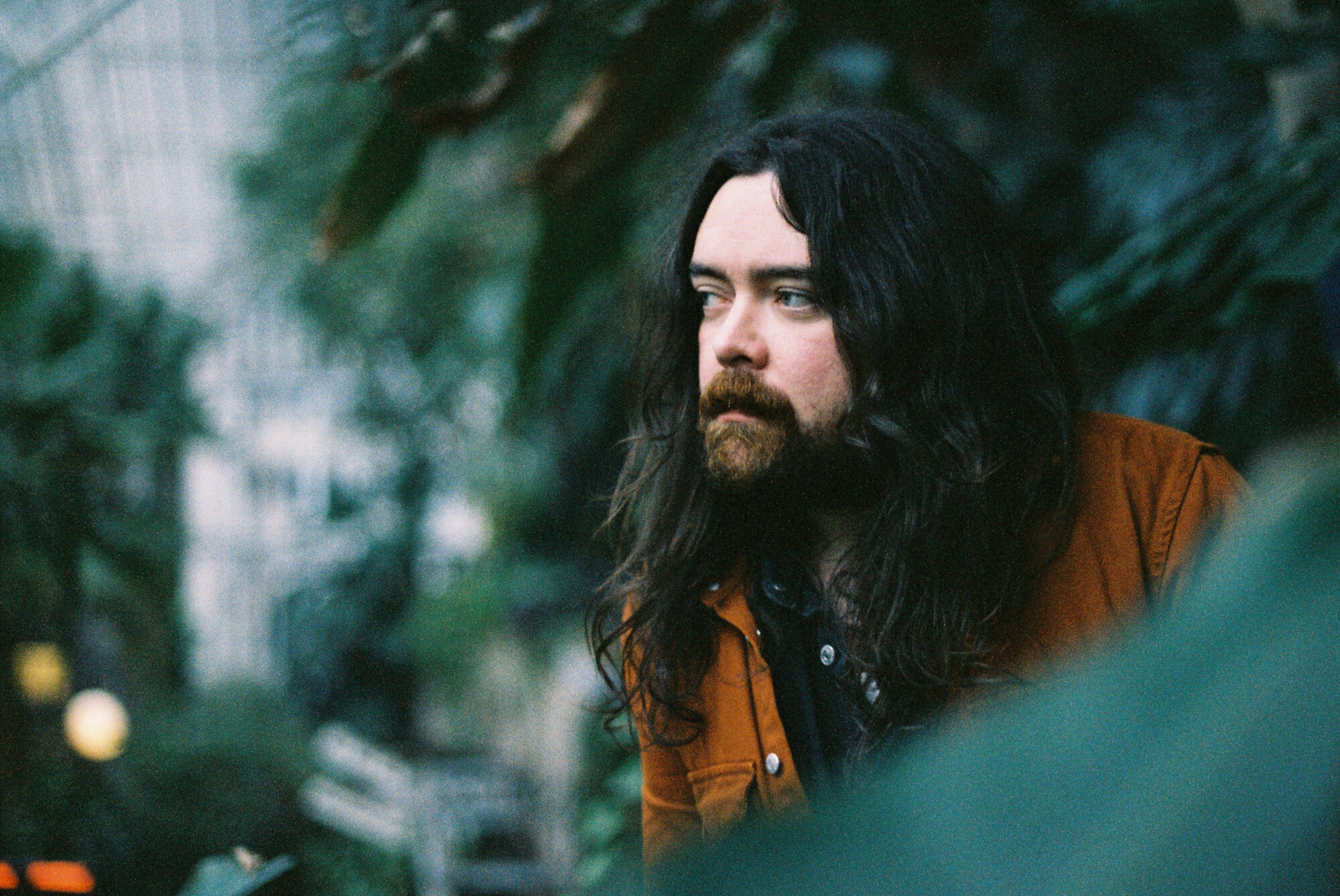 Whilst the whole pandemic saga has been a huge blot on most of the musical landscape over the past couple of years, it seems in the case of Jack Francis it has provided him with both the time and the incentive to focus on putting this album together, so we must see this very much as the silver lining. The album was recorded with the help of his Spiritual Bar comrades Ferris & Sylvester in their house in Wiltshire in which they boast an impressive array of recording equipment and instruments, including that Hammond organ. Much of the instrumentation was performed by both Jack and Archie Sylvester, alongside Ross Gordon on drums and the help of a bunch of friends.

Together with its heartfelt lyrics and their soulful delivery, this is an album rich in melody, warmth and charm which draws out Jack Francis’s musical influences in such a way that he makes a sound which is very much his own. It will be well worth catching Jack’s album launch show with a full band at The Slaughtered Lamb in London on 3 February 2022 and you can get tickets here.

Rarely do you find an artist such as Jack Francis who can produce a debut album with such maturity in both the sound and the lyrics and this is already a strong contender for one of my top albums of 2022. This whole album should be declared an area of outstanding natural beauty and Jack Francis is definitely an artist with a very bright future indeed.