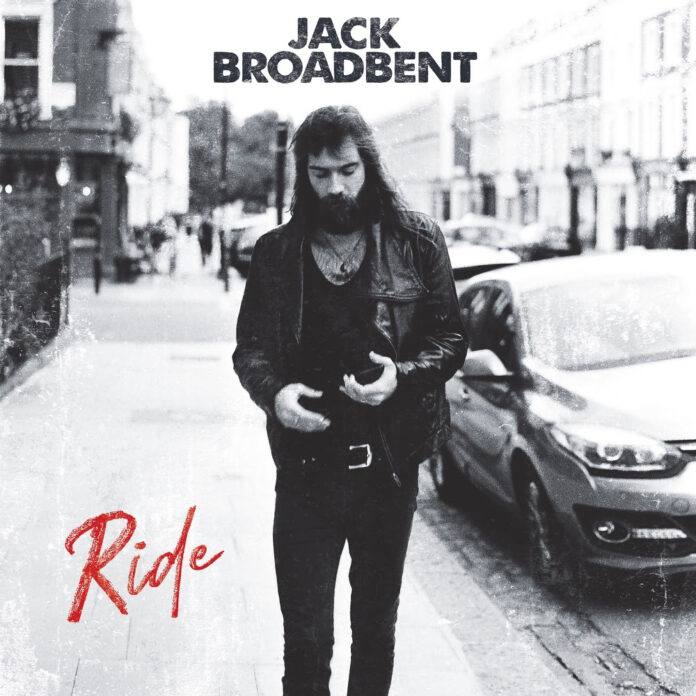 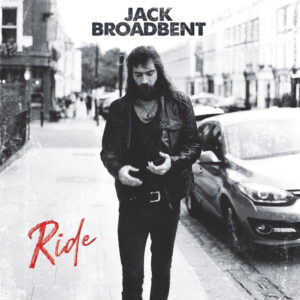 Jack Broadbent’s fifth album, Ride, proves once again to be a genre-defying collection of finely-crafted songs with real heart and depth and a whole load of rhythm. Ian Corbridge reviews for Louder Than War and fully absorbs this vibrant mix of blues, alternative rock, Americana, and folk, all underpinned with Jacks gritty blues-inspired vocals and his masterful use of the slide guitar.

I think its fair to say that Jack Broadbent considers himself first and foremost as a singer/ songwriter and not as a blues guitarist, although many will quite obviously point towards the latter as a defining factor of his considerable musical talent. But this does reflect strongly in the four albums he has released to date which showcase not only the high quality of the catalogue of songs that he has built up, but also the many genres and styles of music that he has absorbed from blues, alternative rock, Americana, and folk through to a sprinkling of pop which he is certainly not ashamed to draw out. So against this background it comes as no surprise that Jack Broadbent’s fifth album, Ride, is once again a joyous meld of so many styles and rhythms, albeit this time with a distinct rock’n’roll vibe.

Born and raised in rural Lincolnshire, Jack cites his father Mick as one of his biggest influences, not surprising given Mick’s own prowess as a musician which included a stint in the 70’s power-pop outfit Bram Tchaikovsky, as well as playing bass on this new album. Developing his own style through first playing drums in his fathers band and then moving to guitar as a means to support his growing interest in song writing, Jack’s penchant for the slide guitar really started to take off through hours spent busking. But whilst he might have taken some reference back to artists such as John Lee Hooker and Little Feat, Jack was always keen to develop his own individual style of playing to feature within the songs he was writing. 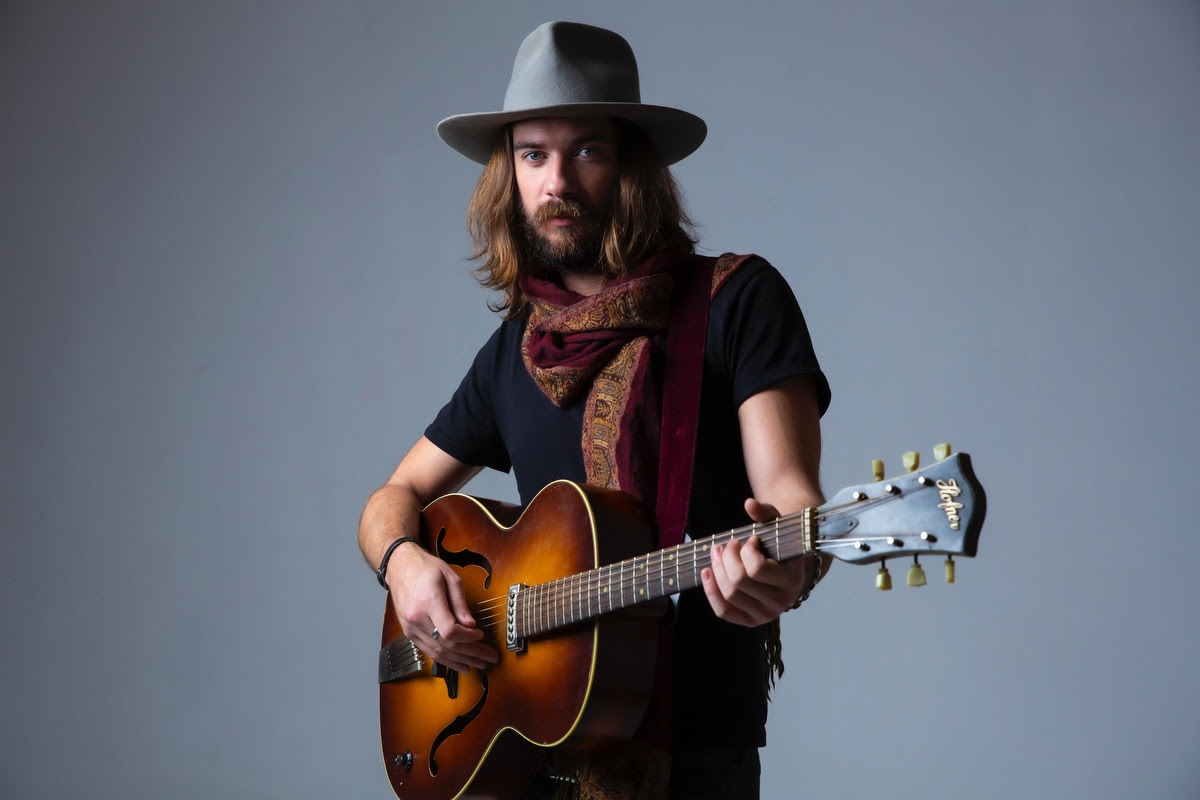 My own first encounter with Jack Broadbent proved once and for all that first impressions always stick when I saw him supporting Ronnie Wood in Manchester in 2019, a show covered by Louder Than War here. My observation then that Jack was “a masterclass in slide and blues guitar with a great vocal delivery” certainly rings true more than ever after hearing the new album Ride and that key element of diversity is something that really sets this album apart from many of his contemporaries.

The onset of the pandemic and all its ramifications stalled Jack’s usual preference for writing songs on the road. He then turned his attention towards a solo acoustic project, that is until he hooked up with Quebec-based drummer and co-producer, Mark Gibson, given Jack has been living in Canada over recent years. As Jack explains “we started playing some of the more rock’n’roll stuff I had, and we couldn’t deny that there was a kind of vibe happening. So, I just went full steam ahead in that direction which brought the sound of this album into focus. We built on those grooves and ended up with the rock’n’roll record I’ve been wanting to make for a long time”.

Ride immediately sets the tempo of the album with a deep, meaningful and intense groove alongside Jack’s now trademark gritty vocal style. With the opening line he declares “We put dreams in our pockets” as he immediately takes us on a gripping rock’n’roll adventure with the stark message “ride along with me now or wait until I’m gone”. Well, there is little doubt that I’m on board for this particular journey however long it lasts.

Jack describes I Love Your Rock’n’Roll as “an homage to the bands that I like” as its driving rhythm underpins some mesmerising slide guitar breaks. Meanwhile New Orleans has a much more reflective tone as it opens with a delta blues style shuffle as it goes on to celebrate a city which he clearly loves as he “can’t kick the fever, I’m addicted to this town”. This is a city most definitely on my bucket list.

Hard Livin’ starts as a slow melancholy blues centred around a story of love, loss and heartbreak which builds into a frenzied and dramatic climax with an extended solo which has more of a southern rock vibe. Midnight Radio has a late night feel with its more laid back and light hearted groove, infused with a whole load of swing. Jack describes this as “a song for the night owls, for the people that love their music by moonlight and stars”. This is a folk-blues-jazz fusion with real feeling and he really is talking my language here.

Baby Blue feels like a slowed down version of Yer Blues from the Beatles’ White Album as its strolling blues rhythm takes us through what appears to be an attempt to reconcile a broken relationship. Grace is immersed in a more spiritual side of the blues in its search for freedom and a new way forward with an intense blues harmonica break which is infused with more than a sense of yearning.

Final song, Who Are You?, opens with a slow self-reflective and ambient mood as if in search of his inner self, before bursting into another guitar-infused driving rhythm as he continues his journey, noting that “I’m changing, changing, changing as I go”. And so the song switches back and forth as the trip seems to revolve in a seemingly endless cycle leaving you wondering exactly where he will end up.

Through Ride, Jack Broadbent demonstrates once again his remarkable and almost unrivalled talent on the slide guitar which seamlessly interweaves within his deep and gritty vocal style and his masterful rhythmic grooves, all of which are underpinned by tight and metronomic drum patterns and subtle bass lines.

Listening to the album from beginning to end I felt like I had been on a road trip, weaving back and forth through various emotions and there is no better storyteller than Jack Broadbent to be my guide. And with the quality of what I have just heard, I have already bought my ticket for the next leg of the journey and I cannot wait to find out where that will take me.