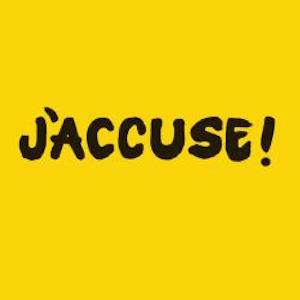 Jack Adaptor are a band comprising ex-Family Cat man Paul “Fred” Frederick and multi-instrumentalist/studio whizz Christopher Cordoba. Operating very much on their own terms as a studio rather than live entity, this is the duo’s fifth full-length offering. Louder Than War’s Philip Thompson reviews.

The album starts with an absolute stone-wall bone fide catchy-as-hell killer opening track in “Number One Record”. Electro-guitar pop with a great hook it’s one of those songs where you (and I did) hope that the real ending is a false one and it’s going to come back in for another chorus. You gotta love a crackin’, Big-Star-referencin’ tune that leaves you wanting more.

There is no let down in quality with the second track, “Get It Right First Time”, either and you realise at this point that Jack Adaptor are not going to be tied down to a musical theme with this record as they effortlessly shift into surf guitar, smoky New Orleans bar type mode, resolving in a chorus to die for. I find myself musing particularly that this is the kind of song I wish The Eels were producing these days- it has that vibe, but better.

So, two tracks in and we think we know where we’re going. Wrong. Next up is the claustrophobic guitar and electronica of The Circle, an affecting track which gives us the first glimpse of the dissatisfaction bordering on anger at the heart of the lyrical concerns of the album. “I’m not like them” opines Fred of the ‘ordinary’ people “sucking up Fox news”. Is it a diatribe against 21st century values? Fred spits the line, “behind every question is a loyalty test” by way of answer. The playing is inventive and economical, being careful not to stand on the toes of the message. The theme of this track is seemingly further explored in the next, the itchy bossa nova beat of “If Not Now When?” (suggesting the completion of the adage- “…if not you, who?”) “We are guilty as hell above all others, doing absolutely nothing when the fighting starts”, the song perhaps acknowledging a dissatisfaction with the status quo but an apathy at being able to bring about change.

Next track, “Zodiac Bones” executes a further musical left turn, coming over all optimistic and downright funky in the process. A contrast to the previous track musically as well as lyrically it extolls “seeing life in a better light”. You can’t help but smile- we are complicated creatures of many often conflicting thoughts and emotions and here, seemingly is an album which seeks to reflect that. Or maybe I’m reading too much into it and that’s just the way it came out. Either way it makes for compulsive listening.

Next up is “Paper Thin”, a protest song with a difference, the inner turmoil of lines like “I’m in conflict with myself” and “I’m splitting in two” a stark contrast to songs which deal in absolutes of opinion. The lyric highlights the indecision at the core of wanting to do the right thing. It is a sublime song which resolves itself (perhaps ironically given the apparent song subject) into a beautifully musical ending.

The next track is called “VU”, and for those of us maybe of a certain age, certainly of a certain record collection, the subject is a familiar one. It is knowingly ‘cool’ and, to me at any rate, reaches out to anyone who ever raided their older brothers’ record collections, referencing as it does the first Velvet Underground album (listened to “for the thousandth time”!), “on the original label with the unpeeled banana”. This track bears a cheeky grin and is redolent of XTC in their more pastoral moments. Which is never a bad thing. And any track in rock ‘n’ roll that can sneak in the word “archipelago” has got to be a winner, hasn’t it?

“Wall Builders” takes a swipe at borders splitting the inhabitants of the world up, inevitably pitting us against each other, over an electro-blues workout which is wonderfully understated, leading us into final track, “Antonin Artaud”. Dating back to the Family Cat days Fred has always had something of a literary/classical bent and that is to the fore here, used to great effect to illustrate a personal anger. It’s hard not to think about an upcoming general election when Fred sings of there being “no escape from their fundamental righteousness” and that the “rule (role?) of ignorance makes me nervous, makes me furious”. “Human error will rule the world” anyone? Well, quite. An excellent end to an excellent album, which covers so much ground musically and lyrically over its nine tracks (really? Just nine?)

Finally then, a rare beast; an album that bears repeated listening, that doesn’t treat you like an eight year old, that demands you come and meet it half-way. On that last point, the clues are there in the references to classic albums of yore. This album IS an album, steeped in the tradition of the album, regardless of what the the Ipods or Spotifies of this world might have to say about the piecemeal way we should consume our music these days. In this way J’Accuse does not patronise the listener, instead demanding a degree of attention. It has that mix of knowing-with-a-dash-of-arch which is so difficult to achieve without being pompous (is you listenin’, Bono?). It is an album, and by extension Jack Adaptor are a band, not overtly chasing love or popularity at any cost. It is art and is a welcome reminder of an age when our entertainers were ARTISTS.

J’Accuse (great title in light of all this) is intelligent pop music with suss which maintains that there is still something of worth to be done with that form of expression. In doing so, it leaves a question hanging in the air; why is no-one else doing this? Jack Adaptor, take a bow.

All words by Philip Thompson. More writing by Phil on Louder Than War can be found here. You can follow on Twitter and check out his band Bug at their website – see more here.