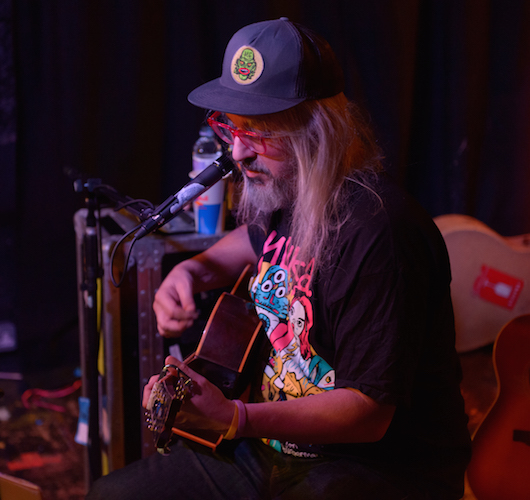 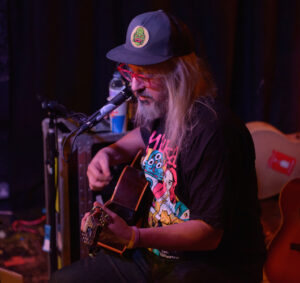 An awe inspiring performance by one of the greatest guitarists to ever walk the earth, a set performed with the utmost ease. J Mascis is nothing short of a living legend and tonight we see him at his absolute best.

What a wonderful way to open this years account, J Mascis has long been one of my heroes. Despite seeing him with Dinosaur Jr. this is a truly rare and exceptionally exciting prospect, despite the arctic conditions outside this evenings venue is packed to the rafters.

Luluc take to the stage early on and play a beautiful set, filled with spellbinding folk music. However, it seems to be somewhat lost on this evenings crowd, they’re just that bit too quiet for a crowd expecting a member of one of the worlds loudest bands.

Prior to taking to the stage the excitement in the room was electric, as J takes his place on a solitary drum stool in the centre of the stage collecting his guitar. He greets his baying fans before launching into Listen To Me, I’m immediately hit with J’s sheer brilliance. One man and his guitar is all that it has taken to shock me into silence. 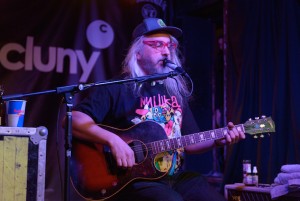 In all fairness there may be the obvious lack of drums and bass but J is a one-man powerhouse of epic guitar proportions. Despite my inability to actually see J for most of his set, it’d be almost impossible not to hear him.

Launching into Drifter, it’s an astounding display of his guitar prowess. When hearing this track for the first time on record I was under the impression that there were multiple instruments involved. How wrong was I, staring on in complete awe, I’m amazed at how easy he makes everything look.

Despite playing an acoustic guitar throughout the evenings set, he turns it into a growling electric beast, for a number of Dinosaur Jr. tracks like Out There and Alone. It seems plain to everyone here tonight that there is very little that J cannot do with a guitar. I’m once again lost for words as he flits between beautiful delicately picked acoustic guitar and seething electric fuzz during Pond Song.

He also treats us to a couple of truly epic covers, the first being Fade Into You by Mazzy Star. This is one of the quietest elements of the night but the entire room is silent, his guitar turned down allowing his vocals to shine out. This is by far one of the highlights of the evening, his delicate voice sounds otherworldly again J floors me with his endless talents.

He closes out the evening with one other cover which sets this packed crowd alight, again his guitar prowess shows as he shreds the opening of Just Like Heaven by The Cure. This is just one final reminder of how amazing J truly is, he finishes up and thanks the crowd.

He is a man of few words but when you can play guitar like that words are supplementary. To say I’m in awe of him would be an understatement he is a living legend.