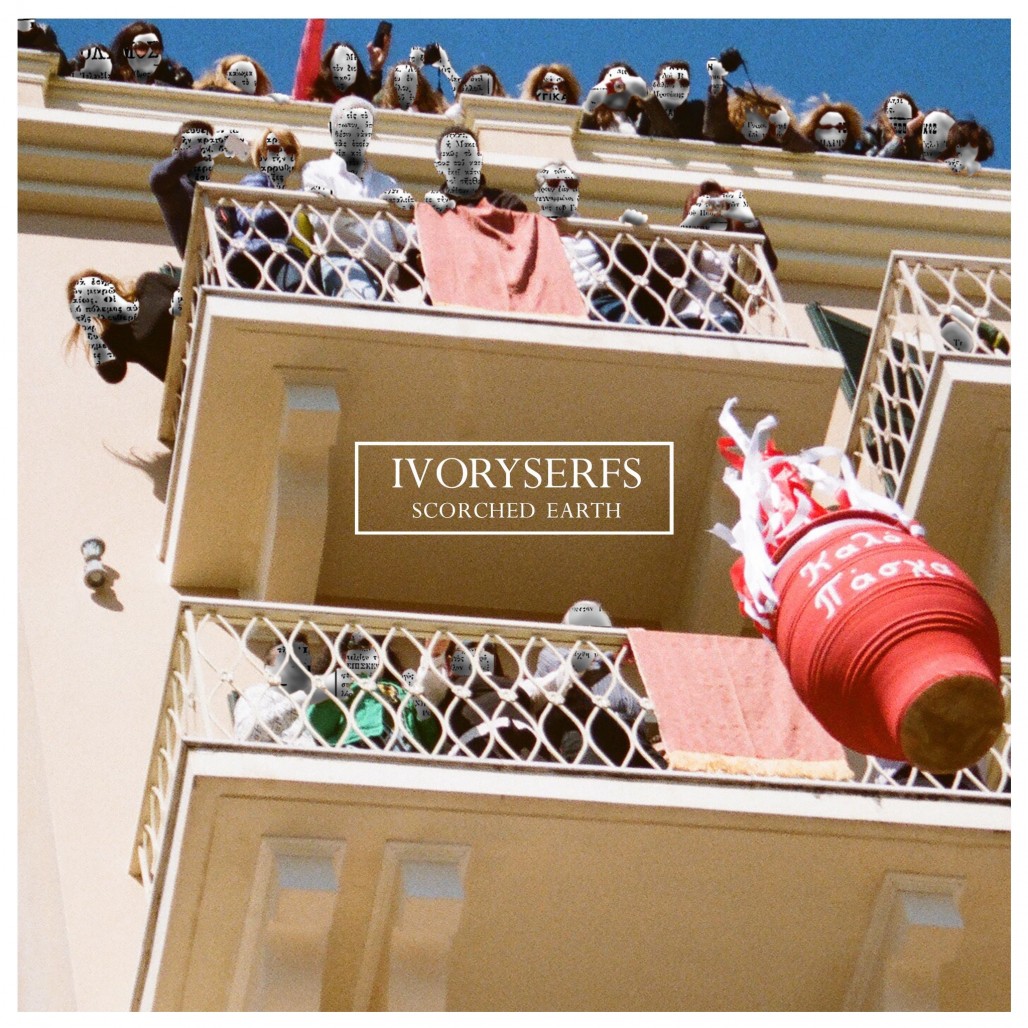 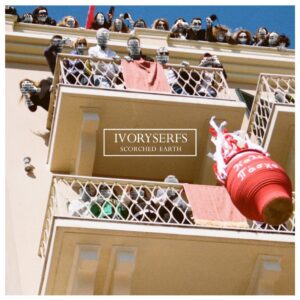 Can you remember the last time a song completely spun you off your axis? You know, a tune that made you want to rant at complete strangers; bellowing and spitting in their face about the fact that a piece of music has inexplicably broken your mind with the weeping majesty of it all. Let’s face it – it doesn’t happen all that often – but when it does, it’s like opening The Ark of the Covenant and having your fucking face melted off. Yep, great music leaves an indelible mark.

The latest song to metaphorically singe flesh to such an alarming degree, is the aptly named Scorched Earth, by Nottingham four piece Ivoryserfs – a track, which is without doubt one of the musical high points of the year thus far.

The spidery guitars that usher Scorched Earth into life, sound like the ominous precursor to an all-out anxiety attack. In a fifteen second intro, the feelings of jittery panic and frayed nerve endings that assault the human body when the fight-or-flight response kicks in, are somehow made an audible reality by a block of wood with some nylon strings attached.

From then on out, prime Chilli Peppers funk and Radiohead prog, wrestle it out like Big Daddy and Giant Haystacks in their 1970s and 80s heyday, laying a foundation for lyrics which obliquely sum up an age of political disillusionment and the downright Orwellian horror of Britain 2015. When front man Andrew Tucker sings “’Oh lord, what was it worth?’cries the simpering voice of institutionalised nothingness ‘This is it. This is scorched earth’. Heads of state will roll, last gasp of the gas mask status quo”, your conscious mind may not immediately know what he’s singing about, but the knot of fear in your gut will tell you the end-of-the-world is fucking nigh.

For four, glorious, jaw dropping minutes, it seems like Ivoryserfs are the only band on earth that matter, and even before the final notes of Scorched Earth fade, you just know you’ll be humming and dissecting this bastard whilst in the bath, on the shitter and in the supermarket. It’s just one of those axis tilting/disciple creating songs.

Obviously, only time will tell if Ivoryserfs can maintain this level of quality, but if future releases are half as good as Scorched Earth, then world domination is surely imminent.