Home Blogs Ivan Kral: A Tribute And The Unpublished Interview 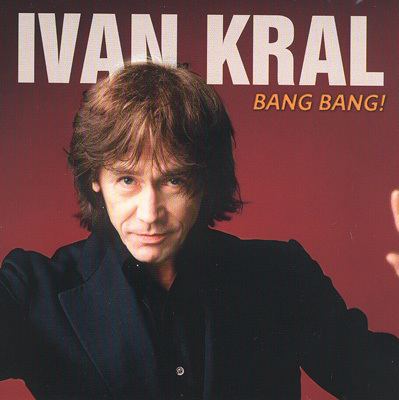 In January 2011 Mudkiss Fanzine asked me to interview Czech-born, musician Ivan Kral. On February 3rd 2011 Ivan replied via email to 5 of my questions, bizarrely 9 years to the day I received news of his death. He didn’t get to finish the last 5 questions, for reasons unknown, but maybe life got in the way. It was never published, so here for the first time is my very short interview with Ivan Kral.

John: Were you interested in music and composing music from an early age?

Ivan: Yes. My parents listened to classical music, so I heard it constantly. I think I composed some horrible piece on the piano at age 5. Later, Ella Fitzgerald, Billie Holliday, Louis Armstrong, Emma Destinova and Czech composer Jaroslav Jezek’s music filled the air. It dawned on me that a great two-minute song was as exciting as a symphony. Who needs 30 musicians and all that structure and control? One good song and singer it’s all you need.

How did your early years in Prague affect your outlook on life and your music?

We only knew the world within our closed borders. This was back in the 1950s under strict Soviet control. When I heard Lucille by Little Richard through Radio Free Europe, it was so thrilling. I was mad that our government jammed radio signals. I discovered our miserable existence when we were denied music, TV and clothes from the West.

What was the first band that you were in?

Saze (English translation: Soot), after that Lucille moment, I wrote songs on guitar and formed Saze band in high school. I wrote and sang in Czech but we also played a Chuck Berry song one time. Our record was on the Hit Parade just as I defected to States at age 18. I thought I blew my chance to ever make a career in music. I almost stayed behind!

When did you meet David Bowie? 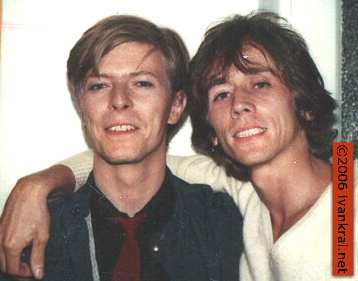 In 1979 at Rockfield studios in Wales. We were recording Iggy’s “Soldier” album and became friendly. I didn’t know if I was in Iggy or Patti’s band because I flew there from Florence, Italy after Patti Smith Group’s last show.
From the stage, I filmed a wild audience of political protesters, riot police and crazed fans – very exciting but tense. Quite a contrast to the serene welsh countryside and horses.

How did you meet Patti Smith and collaborate with her?

I studied the great poets, like Rimbaud and Baudelaire, in college. In about 1973, I saw Patti passionately reciting poems in New York. She formed a band so I auditioned on bass and guitar. We collaborated on Horses plus three more albums until she disbanded in 1979. When she returned as a solo performer in the mid 90’s I was already back in Prague, composing for films and singers.

Ivan Kral was a renown guitar player, songwriter and producer. He worked extensively with Iggy Pop and Patti Smith, but also Blondie and other bands. Kral is most known for his work with Patti Smith in the 1970s, writing the song “Dancing Barefoot”, later to be covered by U2. Kral can be heard in many of Patti Smith’s classic albums, including Easter, Wave, Horses and Radio Ethiopia. He collaborated with Iggy pop, writing the track Bang Bang with Iggy, he also played on the albums Soldier and Party.

There were some unfinished projects for Kral in the early years. He had met Bowies former guitarist Mick Ronson and talked of getting a band together. Kral was slated to work with Chris speeding and John Cale, but the projects never came to fruition.

Ivan features in this recording of ‘Because the Night’ with the Patti Smith Group at The Old Grey Whistle Test, filmed at the BBC.

Kral was the subject of a 1995 TV biopic ‘Dancing Barefoot’ directed by Zdenek Suchý, which features many clips and Interviews. Ivan won a Czech Grammy Award for best producer, best video and best song.

Kral was also a filmmaker and released ‘The Blank Generation’ with Amos Poe, he had learned to use a 2nd hand super 8 camera and recorded his bandmates from the early NYC punk scene, mainly in CBGB, featuring such bands as Blondie, Ramones, New York Dolls, Television, and Jayne county.

Ivan’s album ‘Always’ was to be his final recorded release in 2014. He sadly passed away on February 3rd 2020, he will be missed by many.

Ivan Kral’s website can be found here with lots of interesting stories and photos throughout the years. See more about The Blank Generation movie here.

Words and interview by John Wisniewski (this is his first piece of writing for Louder Than War).