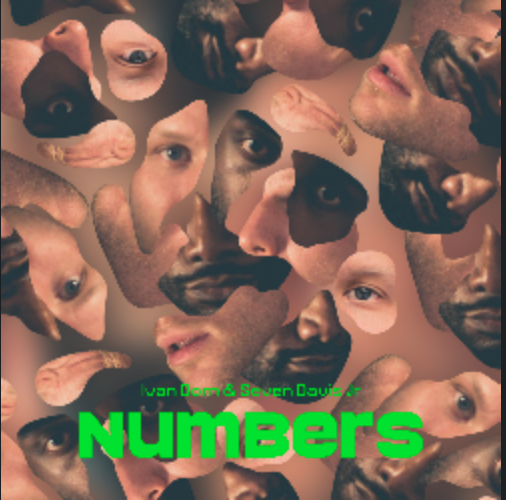 “A superb union of creative voices, almost jazz-leaning in its embrace of new ideas, with a deft rhythmic bounce.” Clash

Taking a gleefully scattergun approach to its references, the jazz-tinged beat-led record is a feast for the ears. It’s unrepressed in its eclecticism and intelligent in its rearticulation of the familiar in order to present something new.

Recording the EP with Seven Davis Jr in Los Angeles – at Red Gate Recorders – was a full-circle moment for Dorn. Dorn lived there to write and record his first English language album, OTD (2017), and bought his first Seven Davis Jr record at that time.

It wasn’t until the Ukrainian took the chance of asking Sev if he wanted to get in the studio over social media that Sev transformed from being the man on the sleeve into a musical ally. And with two LA sessions, and one Kiev session, under their belt, it proved enough to birth the studio EP that’s out today.

Of his decision to embrace Dorn, Seven Davis Jr says in a statement: “You never really know what good things will happen in your life. That’s why I’m grateful to have an open mind. Otherwise how else would this project have happened? A Ukrainian and African American collaborating on an EP together. The music, I think, is very different… in a good way.”

Meanwhile, Ivan Dorn speaks of feeling like kindred spirits. “The whole process felt right from the beginning – it felt mystical seeing his first ever message arrive whilst I was listening to his track ‘One’. And when we met I felt as if I’d known him a lifetime. I’m pleased that we’ve created this unique collaborative work to share with you all.”

As for the live release, the video is unmissable. Artfully shot, it’s the only music video filmed in Kiev Natural History museum you’ll see today.

About Ivan Dorn: his solo career is one of the post-Soviet pop scene’s greatest achievements. With three LP’s and an impressive array of singles and collaborative releases, the singer’s become widely recognized as one of the most creative and entertaining acts to emerge from Ukraine in a generation. His cultural footprint to date is strong but is beginning to blossom as he becomes more of a global concern.

Seven Davis Jr, meanwhile, is known for having been behind the scenes for years as a ghostwriter. But was thrust to the forefront with the success of his EP One. And subsequent records, which include his LP Universes, which Ninja Tune released in 2015, have kept him being recognised as one of electronic music’s true artists.

Together they’re a potent force.