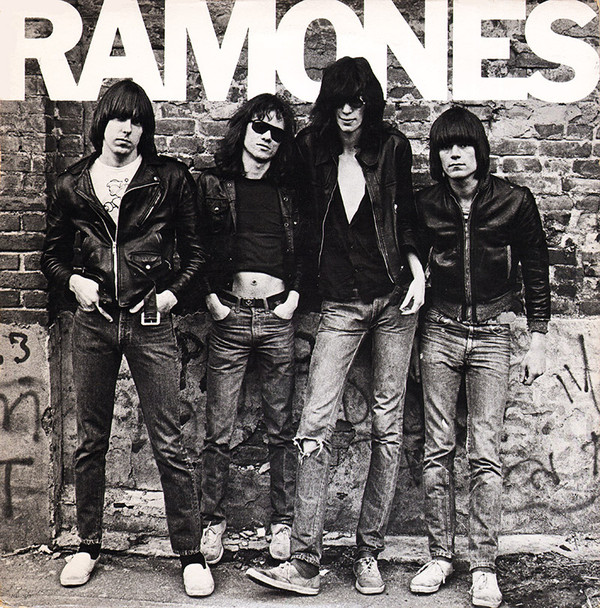 45 years. That number can mean many things, from 7-inch singles that spin at 45 rpm to sapphire anniversaries steeped in nostalgia. Today, it’s a red-letter day. Forty-five years ago on April 23, 1976, the Ramones released their self-titled debut album on Sire Records.

Time runs fast and slow, so how strange it is to think that nearly five decades ago on this April day, Ramones landed at New York City record stores that have since become touchstones of punk history. I’m thinking about the short-lived Discophile in the Village that enticed CBGB crowds from 1976-1984, Sounds on St. Marks Place, Subterranean near the W. 4th Street subway station, and Bleecker Bob’s on W. 3rd Street. Those shops have since closed, replaced with chain stores and bougie boutiques. Although they’re part of the past, the memory of them persists in celebrations of the Ramones and the NYC scene they helped define. Recognition of the contemporaneous pastness of the band itself, and the long-gone storied venues where the Ramones played, evinces an uncomfortable nostalgia. It’s still surreal to realise that every original member of the band has left this world – wearing leather jackets and maintaining their status as three-chord wonders, I hope, in a punk rock heaven.

For me, the Ramones will always be present. Their debut album changed my life, and it’s the Ramones who will always materialise in my mind when I think about progenitors of punk. Yes, reader, I know you might disagree. Like you, I’m sure, I love Iggy and the Stooges, and yes, I wish I could have been at that Sex Pistols gig at the Lesser Free Trade Hall in Manchester. But if I had just one ticket for time travel, I’d go back to CBGB in the 1970s to see the original lineup of the Ramones for a hometown show. After all, the Ramones, for me, are the definition of punk, and it all started with the Ramones LP. 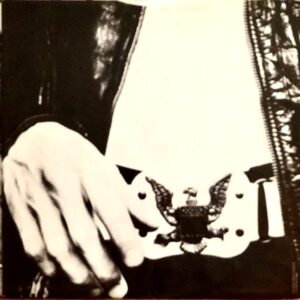 At the time of the album’s release, with a handful of exceptions, relatively few reviewers would have agreed. Dave Marsh, writing for Rolling Stone, presented the band as “new masters of garage rock minimalismo,” but noted that “it all sounds the same” and suggested listeners would be attracted to the self-titled record “for the music and not the words.” The backhanded compliments kept coming. In NME, Nick Kent described Ramones as “an object lesson in how to successfully record neanderthal hardrock.” For other reviewers, what I can only characterise as a sheer lack of cool shone through in their album descriptions. In the American midwest, one writer identified the record as “El Stinko garbage of the worst kind,” while another depicted the band as “four greasy misfits” whose LP suggested they were “out to restore rock’s bad name in one fell swoop” and “definitely not for everyone.” In Miami, Florida, one reviewer’s insistence upon ordinary tropes of songwriting – and dismay at the Ramones’ refusal to adhere to them – might make you laugh out loud:

Yes, reader, that all-caps shock appeared in newsprint. But perhaps one of the most out-of-touch reviews came from a young Morrissey in a July 1976 contribution to Melody Maker. He entitled his piece “Ramones are rubbish,” and in response to the release of their debut album, described the band as “the latest bumptious band of degenerate no-talents whose most notable achievement to date is their ability to advance beyond the boundaries of New York City.” 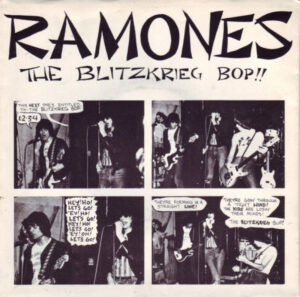 Needless to say, I’d have had a different take. The album’s singles are great (Blitzkrieg Bop and I Wanna Be Your Boyfriend), but the third track, coming in at just 1:30, is the song that makes this album: Judy Is a Punk. Singing along mightily, I wanted to be Judy very badly. I didn’t know what the SLA was, but I knew I wanted to join like Judy and Jackie. Jackie is a punk/ Judy is a runt/ They both went down to Frisco, joined the SLA.

And some of the following tracks are everything I need at different moments: the exhilaration of shouting in unison to Beat on the Brat, imagining vicious and strange designs while listening to I Don’t Wanna Go Down to the Basement, and wondering (still) what Dee Dee’s life was really like when 53rd & 3rd comes on.

I’m not trying to get all saccharine on you, reader, but I never got to see the Ramones live despite planning an ill-fated and elaborate scheme in 1996 to sneak into one of the shows on their last tour of all time (living in the US, all those clubs were ages 18+, and I was a few years away). In 2001, I was shocked when news about Joey’s death came. I was finally old enough to get into those venues, and I’d hoped for a Ramones reunion. My teenage heart was broken. The following year, Dee Dee died, and then Johnny a couple of years later. I walked along 2nd Street in the East Village shortly after it was renamed Joey Ramone Place, wearing my vintage leather jacket and imagining what it would have been like to pass by the singer, who’d be wearing similar attire with canvas sneakers. Through all of the incarnations the East Village has taken since the turn of the millennium, I still miss the Ramones when I walk those sidewalks and consider the unfortunate unrealities of time travel. 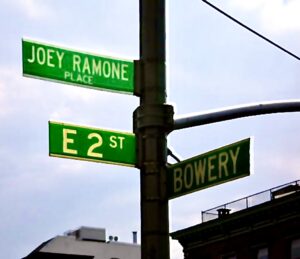 You’ve probably worked out by now that I wasn’t alive myself when Ramones was released, but coming to the Ramones felt like discovering something new. My love of and nostalgia for the Ramones transpired through cinema, and I suspect it has been the movies, in part, that have kept the band alive while pop has threatened to overtake the contemporary music scene. In the early 1990s, Blockbuster Video was everything. Record stores had largely stopped selling vinyl, and cassette and CD inventory was weighted to the present. Sure, I fell in love with grunge, but nobody was around in places like Tape World or Sam Goody to introduce my ears to the unadulterated joie de vivre of punk. Fortunately, a whole spate of film directors made it possible.

Sometimes I can’t believe it (and honestly feel daft even admitting this to you), but Blitzkrieg Bop graced my ears for the first time in Harold Ramis’s National Lampoon’s Vacation through a rented VHS. I paused the credits to find out more. From there, I checked out Allan Arkush’s Rock ’n’ Roll High School, and that was it for me: I wanted to be a Ramone, too. I got cassette tapes of Ramones, Rocket to Russia, and Road to Ruin. Movies taught me that I needed to browse the punk section of my record store voraciously, and ultimately saved me from decades without the Ramones, Joy Division, New Order, Blondie, Iggy Pop, and so much more. Somebody told me recently that film soundtracks aren’t important when it comes to thinking about how music matters, and I thought: what a sad and misguided thought.

Before the rise of technology made everything searchable, I have to imagine that film directors and their soundtracks played critical roles in the musical education of teenagers on both sides of the Atlantic who were stuck in homes where easy listening was the norm. When Blitzkrieg Bop and Beat on the Brat – both tracks from the debut Ramones – ripped through home TVs tuned to the Simpsons, a new generation of fans was introduced to one of the greatest bands of all time. By the late 1990s, Blitzkrieg Bop and Beat on the Brat were everywhere, even if the Ramones themselves weren’t on stage anymore. The latter appeared on the Billy Madison soundtrack and the former in Detroit Rock City. In the early 2000s, I saw Wes Anderson’s The Royal Tenenbaums in the theatre and heard shrieks of delight from audience members when Judy is a Punk started to sound over the speakers, Tommy’s backbeat syncing with the click-click-click-click of the analogue film projector. Sales of Ramones surged based on the Tenenbaums soundtrack.

Speaking of record sales, there are many incarnations of this album. Sire Records originally released Ramones in the US, UK, and Canada, and Philips handled releases in France, the Netherlands, and Japan. Some of those 1976 releases are rarer than others, including one with a misspelling on the label that reads “Blitzkreig” and “Beat Is On The Brat.” By 1977, Ramones was available on cassette in Australia and Italy, and within a year, additional LPs were pressed for markets in New Zealand, Germany, Portugal, and Scandinavia. More versions arrived from the end of the 1970s through the 1990s, with vinyl and cassette eventually getting replaced with CD releases. Reissues became plentiful after the turn of the millennium as new editions appeared every other year—and sometimes more frequently—on various formats. Ramones, as it turned out, propelled the band to punk royalty. And hey, ho!, the album still rocks.

Ramones was recorded in January 1976 over a seven-day period at Radio City Music Hall’s Plaza Sound studio. Punk magazine photographer Roberta Bayley took the now-ubiquitous cover shot, and Arturo Vega designed the back cover. Although the record was mostly a commercial failure at its time of release, we know now that this debut album was history in the making.