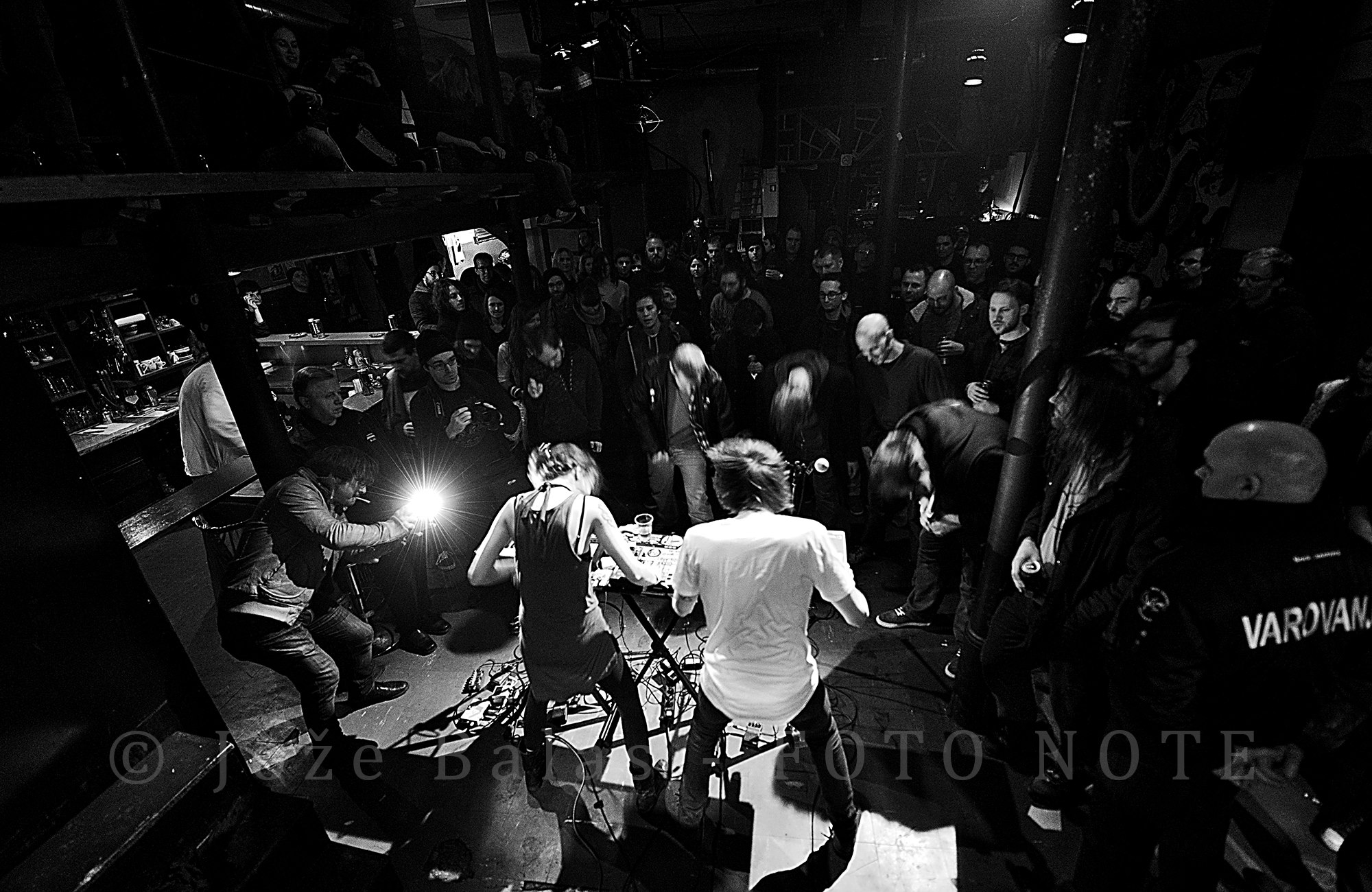 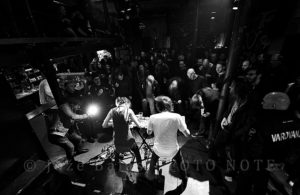 LTW boss and Membranes frontman John Robb celebrates the thrilling industrial noise of It’s Everyone Else.

Flailing limbs fly around the room, the two piece boy/girl band dive in and out of the moshpit with their fingers somehow hanging onto their twin keyboard set up. Distorted electronics create a tidal wave of thrilling industrial/noise and there is not a guitar or drum kit in site.

The male/female take team somehow play keyboards, dive headlong into the audience, scream out their inner turmoil, rock the venue, tear the place apart and create a moshpit, stage dive into the madness and yet never take their hands off their keyboards.

It’s Everyone Else are a Slovenian duo who turn the rule book upside down and create a riot of their own like a 21st Century Suicide immersed in the visceral rush of hardcore instead of the proto grunk of the prime time Stooges.

One of the key differences that makes East European music events so addictive is the spread of bands they put on. There is no search for the next big thing. That indie X Factor where success and the stadium flyers of the future are they key. By booking a thrilling and diverse range of bands and musicians events like MENT are conversely following their own instinct whilst showcasing a daring local band scene that serves as a template for an alternative universe and peak into a new future.

Llubjana and indeed most of the former Yugoslavia has a real tradition for breaking sound barriers. There a fervent and startling original post punk scene here in the eighties and they have always embraced the more interesting weirder stuff and indeed have Laibach – one of the great individual bands – hailing from the town.

By not following the music business model and relying on instinct and a still fascinating local scene MENT could well be breaking another set of bands out who could end up being bigger than the usual tried and tested musics.

It’s Everyone Else are yet another template trashing band. They have set up on the dance floor in front of the stage- breaking trade barriers and getting right into the middle of the flailing throng. There are a bank of keyboards that somehow the two skinny scarecrows are playing them. With their string like arms stretched to the max they look like two feral and wild cartoon characters as they flail to the beautiful noise and the high decibel fury that feels like a hardcore band on full assault or the that poetic push their mess of the Birthday Party at their most extreme or rock at its most dynamic and wild.

Yet! they somehow do this with a bank of electronics and keyboard without anything as boring and old school and the drums and wires of the track rock set up. This is seat of the pants stuff and also a glorious noise that leaves you twitching with their audacious energy and powerful songs that dynamite with all the cordite energy and violence of the addictive high energy of hardcore with its tightrope walk teetering on chaos.

Somehow, though, they dredge up a thrilling death trip from the noise.

It’s Everyone Else are an explosive riot.

There’s only two of them playing which you can’t tell at first as you enter the room trying to peer through the amorphous freaking crowd. They are making a ferocious noise assault of thundering and throbbing power that has the attack of prime time US hardcore and the whiff of electronic danger that made Suicide one of the greatest bands of all time and they make all this work with just the two of them.

If the past saw the keyboard player as the placid ‘wizard’ the future see the role reversed and the bank of electronics place no barrier to the screaming, stage diving madness of the modern skinny lunatic singer. They switch vocals with each other switching from animal growling, blood curdling screams and a throaty delivery that somehow also grapples with melody and makes the noise barrage into a series of sons kinda like the way that Atari Teenage Riot. Not that they sound like the German techno-crats. The band have very much their sown sound going on and it’s a seething, seat of the pants rush of high decibel violence and thrilling noise that clears the mind and leaves your body twitching the mad dance,

This is an explosive and cordite rush that puts the human into the machine and the dynamics of danger into the wires and circuits and turns the white heat digi – melt, formal art of electronics into an exploding circuitry inevitable.

All words by John Robb.