Home News It’s all over bar the pouting – My Life `STory announce... 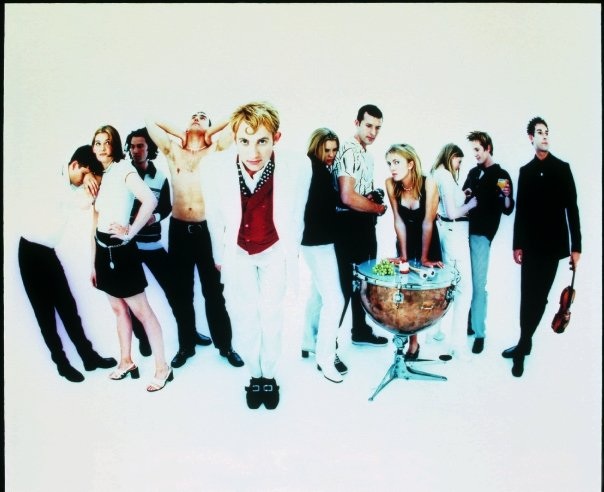 It’s all over bar the pouting… 90’s orchestral pop legends My Life Story have decided that they have no plans for any further reunion shows.

Shepherds Bush Empire on 31st May will be the last opportunity to see the My Life Story spectacle in all its glory.

Frontman Jake Shillingford said: After 20 amazing years. We felt it was time to bow out with one last big theatre show. A final thanks to our utterly amazing and unhealthily loyal and devoted fans. Bring your memories, bring your laughter, dress up to the nines, and party like its 1994!

In addition to standard admission, fans can purchase a VIP Ticket, which includes an extra live show after the main performance, and one last meet-and-greet with the full 13 piece line up until 1am. These are limited and available on a first come first served basis.

Standard ticket holders can upgrade at the merch stall on the night.

My Life Story were a huge favourite on the live circuit with their flamboyant shows and loyal following, whilst enjoying a string of chart hits throughout the 90s.

Their 3 albums produced 6 Top 40 hits, including ’12 Reasons Why I Love Her’, ‘Strumpet’ and ‘Sparkle’, described by Melody Maker at the time as …satisfying escapism. Taking life’s mundanities and making them magical. While Smash Hits said: 12 Reasons Why is the best pop single of last year not to feature the Spice Girls!

My Life Story returned in 2006, after a six-year hiatus, with a ‘best of’ album entitled Sex & Violins. This was followed by Megaphone Theology (B-sides & Rarities). They have since performed packed-out shows at The Astoria, O2Shepherds Bush Empire and Koko.

One of our finest lyricists – Steve Lamacq