Home Best of the Web It’s all about…Kat Mullen 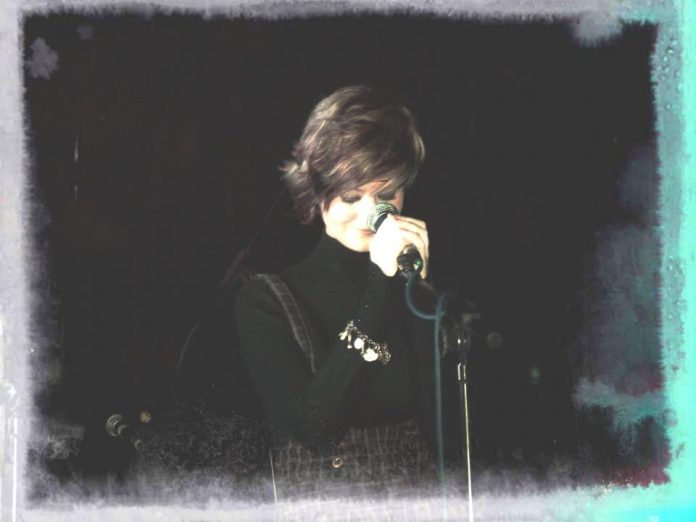 Liz from Back Street Indie has clearly been inspired, such is the volume of her recent output. Here’s another fantastic piece on up-and-coming folk-y singer Kat Mullen.

Towards the end of last year the music reviewers were all in their usual end-of-year frenzy as they desperately decided which artists should populate The Best Of”Â¦ album lists for 2011. On those lists that appeared in the media, the number of female singer-songwriters included was impressive. High profile artists such as Kate Bush, Laura Marling, Florence Welch, Adele, PJ Harvey, Regina Spektor, Nicola Roberts and Feist, to name a mere few, go a long way to confirming that we really are living in a golden age for female artists as they rise to prominence more than ever before. No longer are women making up the footnotes or back pages of the musical press pages, and lets face it, its long overdue.

Happily, there are no signs of the trend slowing; a perfect example of this continuance can be found in the wonderful new talent that is Kat Mullen, a young unsigned singer songwriter from Manchester whose distinctive style is being talked about in many an indie corner in the city. Mullen is building up a dedicated following not least through a recent gig in the heart of Manchester’s Northern Quarter indie hub, where her performance sparked some considered chatter amongst the musical great and good. Working on her first E.P. release, Live Laugh Love, in early 2012, her demo tracks reveal an original new talent whose contemplative lyrics show a maturity way beyond her young years.

The track ‘Soulless’ is an achingly beautiful acoustic song full of wise lyrics and musical musings. Hinging simply around a sparse few guitar chords, the beauty of the song arises from Mullen’s edgy-angelic voice and the sheer emotive force of the lyrical outpouring she presents us with. Reminiscent of Tracey Chapman’s long lyrical explorations, Mullen immerses the listener inside some kind of thought-dream where the young singer empties her poetic soul for all to see. “Happily [I] live amongst the silhouettes away from judgment’s lies and my regrets”Â¦the world is never what it seems and I forget what it means, when I’m lost in my dreams”Â is delivered as if the words were carved out from the very epicentre of Mullen’s being. It’s a song that pierces your consciousness through its enchanting, dreamy profoundness.

‘Mountains’ is a song hauntingly minimalistic in style. Like ‘Soulless’, it is built on an almost bare musical foundation; a handful of notes from a lonely acoustic piano provides the only backdrop to accompany Mullen’s confessional lyrical style. A few years ago, Patti Smith created the heartbreaking ballad ‘Trampin’, where, unusually for Smith, soft and affecting lyrics were matched against a single piano: although very different songs in their meanings, ‘Mountains’ manages to evoke a similar feeling of delicate, earthy fragility where a soul is exposed for all, including the artist, to examine and understand. “But I’m not gonna stop until I loose it all”Â¦on my own if I’d have been stronger I’d have spoken my mind someday, but I was fragile I constantly push people away”Â¦”Â is a good example of Mullen’s interior-monologue style of songwriting. The great writer Forster said “pull out from the depths those thoughts that you do not understand and spread them in the sunlight and know the meaning of them”Â, and it’s an apt way to describe Mullen and what she may be trying to achieve through her well-crafted song-making.

Other demos out there include the song ‘Numb’, which broods with acoustic indie angst, again with lone piano and minimal instruments. In an industry where a laptop is the instrument of choice, it’s refreshing to listen to such a minimalist style of indie-folk-pop song making. ‘Numb’ also illustrates just what a gorgeously emotive voice Mullen has. Be it low sultry tones or harmonic melodies, her voice has stunning range and direction, and it is completely uninhibited. Other tracks available online include some covers; her rendition of Paramore’s ‘The Only Exception’ is definitely one to check out.

It’s impressive that Kat Mullen is only just at the beginning of her career as both her music and performances show great perfection and individuality of that normally found in much more experienced artists. Of the snippets of performances that are available online, she clearly has a very idiosyncratic style that would no doubt draw comparisons with artists as diverse as Feist, Adele, Laura Marling and Tracey Chapman, for starters. I for one cannot wait to her next gig in Manchester, and I am sure Kat Mullen is definitely an artist we will be seeing in those Best Of lists very soon.