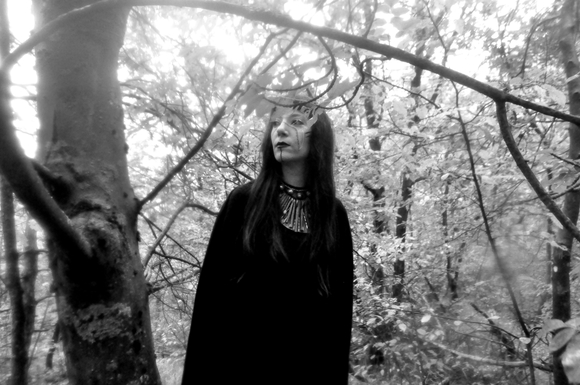 The Rome-based songwriter Lili Refrain will release a collection of songs, inspired by forces of nature and stamina of a spirit.

With her attempts to create an alluring eclectic sound, Refrain seems to feed on otherworldly elements and inspiration that are shared by Anna Von Haussvolff and Anna Calvi. The hypnotic sound incorporates patterns of various genres, from folk and metal to psychedelia and opera.

Refrain comments on the origin of the album’s title saying: “It means ‘life force’, power that comes from within and is dedicated to those who have found themselves consciously facing a journey, without knowing where it would have arrived or even if it would have survived.”

Listen to the single Mami Wata on BandCamp.

MANA will be released on 21 April 2022 via Subsound Records. The album can be pre-ordered here.