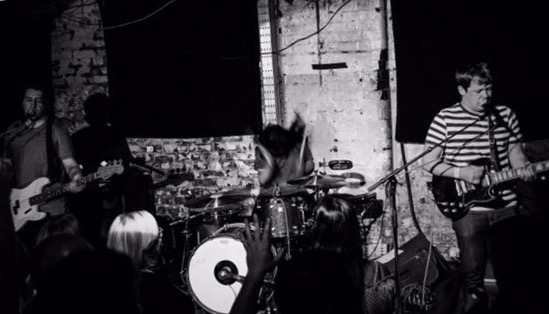 Stockport’s Ist Ist sold out the Soup Kitchen on Saturday night with their own brand of dark, intense, indie post-punk. Nigel Carr reports back below for Louder than War.

It’s shoulder to shoulder in the basement of the Soup Kitchen tonight, Manchester’s dungeon of a venue; no natural light, peeling whitewashed walls and a mildly claustrophobic feel; support, Jekyll are in full flow.

Mentioned by Sam from the Sly Antics back in June as his band of the moment and hailing from Blackpool, they are fronted by singer and guitarist Joel with Liam on drums, Johnny on guitar and Lewis on Bass. They cite their influences as Muse meets Radiohead with a sprinkling of Smashing Pumpkins and you can see why. The font man can slip into falsetto at the drop of a hat and their driving, stadium-rock oriented sound, underpinned by Lewis’s driving bass lines, spiked by Joel’s soaring riffs, sounds fresh and alive in the confines of this battered old venue. Definitely a band I want to hear more of.

Ist Ist who are headlining, are a three piece from Stockport and Denton and make one hell of a racket. Lead guitarist and singer Adam: “There’s only three of us so there’s loads of space”, space they ably fill with Andy’s dark, careering bass lines and Joel’s punishing beats. 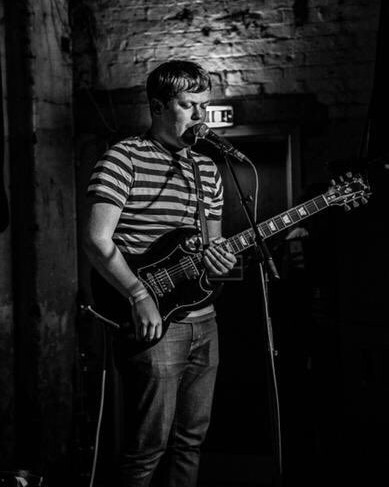 When I heard their début single White Swan for the first time I was instantly hooked on the sound; an almost primeval beat with an infectiously,repeating loop and Ian Curtis style vocal;  bordering on the grace and gothic of The Sister’s Of Mercy. The vocals are stunning “You’re my only one, majestic white swan, you’re my regal queen, the only one I need.” just one of the highlights played tonight.

New single Night Arm, while more flailing in style, (you should see how Joel punishes his kit!), follows a similar pattern, with searing guitar overlaying a tight almost constrained back beat.

The set varies wildly in style with new track My Heart Belongs To The Sea sounding like some filthy punk’s got hold of Pigbag, ripped its guts out and then sludged it all back together. It’s an amazing juggernaut of a track which pauses briefly for Adam’s screaming four line chorus before careering onwards. Frankly they could play this for another ten minutes and I’d be well happy.

Rats and closer Molly’s Lips are pure knock-about punk which sees the crowd at the front going mad, slamming into each other and generally creating mayhem. Their Facebook describes the sound as ‘post punk, new wave violence’, but it’s all great fun and you can see how the two front men connect so well with the audience.

Catch Ist Ist if you can, you’ll go away with a big smile on your face, slightly deafer, and if you keep away from the front you might just keep hold of your drink!