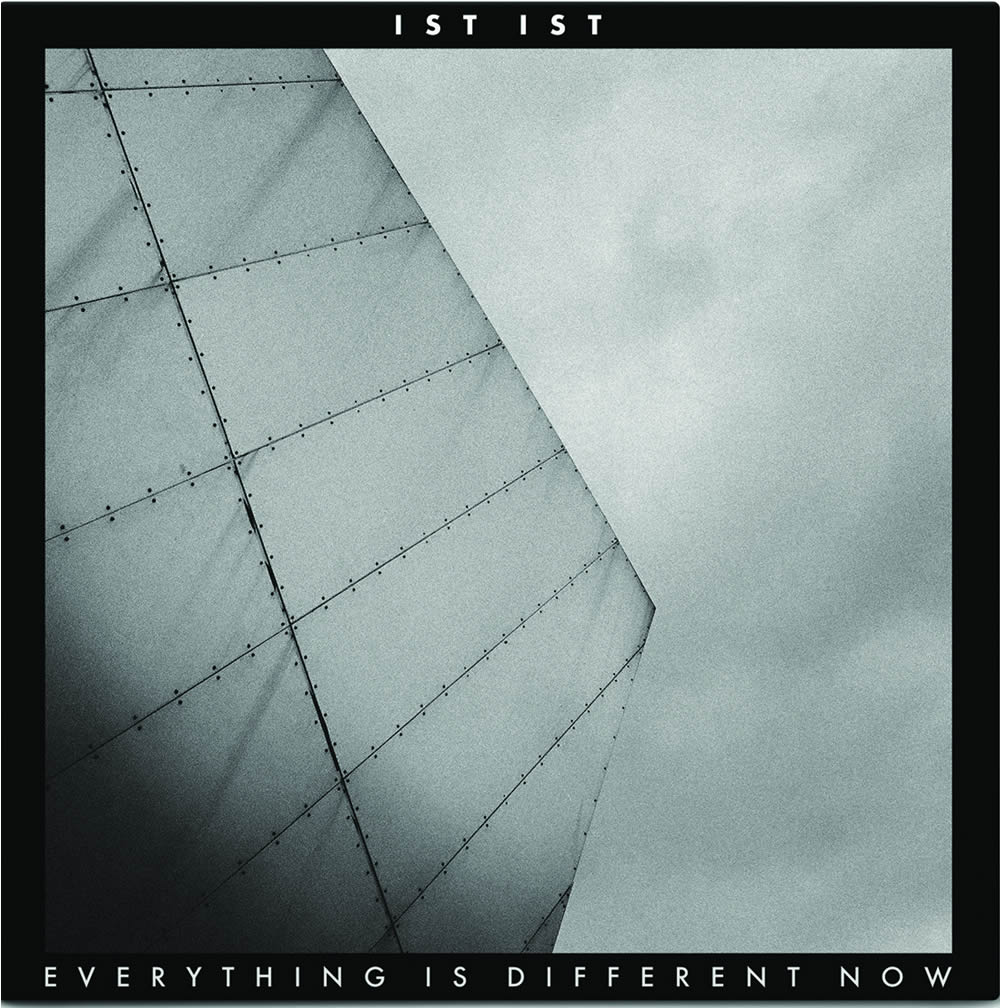 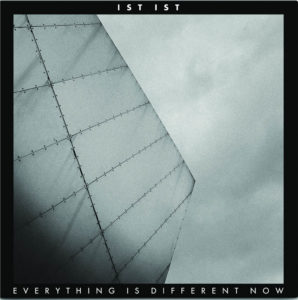 Everything Is Different Now

Ist Ist are back with one of the first standout releases of the year – the 6-track offering Everything Is Different Now. Nigel Carr reviews the EP for Louder Than War.

Entry, a steely, samurai sword sharpening buzz meets 70s Genesis, opens the EP – swathes of electronica washing over the listener before the huge punch of Exist screams into view.  Adam Houghton’s lightly echoing voice, the bass notes repressed, sears over a driving, determined beat. Verging on Clock DVA/industrial sounds of the early ’80s; synths scything through, the track accelerates to a thrilling close. The dark, heavy melody giving it a sense of urgency, deliberately anchored to that Manchester sound as if to reflect the current introspective mood hanging over us.

Son Is The Father (along with Exist, debuted at Salford’s St Phillip’s gig late last year) continues the energy. Opening with a melodic Keating bassline, it’s a colossal, uplifting track which comes in slowly, builds with brooding intensity before exploding into its ‘Everything is Different Now’ chorus. It snakes and squirms and pulls you in, immersing you in pure Ist Ist with an electronic mid-section, that keeps on building before ending abruptly.

The prial of three is closed with the high energy Jennifer’s Lips which gives way to the most luscious of openings. I Want To Disappear swoons into a rich, Floydian – One Of These Days style heartbeat with a simple Aphex-piano (No, I can’t help making comparisons!) before breaking into the ‘Talk To Me’ ballad. Unusual for Ist Ist the track meanders but never fails to captivate. 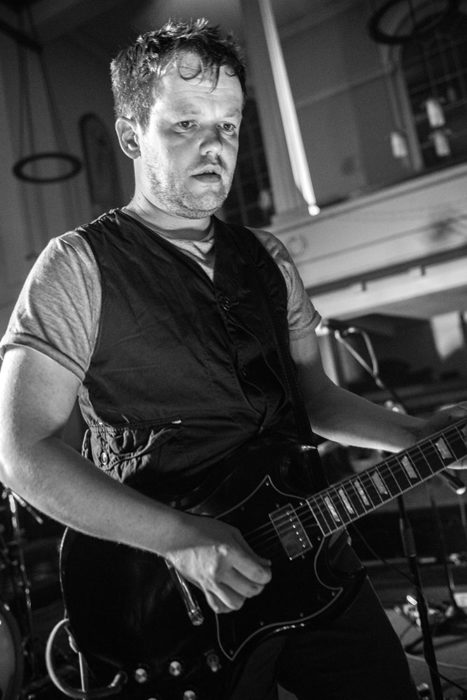 We close with Undignified, (another new track), a Sigor Ros’esque electronic introduction giving way to Houghton’s haunting baritone. These last two tracks, unusual for their pace, see Ist Ist moving into a new space, expanding and enriching their palette, taking further hints from electronica without veering too far from their signature sound.

An epic release for Ist ist, it shows the band punctuating their sound with Houghton’s experiments in the studio, becoming fuller and more engaging as a result.

This is a cracking release for Ist ist. Hotly tipped by Louder Than War as one of the bands to watch for 2019. This will be the year they break through. The EP comes in several formats including a red vinyl 12”, regular 12”, download and CD

Now is the time to catch them before they explode into the mainstream. See the tour dates below!

You can buy the EP Here: https://www.musicglue.com/ististmusic/ 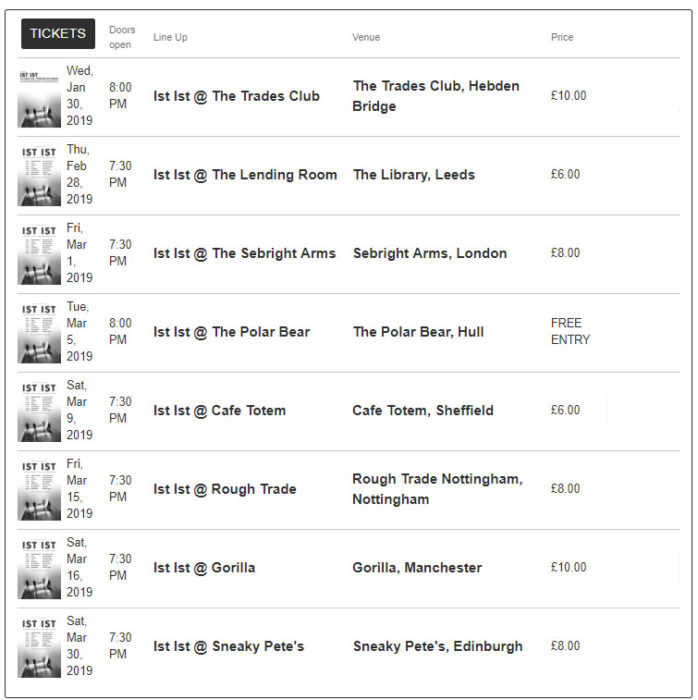