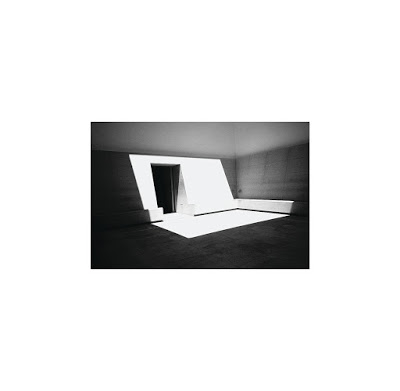 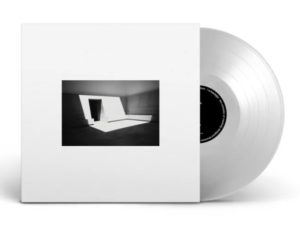 The first Ist Ist album has been a long time coming. Nigel gets his sticky fingers on the record first!

Removing the shrink wrap off the new Ist Ist album took me back to bring a kid. The excitement of getting your favourite band’s album back home and dropping the needle for the very first time.

It opens with the shuddering synths of Wolves and what’s immediately apparent is the crispness of production. I’ve got a vintage pair of 150 watt Castle Harlechs and the sound is immense. The track opened the show at The Sacred Trinity church in January – with the current lockdown in place it feels a lifetime ago.

We’re five years into this – through those early limited releases, White Swan, Night’s Arm, Silence and Strangers and the live CDRs it feels like they were never going to get there. But here it is in all its gatefold glory, Architecture, a name that couldn’t be more fitting. The development of the band has been like constructing a monumental edifice. The care taken, achingly precise, honed through years of continual touring, recording and discarding. The addition of multi-instrumentalist Mat Peters to flesh out the electronic elements Adam had been experimenting with in the studio, and to provide a fourth member to actually play the tracks live, rather than rely on backing tracks.

Ist Ist’s convoluted and protracted journey would have floored most bands, and after discussing this with bassist Andy Keating last week (interview to follow) there is one characteristic the band possess which others lack: maturity. This isn’t a group of young kids giddily bending to those around them to get a quick fix. It’s an assembly of talented and determined individuals hell-bent on treading their own path without compromise.

Old recordings were pulled from all streaming platforms two weeks ago. Those the band wanted to keep in their repertoire like Silence and Nigh’s Arm were re-recorded for this release. The inferior production of the originals lost forever. Early tracks like White Swan now a distant memory, but for the lucky few who nabbed an early release. Only the recordings since Strangers survive the cull.

Discipline creates an unexplainable emotional surge, maybe it’s the lockdown getting to me but as I sit here listening to the album, memories come flooding back. Adams ‘moment’ at Sound Control, group hugs and making new friends at the end of the Gorilla show, of the Rat heads going mental during ahem, Rats at The Peer Hat, the almost religious experience of those church gigs.

It’s those memories that make us feel part of the Ist Ist family. For me, tracking their progress and reporting on their every move, and now sitting here immersed in the power of Architecture in all its glory is the icing on the cake.

Drowning in The Shallow End brings some lightness to the album, Adam’s vocal wavering over the top. Nigh’s Arm sounds fresh and vibrant with a punchy bassline, synths weaving their way throughout. Final track, Slowly We Escape is simply stunning. Its haunting majesty rises only to be blown away, bursting into life for an exhilarating close.

Architecture just is. It sits, humble honest, diligent and proud. Like a gritty, grimacing hard-working man. It’s deep and powerful. It writhes and arches, one-minute enthralling the next bringing you close to tears. From the design of the sleeves, the art prints and the limited coloured vinyl releases, everything sits in harmony, like ducks in a row. It’s the release they deserve – a fitting tribute to one of Manchester’s finest bands.

A magnificent debut. It’s the culmination of hard work and dedication, a record produced without compromise and one which will sit as one my favourite ever albums for a long time to come.