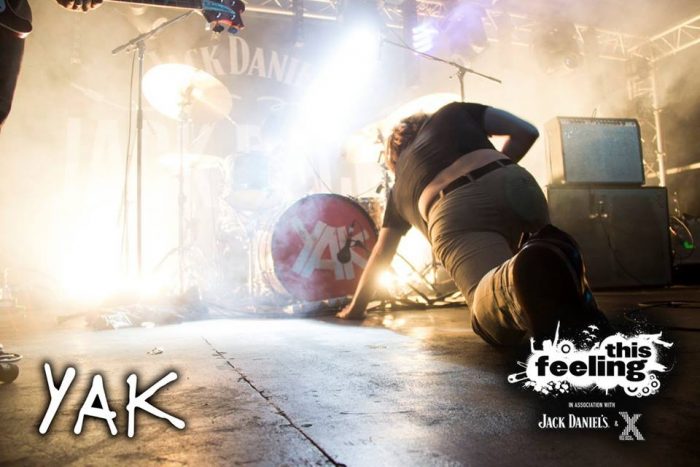 Harley Cassidy reports back from this year’s Isle Of Wight festival, where new music reigned supreme and the headliners didn’t disappoint.

Isle of Wight, a festival built upon heritage and nostalgia, naming its fields and stages after classic rock bands, built to not challenge but ultimately to please. As John Giddings stated, it’s a festival there “to provide good musical entertainment for people of all ages… music from past, present and future.” So naturally, this weekend I saw some acts that are custom-built for festivals; Busted, once the biggest boy band in the UK and the teen dreams of the early noughties, Stereophonics and their handful of Britpop anthems all the way down to The Cribs’ steady rise to indie icons. Even Iggy Pop’s shirtless strutting isn’t a sight we haven’t seen before, despite him nailing a lethal I Wanna Be Your Dog at the solid age of 69.

So Isle Of Wight in many ways won on selecting the crowd pleasers, but it was seemingly whipped into shape by the sheer talent on display at the Jack Rocks/This Feeling tent. Situated next to the Big Top which gave us adequate performances from buzz bands Blossoms and The Family Rain, the real energy and excitement of rock music was in a tent that gave us a chandelier made of Jack Daniels bottles and a collection of some of the best new British bands right at this moment in time.

Whether you’re into raw, unpredictable energy or beautifully crafted psychedelia fronted by spine-tingling voices, This Feeling has found a band for every need and taste. Friday headliners Yak, who by the way were definitely worth missing Faithless for, are a force of nature with lead singer Oli Burslem flinging himself around the stage, on top of the speakers, over the drum kit… he seemed intent on fucking shit up. He looks like a young Jagger but his vitriol is much more in synch with Iggy Pop. They’re supported by close friends Hidden Charms, a London quartet with a penchant for ’60’s soul and voodoo blues-pop led by an impeccable vocal, tight rhythm section and sharp style – ones to watch. It was also a pleasure to see Glasgow’s Baby Strange perform, following the re-release of their 2013 debut single Pure Evil, the band’s dark aesthetic and talent with a catchy hook has ensured there’s a bevy of fans bobbing around to their music and even wearing their merch.

In all honesty, there were too many great bands playing the stage to fit into the word count. Jackals Rose are from Essex, massively inspired by Oasis and sweat laddish, fuzz rock like it’s about to go out of fashion. White Room have Paul Weller’s blessing and are led by Jake Smallwood, a guy whose clearly read the rule book on how to front a band. Paves cut charisma and mysticism with undeniable style as Luke Shield howls from the heart and entices the audience. April are the lovechild of all the great things about Britpop and Madchester combined; bountiful energy, hedonistic love songs and great haircuts. 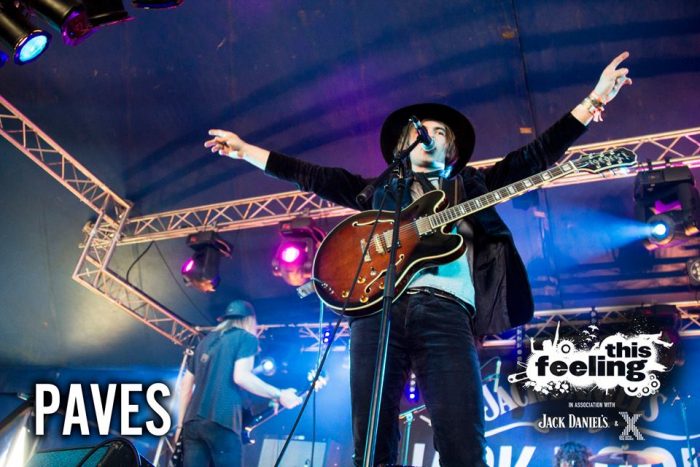 No band left as much of an aftertaste as Manchester’s Cabbage though. With a name like that you’re not really sure what to expect but as Lee Broadbent stomped onto the stage in a camouflage jacket, Adidas tracksuit bottoms and a troublesome grin Shaun Ryder would be proud of, I knew lunacy was in the air. He shares vocal duties with guitarist Joe Martin, whose ditty Dinner Lady, about his own personal experience serving up food to private school students and wanking in quiches (that part may or may not be true, it’s hard to discern) leaves the crowd crawling to the front for more with mouths agape not sure whether to laugh or clap and that’s without the half-naked flailing, stage climbing and dodgy back-flips – “I’m a trained circus performer, so don’t worry”. It’s clear they share a fondness for The Cramps, Fat White Family and all things louche but their melodies are stronger, their focus clearer and their attitude more endearing. Ultimately, they’re a band with something to say, a rarity at the best of times. 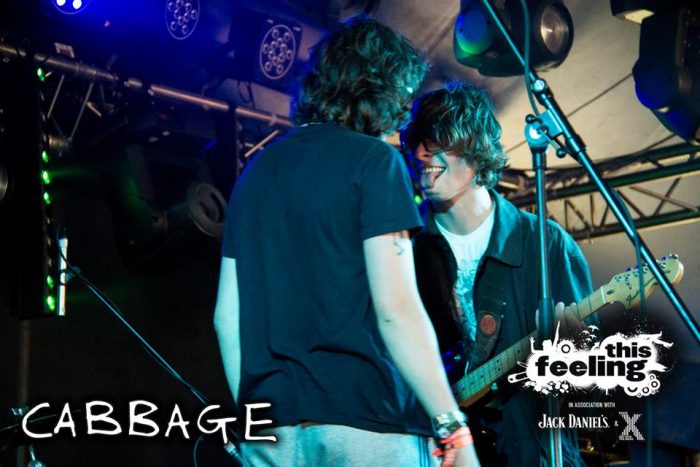 Despite being overshadowed by the overwhelming amount of new talent, Isle Of Wight still knew how to secure the mind-blowing performers. Saturday saw a triumphant turn from the man, the myth, the legend, Richard Ashcroft. Performing before The Who’s headline set, Ashcroft is simply a man of power. It’s difficult to put into words just how he mastered the main stage, but the sheer projection of his soul and the truth and accessibility of his lyrics meant that he had the audience in the palm of his hands. Of course, Lucky Man and Sonnet were greeted euphorically, but his new tunes Hold On and This Is How It Feels were also met with vigour. Bittersweet Symphony alone can only be described as a goose-bump inducing moment. Ashcroft may look like a stick insect that could snap at any second with cheekbones able to cut through glass but his energy throughout the set was palpable. He understands the human psych and the triviality of day to day life like no other, sinking to his knees with wide-eyed intensity as he belted “I’ll take you down the only road I’ve ever been down” with a grit to his voice you don’t quite hear on record.

The Who follow, leaving every middle-aged man in a mod target adorned T-shirt unbelievably happy. No band embodies Isle Of Wight’s spirit quite like The Who, after all they were the original trailblazers, performing at the festival in 1969 and 1970 before the “Isle Of Wight Act” was put into place subsequently banning the festival and they’re still making a bloody good go of it now; Roger Daltrey’s voice is still powerful, Pete Townshend is still a dynamic performer (those windmills aren’t going anywhere) and I challenge anyone after you’ve been drinking all day and you’re in a crowd of rowdy, merry people to not thoroughly enjoy Won’t Get Fooled Again or My Generation.

In terms of Sunday’s headliners, I still haven’t made my mind up about Queen. It was kind of like watching an X Factor finalist performing with their celebrity guest and not just because Adam Lambert was on American Idol. By all means Adam Lambert has a great voice and is a showman in his own right, but the whole thing felt trite, more like we were watching the musical, We Will Rock You as opposed to a blistering show by one of the world’s most acclaimed rock bands. But Queen are now 46 years into their career and it’s been 25 years since Freddie Mercury’s death, so perhaps this was the only way we could celebrate a back catalogue that everyone knows from the opening of One Vision through to Killer Queen right down to We Will Rock You. With Lambert’s enthusiasm, humbleness and devotion to “the one and only Freddie”, Brian May’s ability to still churn out those blistering riffs and a crowd intent on a mass singalong, sometimes it’s best to just stand back and enjoy a moment of unity. A trait Isle of Wight has mastered incredibly well.

All photos by Katie Willoughby and Will Ireland courtesy of Jack Daniels and This Feeling.

All words by Harley Cassidy. More writing by Harley on Louder Than War can be found at her author’s archive. You can also follow her Twitter @harleycassidy.