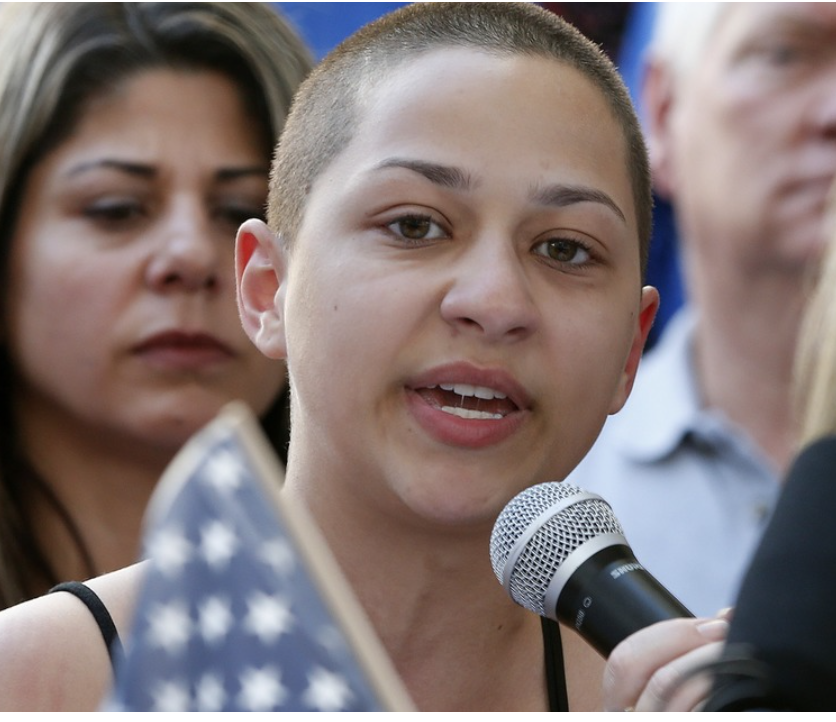 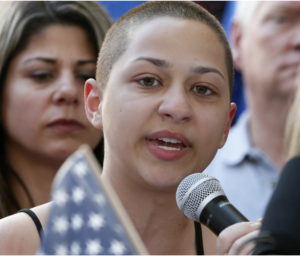 Is Emma González the future leader of the USA? Would the Democrats or a even a new party dare to break from tradition and dive into the future. After the Parkland School massacre, the anti-gun teen who was caught up in the crossfire has been giving eloquent and impassioned speeches that have made her stand out. The accidental icon of a new America is a  shaven-headed, bisexual 18-year-old woman who was caught up in the shooting and is now leading the eloquent charge against the NRA and Trump theme park America, demanding change.

With the Democrats in disarray looking for a unifying candidate to lead the fightback against Trump and old America wouldn’t it be wiser to back this new young voice that captures the soul and spirit of a new generation?

The world is changing fast and the flabby rhetoric from the old white males like Trump and the leaders of the NRA are like voices from another age. As the world attempts to move into the 21st century these old white male voices get louder and louder as they shout above the din with their cliched ideas of John Wayne,stiff-legged, paunchy, machismo.

Emma González is the Bisexual, Latinx, Teen Leading The Charge For Gun Control. She is not thrusting herself into the limelight she has had it forced on her but within two days her twitter account had more followers than the whole of the NRA and her debating skills on TV have been smart, measured and far more mature than the array of freaks placed in opposition to her with smart and impassioned speech quotes like…

“If the President wants to come up to me and tell me to my face that it was a terrible tragedy and how it should never have happened and maintain telling us how nothing is going to be done about it, I’m going to happily ask him how much money he received from the National Rifle Association.”

Meanwhile, last Saturday, the 18-year-old high schooler from Parkland, Fla. stepped up to the podium at a rally to support Firearm Safety Legislation, and her careful, courageous words on gun control rang through to millions of Americans and people around the world. With her head shaved bald, her tearful passion, and her facts about the ease in which Floridians like the one who shot her schoolmates at Marjory Stoneman Douglas High School, can obtain, Emma González became an icon.

Overnight, she’s unintentionally turned into the face of gun control, taking on the old white men of the NRA  and her being what the right wing have termed a ‘brown bald bisexual woman’ is not a problem but an advantage in a fast-rising new America that exists beyond the Trump theme park.

Emma González is the portrait of empowerment. And as she continues her advocacy into the March For Our Lives on March 24, it appears the NRA might have finally mets its match in a teenage girl. Could this be the start of something special?

Of course she represents another America – the fast forward, smart young America and she will never be able to speak to the Trumpanistas but why even bother? Trump’s one smart move is to speak to his 32 per cent – there is quite possibly no unifying canduiaite.

Even if Emma González wants to continue at college she should take the challenge. America needs out of the box, radical thinking, a new future instead of a past that seems like a permanent re-run of a bad wild west B movie.