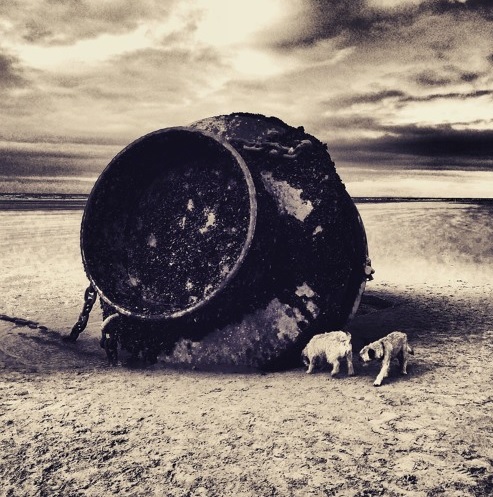 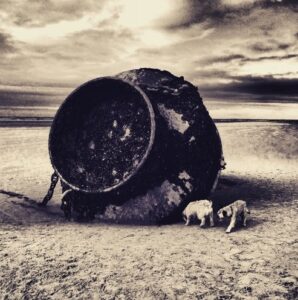 The Peckham pairing of Dan Walsh and Mark Dixon (aka Iron Triangle) have just released their debut offering in the form of a self-titled four track EP.

Embedding their sound in indie rock and dark synth sounds, they have created an impressive collection of powerful breakbeat techno very much in line with their name which is taken from the bureaucratic dysfunction inherent in the US political system.

They won’t deny that there is a Depeche Mode influence in their music, but it also goes much deeper with complex instrumentation pinning the occasionally Martin Gore like vocals of Walsh to a high powered movement. The Mode’s ‘Only When I Lose Myself’ can be heard to resonate in the opening lines of Silo 18 (Open Up Your Eyes) before the memorable chorus, a common theme on the EP, comes to the fore with a frantic beat and rubber synth.

They’ve clearly worked on their sound, Weight Of The World being a prime example of a well-established track full of tricks and surprises and a heavy bass line to boot. Maybe imagine a paring of Mode and Nine Inch Nails and you may not be far wrong, taking the harder edges off the industrial rock band and polishing them with a pop edge.

Glass Shadows too is commanding from the off. Dixon’s beats are crucial to the sound, bringing each and every track closer to a mainstream audience whilst maintaining a harshness which will attract many an audience.

A softer synth hook is added to Human Traffic making it slightly more accessible to radio airplay, and if Iron Triangle keep producing tracks of this quality it will surely only be a matter of time before that comes their way.

The Iron Triangle Soundcloud page is here: soundcloud.com/irontriangle. Iron Triangle can be followed on Twitter as @iron_triangleUK and liked on Facebook.