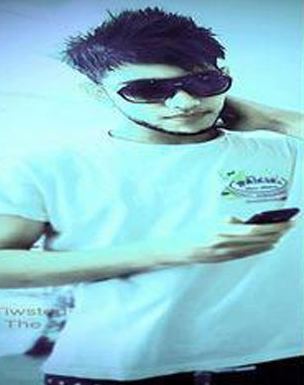 Varying reports are coming out of Iraq of religious extremists stoningÃ‚Â  to death and killing so called Emo kids. (as ever it’s hard to get to the truth of these stories)

The two images featured are thought to be the same person.
Blaming their tight clothes and ear rings on the devil seems to be justification for hate crimes and another case of the clampdown by religious types all over the world on kids who wear ‘different’ clothes. The Iraqi police claimed that the victims were indulging in ‘devil worship’ on their website.

“The emo phenomenon or devil worshipping is being followed by the Moral Police who have the approval to eliminate (the phenomenon) as soon as possible since it’s detrimentally affecting the society and becoming a danger,”Â the website says, according to The Daily Mail.

“They wear strange, tight clothes that have pictures on them such as skulls and use (school supplies) that are shaped as skulls. They also wear rings on their noses and tongues, and do other strange activities.”Â

How killing them is a solution to people wearing different clothes is hard to fathom but it’s difficult to get into the heads of religious extremists.

We recently reported the Indonesian police arresting 60 punks at a concert and shaving their heads and sending them in a course of religious instruction but this is a far worse example of religious intolerance. There is also the case of Russian feminist punk band Pussy Riot facing jail sentences for their impromptu anti Putin gig in a Moscow church.

These are times of intolerance and conservatism.