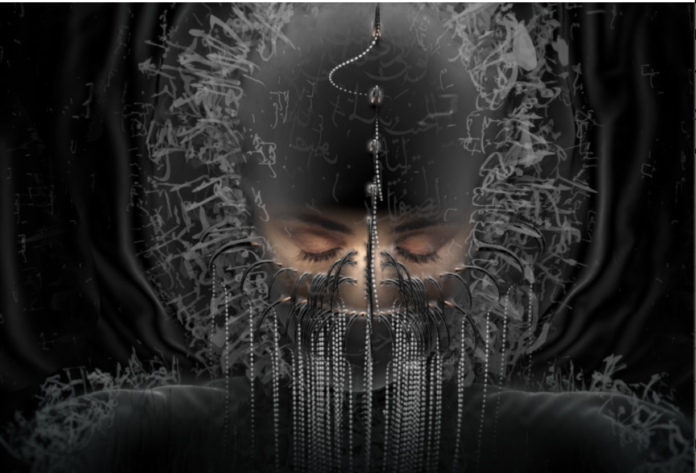 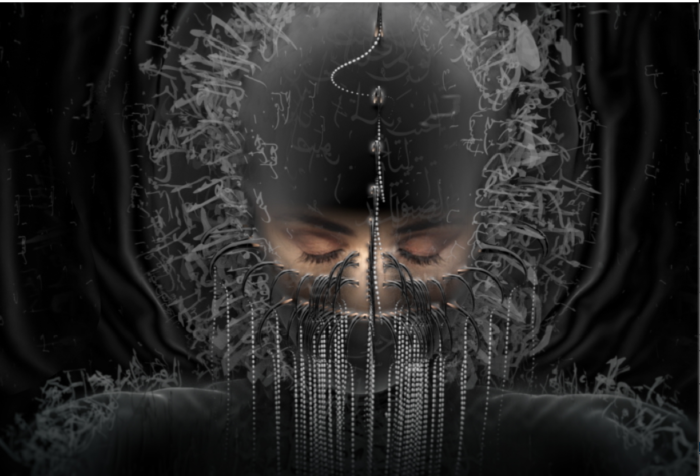 These are diversive and clashing times. Ideas and ideologies are colliding everywhere you look as the human race tries to make sense of the world. The old and the new are trying to make sense of the madness.  Maverick Iranian Berlin-based auteur Mentrix has released “99 Names of God” (Asma-ul-Husna) via House of Strength Records, during the holy month of Ramadan, to follow up her debut album ‘My Enemy, My Love‘.

By honouring a well-known Muslim chant, traditionally sung by men during Ramadan and taking it into a poetic and feminine context, Mentrix has challenged Muslim traditions that forbid women to unveil, dance and sing. With this specially timed release of the astonishing single and video, Mentrix looks to lovingly raise awareness of the nuances of Muslim tradition and teachings of the Quran, while fearlessly challenging oppressive cultural norms and patriarchal traditions head on.

The result is unapologetic and breathtaking in its ambition and creativity, deep in its spirituality and courageous in exploring the seemingly forbidden.

Produced remotely this year between Berlin and Hong Kong, in collaboration with Tobias Gremmler, the videographer most notably known for his collaborations with Bjork on “Tabula Rasa” & “Losss”, the mesmerising video for “99 Names of God” uses 3D animation and videomapping to explore the muslim tradition of the veil, gender and beauty. Mentrix’s face is placed on a humanoid form, shapeshifting as it twirls and whirls dervish-like, with jewellery and adornments sprouting, splitting and contracting, veiled, yet also transcending the veil. On the track, Mentrix is joined by DJ, producer and activist Nesa Azadikhah, founder of Deep House Tehran, whose Tombak rhythms perfectly complement the signature Daf Sufi dancing that is stunningly captured on video by Mentrix.

Speaking about the ideas behind the new track and video, Mentrix said “99 Names Of God’ are the many words which describe God in the Quran. I have studied the Quran through my journey in Sufism. Through my own love and respect for Islam, I have created this project to raise awareness of the nuances of culture and patriarchal tradition that forbid a woman to be unveiled, to dance, to sing the 99 Names of God, to even create a video.  My intention is not to shock, but to challenge the mind and the spirit, this is my way of praising God, whose 99 names are principals and qualities that manifest the divine. My version is here to honour the very essence of Islam, an invitation for every individual, beyond gender and any social construct, to recognise the divine within.”

The Sufi-inspired singer, multi-instrumentalist and composer Mentrix – real name Samar Rad – left her home country during the Iran-Iraq war aged 14. Through her music, she consistently pushes the boundaries and dualities of what eastern and western music should sound like. With lyrical songwriting, crisp drum machines and propulsive traditional Sufi instruments taking shape into bold and luminous goth-pop sounds. Her release last year of critically acclaimed album ‘My Enemy, My Love’ and tracks ‘Walk’ and ‘Nature’ were followed by their respective ambitious, cinematic videos, that explored themes of womanhood, solidarity and spirituality, against the backdrop of the horizons of the Iranian desert.