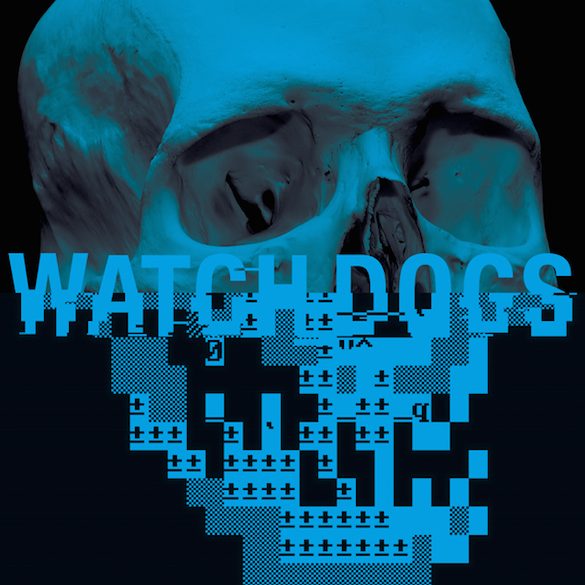 Bristol’s Invada Records last month announced that they’d scored the release of Brian Reitzell’s original game soundtrack for the highly-anticipated open-world adventure game WATCH_DOGS. We now have more details about the album and six tracks – including three that have only just been released – for you to check out below.

There are two versions of the album coming out on vinyl, one on 180 gram heavy weight black vinyl of which there are 750 units, as well as a black & blue splatter version of which another 750 units will be pressed. It will also be released as a digi pack double CD.

The release of WATCH_DOGS is highly anticipated with people around the world taking the day off work on the game’s release to play what is sure to be contender for 2014s most popular gaming title. That Invada have landed the deal for Brian Reitzell’s musical score is a huge accomplishment and one they’re rightly proud about.

About the score and game Invada say:

“Full of infectious beats and atmospheric, retro-futuristic synths, the score is a further achievement from composer Reitzell, who has previously written music for the highly-rated U.S drama series HANNIBAL as well as working on multiple scores with acclaimed director Sofia Coppola, the latter of which has featured collaborations with French band AIR and Kevin Shields of famed alt-rock band MY BLOODY VALENTINE.”

“WATCH_DOGS presents a dark and dangerous journey through an alternate version of Chicago, where ultra-hacker Aiden Pearce seeks to redeem himself after causing the death of his niece. Using the concepts of artificial intelligence and information warfare, the game brings technological relevance to a Grand Theft Auto-style open world in the tradition of the revered science fiction of William Gibson and Philip K. Dick.”

“To represent the varied challenges of the game, Reitzell brings an eclectic feel to the score, with thumping beats and off-kilter melodies of the club scene juxtaposed with the more ethereal and atmospheric synth and guitar, evoking the music of Vangelis and Brian Eno – ideal for a post-noir cyberpunk game. There’s also an introspective and emotional feel to the score as required by the game’s story, which is reflected in the album’s sequencing, providing a well-rounded narrative-driven musical experience.”

Now sit back and enjoy six tracks off the album via the two widgets below:

Keep up to date with news about this release and more on Invada via their social media accounts, Facebook and Twitter (@invadauk)