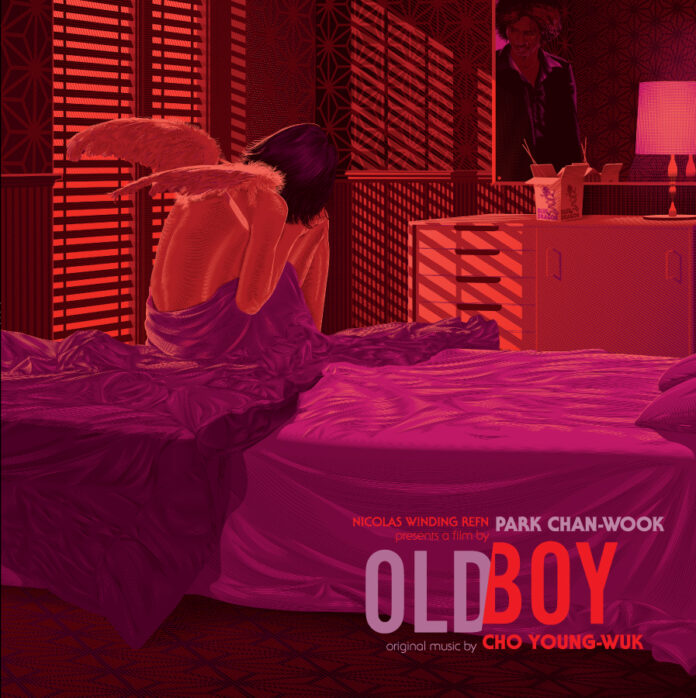 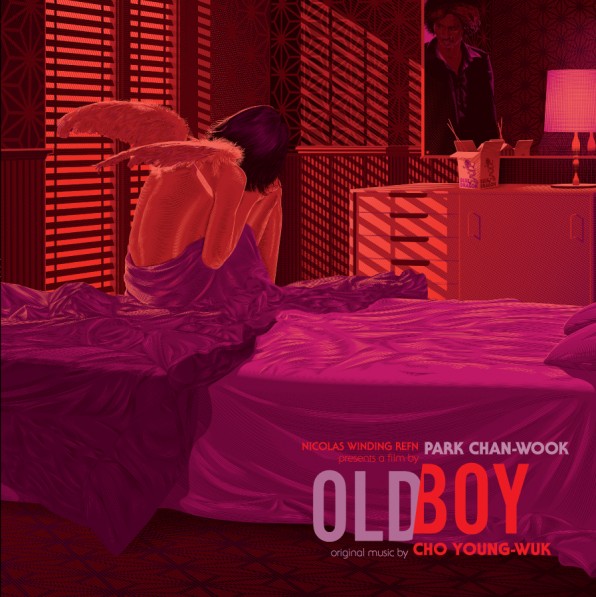 Milan Records of USA & Bristol’s Invada Records are teaming up to release, for the 1st time ever, the vinyl LP soundtrack for the cult 2003 South Korean mystery thriller ‘OLD BOY’ which was directed by Park Chan-Wook.

Brand new artwork has been commissioned for the release too, by Laurent Durieux, which can be seen above.

Nicolas Winding Refn, the internationally acclaimed writer, director & producer whose credits include Drive and Only God Forgives, is acting as Executive Producer on this record and has overseen the whole packaging of it.

The film is driven by a brilliant soundtrack curated by Cho Young-Wuk, featuring tracks themselves titled after films, many being of the ‘fim noir’ genre.

The soundtrack will be released on November 18th on orange vinyl by Invada with Milan releasing a red vinyl version in North America. A download card will accompany both and the release is limited to 500 copies of the orange European edition and 1000 copies of the red North American edition.

Check out a three track preview of the album below…