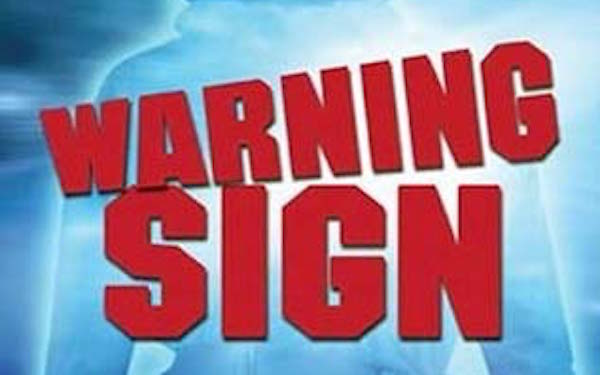 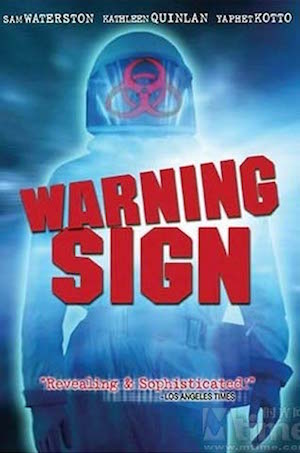 Warning Sign was a 1985 science fiction-horror film directed by Hal Barwood and starring Sam Waterston, Kathleen Quinlan, and Yaphet Kotto. These days the film is most well known for its score which was created by the multi-award winning Hollywood film composer Craig Safan. Invada Records (the label set up by Geoff Barrow of Portishead, BEAK> and DROKK) have just announced that they’ll be releasing Safan’s score for the film and excitingly you can exclusively stream four tracks off the score on Louder Than War today by scrolling down.

Invada are beginning to build up a reputation for theirselves as being one of the foremost, albeit selectively so, labels in the world of movie soundtrack releasing. Over the last couple of years they’ve released Drokk: Music inspired by Mega – City One (not surprisingly considering label founder, Geoff Barrow, was responsible for the score (with Ben Salisbury)), as well as the ever so well received Drive OST and Cliff Martinez’s Solaris OST. On top of that they also helped with destributing the breathtaking soundtrack by the incredible Mica Levi for Under The skin (which, if we had our way, would be a shoe in for this years Mercury Prize.) This is a label that likes their soundtracks and scores dark and intense, and that they’re now releasing Craig Safan’s score for cult science fiction thriller WARNING SIGN comes as no surprise, as it feels perfectly at home amongst these other scores.

Louder Than War have had a sneak preview of the whole score and have been bowled over by its chilling and contemporary feel. This doesn’t sound like it was made 30 years ago. Indeed, we’d even go as far as to say if it’d been released today we’d be referring to it as “progressive”. The score was recorded using a Synclavier synthesizer – an incredibly expensive piece of kit at the time – which has rendered the whole with a complex, layered and orchestral feel. Well rounded and lush even, one can imagine it perfectly providing an entertaining and futuristic soundscape for the film, which itself tells the story of a man-made virus that is accidentally released into its laboratory, turning its workers into zombies.

Invada Records is proud to announce the release of a powerful score from one of the industry’s most creative composers, with Craig Safan’s music to the 1985 20th Century Fox science fiction thriller WARNING SIGN. Craig’s famous for his score to the timeless classic The Last Starfighter, as well as A Nightmare On Elm Street, Part IV: The Dream Master and (amazingly) the hit sitcom Cheers.

Due to the science fiction and horror overtones, the Synclavier creates an appropriate atmosphere which Safan layers with different effects, from an electric piano that illustrates a desolate location in the film’s early stages, to the use of metallic effects as percussion for the chemically-affected staff. Safan weaves dissonant sounds to suggest chaos and paranoia, and innovatively synthesizes human voices to convey a sense of tortured souls to those infected. What follows is an intense score where the foreboding turns to reality with an eerie and uncomfortable texture, broken only by a beautiful and warm melody for the resolution and end credits, where all is well.

Invada Records will be presenting WARNING SIGN on LP , CD & Digital Download in a new special edition that features an expanded version of Craig Safan’s original 1985 LP program, along with 15 unreleased cues presented as bonus tracks.

The score has been newly remastered by Optimum Mastering, and features new artwork (to follow) by Marc Bessant (Portishead / DROKK etc) liner notes by Craig Safan himself plus George Ginn (Legendary 84 year old owner of the UKs oldest soundtrack store ‘the Record Album’ ) presenting a comprehensive package befitting one of the scores that was an important part of the 80s craze of electronic film music.

Check out the 4 track sampler below, and the trailer for the film can be watched on this link: youtu.be/iUCJYHM3C9E.