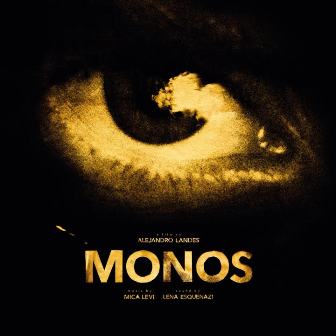 Invada Records & Lakeshore Records have announced that they will be releasing the forthcoming Mica Levi score to survivalist thriller Monos.

The London-based composer, music producer and artist creates an indescribably hallucinatory, often menacing backdrop to the survivalist thriller set on a remote mountain in Latin America.  The soundtrack will be released digitally worldwide—internationally by Invada Records and in North America by Lakeshore Records–on August 30.  The track “Monos” will be available from today (8th) with all album pre-orders. The NEON film directed by Alejandro Landes (Porfirio), will get a UK cinema release later this year.

Says Levi: “I really like all the characters, the Jungle, the mountains and the waves and the sounds of the natural environment–the film crew went to places no one has ever filmed in, recorded sound in, at least for a film. Lena Esequenzis did all the sound and environmental sound. then with the director Alejandro Landes and music supervisor Bridget Samuels and eventually engineer Leandro De Loredo, we worked to get a balance of sound and music to picture.  I hope you all enjoy the film as much as I did.”
Track List
01. Guerreros
02. Mensajero
03. Lobo Y Lady
04. Aullido
05. Solos
06. Funeral
07. Honguitos
08. A La Selva
09. Sin Radio
10. Castigo
11. El Regreso De Patagrande
12. Pisa Suave
13. Corre
14. Helicóptero
15. Monos