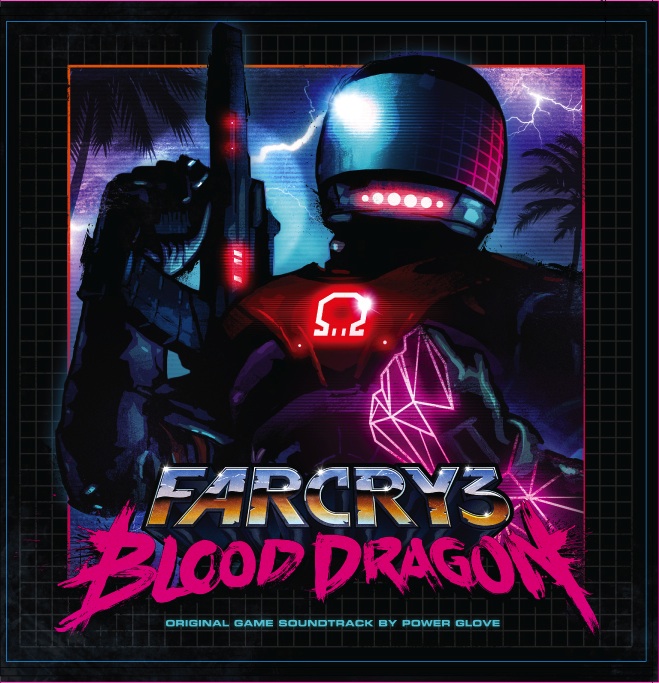 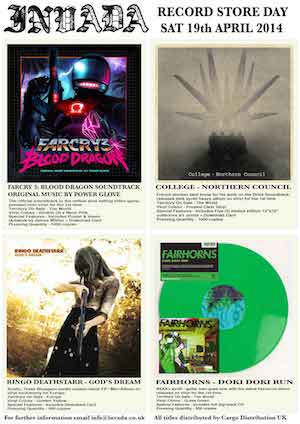 INVADA Records, the label owned by Portishead & BEAK>’s Geoff Barrow, have put together four brilliant releases for this year’s Record Store Day. They’ve also just dropped a great Soundcloud mix showcasing them all which you can check out below, along with details of all the releases.

You’ll do doubt have your own favourite among the releases Invada are planning to drop this Record Store Day (I know certain sections of Louder Than War are really excited about the possibility of getting their hands on a vinyl edition of Fairhorns Doki Doki Run LP for instance) but perhaps the most eagerly anticipated of the four is a video game soundtrack to the million-plus selling ‘FAR CRY III (BLOOD DRAGON)’.

The soundtrack was composed for the game by Australian Duo POWER GLOVE. Amazingly the pair have clocked up an impressive one and a half million plays on soundcloud despite their remaining relatively anonymous (up till now!) with fans comparing their work to Daft Punk’s ‘TRON’ , Kavinsky, College and Vangelis.

It’s a hypnotic, futuristic ride of which it’s been said it has:

“…a pitch perfect tone that mirrors the games vision of a nostalgia drenched journey into the world of VHS inspired dystopian futures”.

The other three releases headed out from Invada towers on Record Store Day are:

Record Store Day takes place on Saturday 19th April, 2014. Now check out the stream below which features tracks from all the above, track list below:

Invada can be found online here: invada.co.uk. They can also be found on Facebook and Twitter as @invadauk.