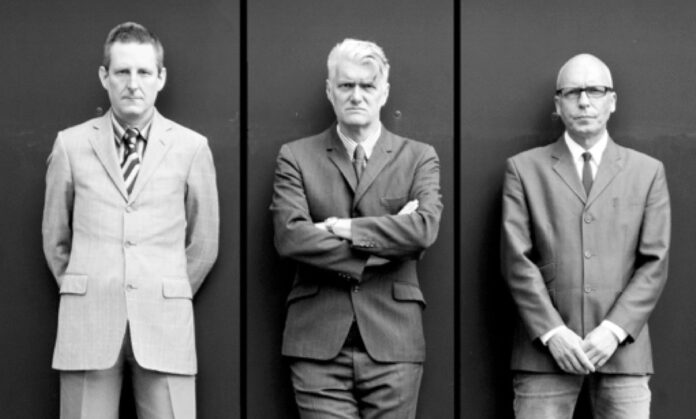 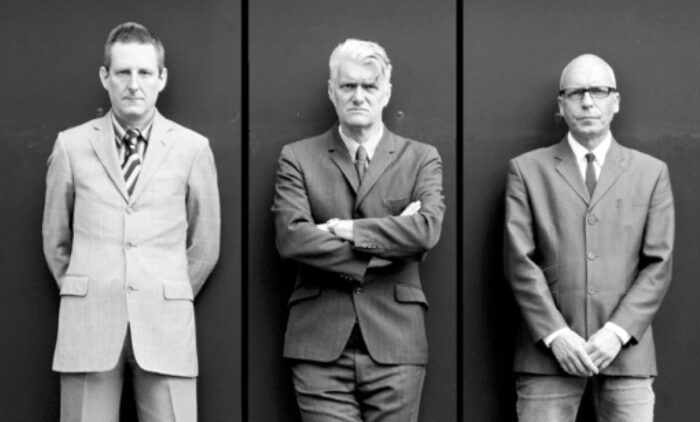 Intterrobang?! consist of Bruce and Hamer from Chumbawamba and former Regular Fries guitarist Griffin. They have a new single out and a tour to promote it with all lined up. Check out the full dates below – and stream the single in all it’s punky glory there too!

Interrobang?! create an agit-punk-funkstorm, angular, taut urgent, pulsating and intense. The baring of souls is played out via their battered and bruised uneasy listening sending you helter-skeltering onto the dancefloor.

The band recently released their debut single ‘Are You Ready People’ through On The Fiddle Records. It is the first in a 3 part series of 7” singles the following two will be released in May and July. Lyrically it’s inspired by the idea of hitting the age of 50 (which has been redefined by this generation) and what this all means, the cliché of the mid life man-crisis.

Interrobang?! … formed in 2012 with a vision to create something that speaks to the generation who grew up in the shadow of punk, with hopes and dreams, full of rebellion. How do they express their anger now? They reject the idea of nostalgia, they refuse to live in the past, no looking back; this is all forward, forward motion.

For more information about Interrobang?! go here: interrobangband.co.uk or hit up their Facebook page.

Now listen to “Are You Ready People?” …