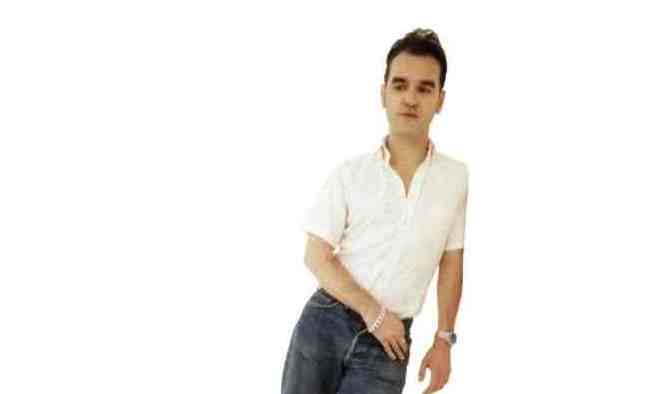 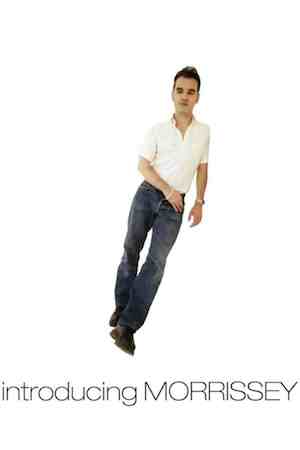 Love him or hate him, we can’t escape him. Morrissey releases a live DVD, previously only available on VHS. Louder Than War’s Fergal Kinney reviews.

Once self-described as ‘a country mile behind the world’, in the 1990’s you could argue Morrissey was one step ahead of the curve through being that bit behind. In the short space between 1992’s Anglophilic ‘Your Arsenal’ album and the 1995 ‘Boxers’ tour from which this DVD was filmed, Morrissey had hung up his Dr Martens, T-Rex riffs and union jack flag after an especially savage NME hatchet job decrying Morrissey for flirting with fascist imagery. Before you could say “I Know It’s Over”, every jobbing indie band from Burnage to Camden had picked up these accessories, and though Morrissey was by this point a Camden resident, Britpop would be just one more party to which Morrissey wasn’t invited.

‘Introducing Morrissey’, previously available only as VHS, catches our hero in the afterglow of 1994’s career peak ‘Vauxhall and I’, yet on the cusp of a long, wasted decade that would end only with 2004’s comeback album ‘You Are the Quarry’. The DVD is very much a document of Morrissey at this point in time – there are no Smiths songs in the set list, and even much of Morrissey’s earlier solo work is eschewed here. The short film that introduces the concert is as sound a reflection of Morrissey’s inspirations and fetishes as has ever existed; a boys choir rendition of ‘Jerusalem’ from the kitchen sink film ‘the Loneliness of the Long Distance Runner’ resounds over footage of Arsenal and Vauxhall tube stations, Eric Cantona and a cameo from Mozza himself plastering Angelic Upstarts posters on a wall.

The ensuing concert film is consistently thrilling – containing the definitive live version of chilling b-side ‘Jack the Ripper’, and as Morrissey’s band of North London rockabilly toughs belt out ‘the National Front Disco’ it’s depressing to note that this terrific character study will forever be known only as ‘exhibit A’ in the NME’s kangaroo court accusations. A celebratory, if not downright showstopping of ‘Now My Heart is Full’ is the film’s real high point – the now customary sight of fans vaulting onto the stage risking personal safety and footwear for a touch of their idol only adds to the song’s urgency and power. A cover of ‘Moon River’ extends to near ten minutes, delivered with haunting virtuoso and an arrangement that hints at what would come next in the proggy ‘Southpaw Grammar’ album. Though the mid-nineties this may be, for the people in the Sheffield and Blackpool audiences the film documents, ‘Vauxhall and I’ not ‘Definitely Maybe’ would have been their album of last year, and it’s ‘Vauxhall and I’ that’s lost none of its potency or perfection with age and imitation. For anyone seeking a career-spanning, balanced document of the live Morrissey experience, they will not find it in ‘Introducing Morrissey’. What they will find, however, is a brilliant snapshot of Morrissey and band almost in a vacuum from their contemporaries, and all the better for it.

All words by Fergal Kinney. More from Fergal can be found at his Louder Than War Author’s Archive.