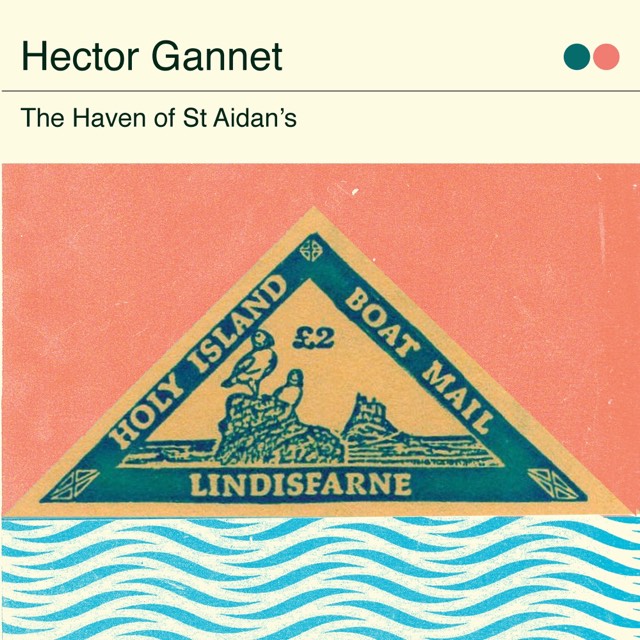 Tipped by Louder Than War as one of our 50 bands to watch in 2019, North Shields group Hector Gannet have made good on the promise of their spellbinding live performances with the release of their totemic set-closer, The Haven of Saint Aidan’s. Available now to stream or download on Spotify, the song is the perfect showcase for the sublime vocals and songwriting of Hector Gannet frontman Aaron Duff, ably backed by the supple playing of drummer Jack Coe, bassist Joe Coady and guitarist Martin Wann.

Hilton Valentine, the North Shields-born and raised original guitarist in the North East’s greatest rock band, The Animals, had this to say about The Haven of Saint Aidan’s: “Please don’t listen to this until you have 9 1/2 minutes of quiet time to give it a shot. It’s not a pop song; it’s a journey. Back in the late ’60s-mid ’70s, progressive rock bands like The Paupers and Caravan had lengthy songs that took the listener on musical journeys, changing style and tempo along the way. Hector Gannet does this in their own style which is pure Geordie 2019. Great job lads!”

Clocking in at over nine minutes, The Haven of St Aidan’s is a genre-defying torrent of surging, folk-influenced melodicism and evocative imagery drawn from Northumberland and North Tyneside’s rich historical legacy. Duff himself explains the song with reference to the celebrated story of Northumberland lighthouse keeper’s daughter Grace Darling, who rescued survivors from the wreck of SS Forfarshire on Big Harcar Rock.

“Haven of St Aidan’s was inspired by viewing vintage archive footage of the North-East of England, and the history of the coastline and the Farne Islands, focusing partly on the religious heritage and also on the heroic story of Grace Darling”, says Duff. “The song ebbs and flows somewhat, and its mood changes much like the sea, and culminates in what could be seen as the panic that may have gripped people on board the stricken Forfarshire during the storm. ‘We’re going to Big Harcar, so throw the buoy over!’”

Inspired by the incident that led to the founding of the Royal National Lifeboat Institute, Duff playfully refers to Hector Gannet’s music as ‘Harcar Rock’. It’s as good a description as any, reflecting the elemental nature of the group’s sound. There’s more going on below the waterline than is immediately obvious in Duff’s lyricism, which draws its moral compass not only from his deep family roots in the North-East maritime community, but also from his heroes Joe Strummer and Alan Hull of Lindisfarne.

For those of us who like our music in physical formats, there’s good news – The Haven of Saint Aiden will also be featured as the ‘b-side’ of Hector Gannet’s official debut single, All Hail, All Glory, released on limited edition CD as well as digital formats on November 15th.

Hector Gannet will launch the single with a sold out (in two days!) gig at Tynemouth Social Club on November 29th, ably supported by Blamire, an artist with his own close, personal links to the North-East’s illustrious musical heritage.

A blazing, near-anthemic track with underlying political themes, All Hail, All Glory makes explicit Duff’s connection to the lineage of Hull and Strummer. With fellow North Shields songwriter Sam Fender having recently topped the official album chart with his stunning debut album Hypersonic Missiles, it’s the perfect time for Hector Gannet to break out from their local cult status and reach the wider audience they fully deserve.

Stream or download The Haven of St Aidan’s on Spotify here.

Artwork by Dale Maloney of The Old School Gallery, Alnmouth.

This article is the first in a planned series of features on the current music scene in North-East England.