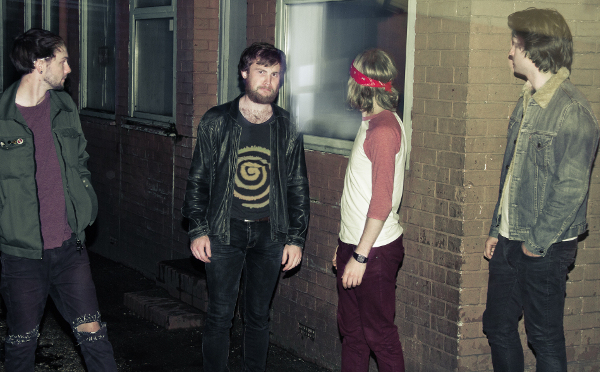 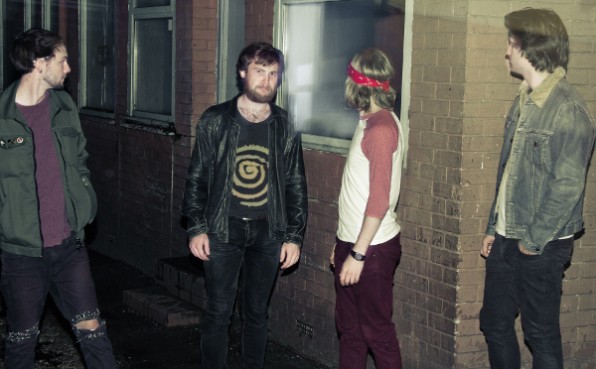 Born in Brisbane but based in Brighton, Australian four-piece Animal House are the latest act to make the journey overseas and set up camp here in the UK.

It hasn’t taken the band long to find their footing either, earning praise from the likes of Clash, DIY and NME for their debut single ‘Sour’; four minutes of clattering early ’00s garage pop that brings to mind The Strokes circa Is This It or early Kings of Leon.

Whilst you might not be familiar with the band yet, you will be soon. Animal House head out on their first UK tour this week, keeping the momentum going that’s allowed them to make a name for themselves in such a short space of time.

We caught up with Will McConchie (vocals / bass) ahead of the band’s tour (full details below).

Louder Than War: Hi guys, thanks for taking some time to have a chat with us. First of all, who are you all and what have you been up to today?

Animal House: G’day! No worries. We’re four guys, Jack, Nick, Jean-Marc and Will. We’ve been rehearsing for our upcoming tour. We’re just about ready to go.

How did the four of you get together?

The name Animal House, homage to the movie or something entirely different?

What film…? I still haven’t seen the film. So it’s no homage for me. We’d been throwing around a lot of names but none of them sounded like the band we played in. Animal House did.

You recently moved from Brisbane to Brighton, quite a difference in setting. What made you decide to upsticks and come to the UK, and Brighton in particular?

Brisbane is a very comfortable place to live; too comfortable. We’ve always had a higher level of respect for bands who can both make great music, and then recreate something even better live. London was on the cards originally, but it’s just too expensive. We knew we’d be spending all our time working in bars to pay the rent rather than playing music. A couple of musician friends of ours had toured through Brighton and said it was incredible, so that was that.

Have you found it to be an easy transition between the two?

It was hard when we first got here because we literally had nothing. No jobs, nowhere to live, we’d done a bit of travel through Europe so we had no money too. There were three or four weeks of the canned baked bean diet. We ate some pretty impressive baked-bean creations in February this year.

How has your music been received over here? Presumably quite well given the rough early Strokes/Kings of Leon vibe you’ve got.

Really well. The English love their rock and roll. Folks from Brighton especially. On an entirely different level to what we’ve experienced before. It makes everything better.

You’re about to set out on your first UK tour. Any reservations about it or are you just looking forward to getting out on the road?

I don’t really have any. A couple of friends have flown over from Australia to be roadies, and a videographer/photographer mate of ours is coming along to film everything. We’ve booked quite a few nights on friend’s living room floors. That could be less romantic. We’re going on tour in the UK, so yeah, life could be worse.

How does playing shows over here compare to those in Australia? Are the crowds or venues different?

We didn’t know any one when we got here so we were playing to completely new crowds instead of our mates. People have been really responsive. Venues here are stickier, which we like.

Any disaster stories from past shows you’d like to entertain us with? Or has everything gone reasonably smoothly?

Jean-Marc threw a broken glow-stick into the crowd once and the neon juice went into a girl’s eye. It was one of those “hahaha…. oh wait she’s actually hurt, possibly blind” moments.

You’re just about to release debut single ‘Sour’, but what can we expect from you once the tour winds down, going in to 2015?

Lots more songs to follow and a heap of touring. We’ve heard Northerners like to party so looking forward to getting up there more often and also over to mainland Europe.

Are there any local bands, either over here or back home you think our readers should be checking out?

There’s a great grunge/punk/surf scene over in Brighton that’s similar to our hometown. Bands from Brisbane like DZ Deathrays and Dune Rats are great fun and over here obviously Demob Happy and Spit Shake Sisters put on killer live sets.