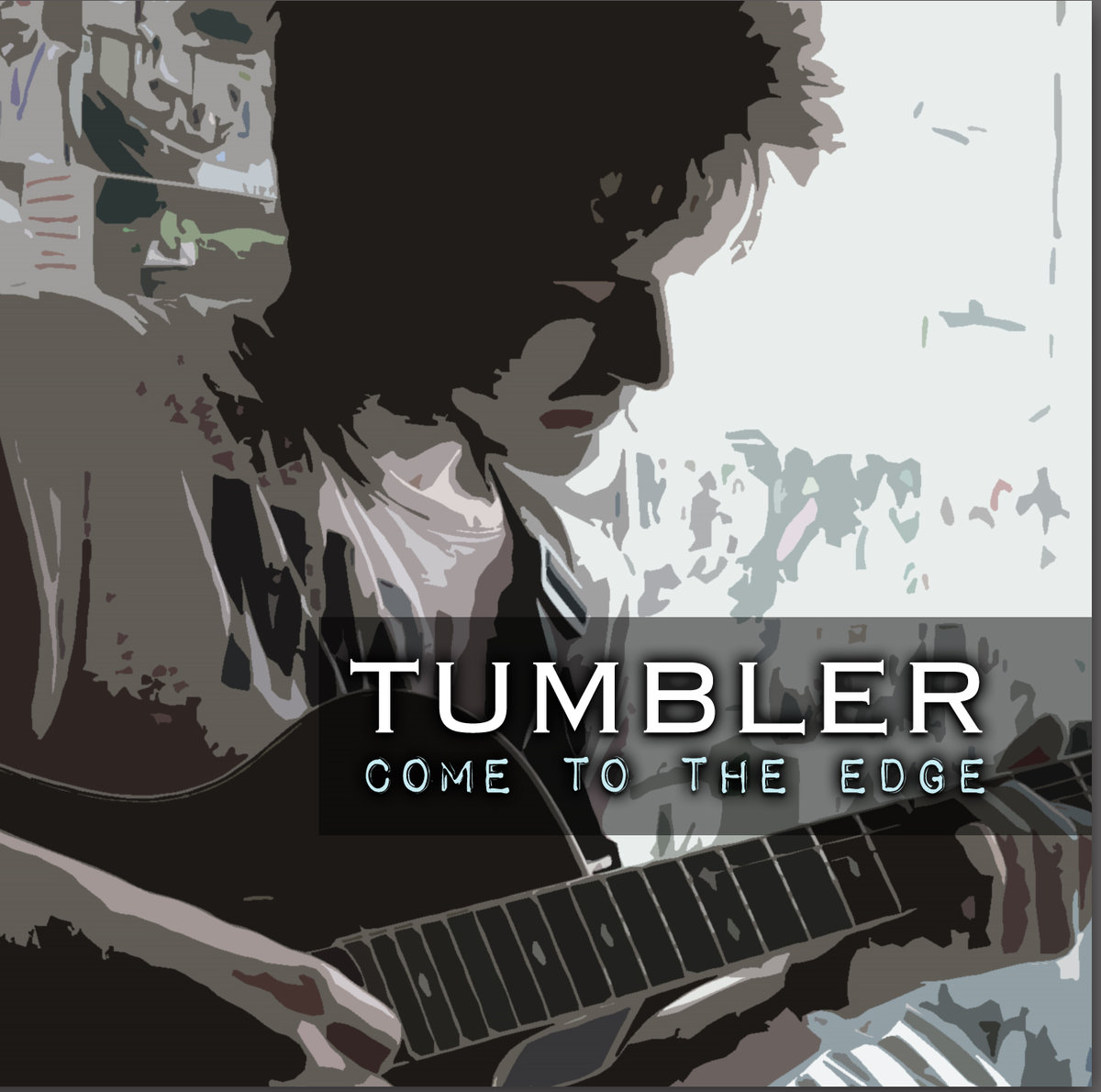 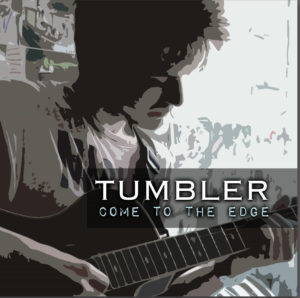 Tumbler is sort of a family affair, plus one. “Come to the Edge”, their newest album was just released on July 26th, and was born in England, out of a lifetime of family music, and weekend kitchen concerts, with dad Richard Grace, son Harry Grace and Dave Needham, who came along.

Their music is unique and refreshing, somewhat similar to that if “The Kinks”,  “The Cure”, and “Soul Asylum”. The album possess 12 tracts, each very different. I was able to share some questions and answers with the group about their music and future plans.

Louder Than War: Your music is wonderfully refreshing. What are some of the things that influences your lyrics?

It’s great to hear you like the music. Thank you for the compliment, which deserves one in return. I think it takes an open and generous heart to give the time and effort to listen – so sincerely, thank you for listening.

As for the question, it’s tricky. Between us we talk a lot about ideas, moral choices, things like that. Harry thinks a lot. He’s become a committed vegetarian in the last year or two, even though his long term and lovely girl Lexi is a completely enthusiastic carnivore. I don’t worry so much about that kind of stuff but find myself increasingly perplexed by the human readiness to hate and dehumanize people we don’t agree with. There really is no ‘them and us’, the truth we need to deal with is there is only us.

Dave isn’t so much involved in these kinds of conversations. His passion is music, bad jokes and his three tortoises. For all of us though, despite the conversations, the songs mostly end up telling honest love stories. I guess that’s where life touches us all most deeply.

I love the story of how Tumbler began. Please share it with our readers.
In brief, Tumbler’s genesis was years of family kitchen concerts – six sons, happy times sharing songs, guitars everywhere and everyone knowing the chords. It was just our thing, shared for fun. Then Harry started talking about making a life in music and wanted to try recording. We found Dave Needham in a local studio that he’d built from scratch in a rented shed. Sometimes a key turns in a lock and all the tumblers just fall into place. At the time that was how it felt, hence the name Tumbler.

What bands inspire or inspired you?

For me, way back in the beginning it was people like Leonard Cohen and Paul Simon. They were such great examples of how music could illuminate poetry and offer scope for personal expression. But the sources of inspiration are never ending. There is so much real quality out there. Beth Nielsen Chapman’s ‘Sand and Water’ came out around the time my father died and I loved her for it. Later I got into great songs like ‘Sweet Child of Mine’ because the lads were playing it, and more recently bands like Half Moon Run and Mumford & Sons because of their enthusiasm. Ben Howard and Jake Bugg are other examples. I guess in each case the unifying theme is people making music for themselves, keeping it authentic.

Will you plan a tour to support “Come to the Edge”?

We’ve talked a lot about the longer term plan. Something we learned with both albums was the huge leap from kitchen concert to finished record. Tumbler for us is about the songs but more than that is 100% about the quality of the end result. We don’t want to tour anything less than 100% quality but to take it live is another huge leap and we don’t feel we’re ready to deliver that yet.

We called the first album ‘You Said’. This second one is ’Come to the Edge’. The next one, if and when it happens, already has a title… ‘And Fly’. That’s when the touring happens, and when it does I guarantee it’ll be 100% awesome.

Is there a song on your new release that you favor performing or just singing at home?

It’s always tons of fun to sing and play together, doesn’t matter what. From the new album Harry’s song ‘Falling’ stands out just because it’s a great song with a strong hook and we’ve loved learning it and playing it together. For a gloriously simple knock-about song though that everyone can let rip with, over the years we’ve probably done ‘Nothing to Hold You’ together as much as anything else.

How would your fans to be gain access to your music?

We like it best when people buy CDs or download from our bandcamp site https://tumblermusic.com because then iTunes don’t get 30%. But in honesty we’re just pleased as hell to have people listen. So whether it’s iTunes or (even worse financially from the musician’s point of view) Spotify and the other streaming sites, we’re just happy and grateful to anyone who takes the trouble to listen.

Do you ever have a family argument about music?

We discuss things when we’re recording and share ideas and opinions, and for sure these can sometimes differ. But it’s a friendly constructive process that feels like fun and leads to the right results.

Is there a particular theme in the new album?

It was never the intention to do some kind of concept album, so I guess the simple answer is no. But with the second album I think we had a clearer idea of what material to use to get the best out of the Tumbler sound. So musically I think the new album, despite still carrying a great deal of variety, has a more coherent musical feel to it.

What do you feel the definition of music is?

What a superb question – no-one ever asked us that before! I guess music is so many things to so many people there can’t ever be one simple catch all definition. For me, if I had to come up with something, I think I would define music simply as the beauty of the human heart expressed in sound.

Is there another project in mind?
For now the priority is to get the new album out there and heard. It releases on 26 July and already we’re seeing a bit of a buzz around it. We’re already getting some radio airplay and seeing some positive early reviews. We’ll see how it goes and build next steps from there.

The music remains the ongoing project though. Harry’s writing is going from strength to strength and we still have a lot of material to take forward. It’s obviously great that we’re building an audience and we’re always grateful that people bother to listen but mostly we just love making music and feel immensely blessed to be able to do so.