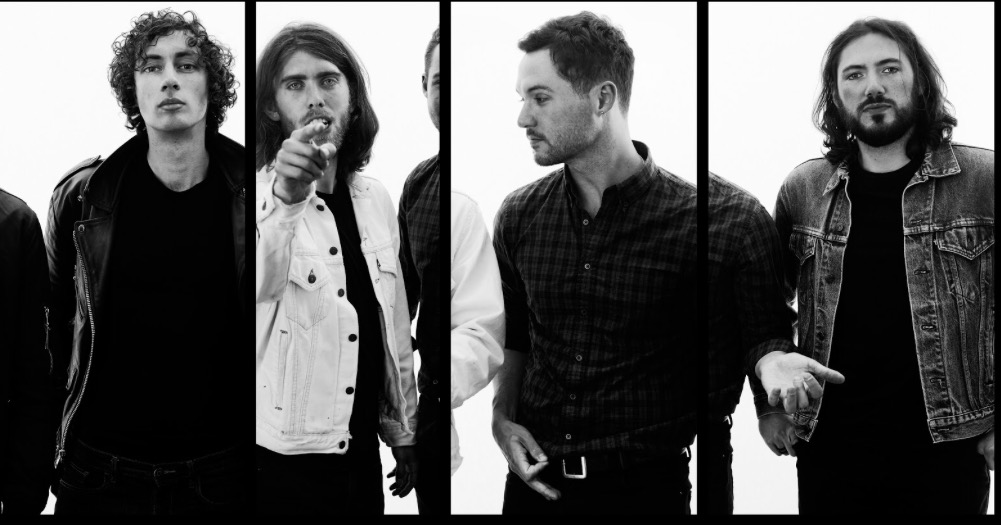 London-based Jamaican-infused punk sensations, The Vex, have just released a smokin’ new single, Living In The, from their self-titled EP, set to meet the world on 21 April. The single was inspired by the sacred words of the English philosopher, Alan Watts. The song is about living in the eternal, “NOW”. Sonically and lyrically powerful, the song certainly makes you think! 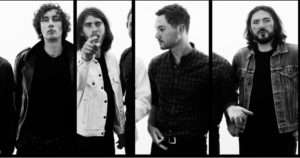 Their new EP is edgy, dynamic and explosive. It confronts the issues impacting the 21st century, and evidences the band’s awareness that peace, love and unity, are the only things that really are important. Their sound is especially unique, although influenced  by bands such as The Clash, as well as the sounds of Jamaica.

The members of The Vex, all from the outskirts of London, are composed of: Josh on guitar/Vox, Andrew on the bass , Joshua on the drums, and Jacko, playing guitar/vox. Jacko was kind enough to enlighten me as to the group’s philosophies, attitudes, and themes, straight from Barcelona, where  he was completing an adventure.

Louder Than War: What brings you to Barcelona?

Why not! I’m on a bit of an adventure for the last three months. I was in Cuba, then I did Costa Rica, and a friend joined me out there. We went to a music festival in Costa Rica called Envision. It’s like a conscious music festival. There were a lot of workshops, a lot of people talking about health and sustainability, and a lot of looking out for the planet. There was meditation and all that sort of stuff, which was really interesting. Then I crossed the border to Panama and did another festival, which was a tribal gathering. Sixty indigenous tribes meet up every year in Panama and have a festival with a lot of ceremonies. Then my friend, she left me and went back to London, and I went to Peru, because I wanted to go to Peru. Andrew from the band joined me out there. We did two weeks in Peru together. Then before we flew back to London, an Argentinian friend of mine, who lives here in Barcelona, asked me to stay with him for a week. That’s what I’m doing.

Really cool adventure I would say. How fun!

I did some song writing as well, on the road. I bought this really cute guitar in Costa Rica, and I have been writing the whole time. It’s been amazing, I’ve got another EP ready. Me and the boys will get back in the studio when I get back, and will rehearse these new songs.

Tell me about the EP that’s coming out shortly.

So it’s a self-release, where doing it ourselves. We have released a few things in the past through different small independent record labels, and different people, but this one we’re doing by ourselves. We’ve got a vinyl press for it as well. It’s an actual record.

Yeah, so we’re real excited. We recorded it last year, and I’m really excited about it.

You should be excited, it’s amazing. I love the single.

Living In The? That was inspired lyrically by Alan Watts, I don’t know if you’ve heard of him. He’s and English philosopher from the ’60s. He died in 1973. On YouTube there’s a huge archive of his lectures. People have sort of taken to it. He could be talking about a bottle of water, and you would say, ‘wow, that’s an amazing bottle of water’. So he talked a lot about living in the “now”. We live in the eternal now. He talked about this before the internet and social media was ever invented. He talked about in the ’50s and ’60s, people went around taking pictures of everything on cameras, and capturing the moment themselves. They were behind the lens. They were not actually there in the moment. That’s like today. People will go to a concert, with their phones, and will be filming it, rather than taking it in themselves. Do you know what I mean?

To me the songs about living in the now moment, and not being somewhere else.

Do you write most of the songs for the band?

So me and Josh, the other guitarist, is a songwriter, and I’m a songwriter. We both write. Some songs I write completely myself, and I’ll bring them to the band. Some songs Josh will completely write, and bring to the band. Other songs, he’ll have a verse, and I’ll have a verse, or he’ll have a chorus and I’ll have a chorus, and we’ll collaborate on it that way. So it’s definitely me and Josh have a song writing partnership, really. Then we take it to the band, and craft the songs from there.

How long has The Vex been together?

The Vex has been a band with four of us, since 2012. We all were playing in a previous band before that with a different line-up. We had a lead singer, so it was a five-piece before, and we’d been playing since 2008. So the four of us have been playing for nine years.

You have a great sound.

We’d love to come over to the states and play. How do you think our sound would go down in America?

It was really funny, last night me and my Argentinian friend went out for some drinks. We meet two girls from Arizona. They ended up coming back to the apartment and me and my friend Diego started playing some songs. They thought we were amazing and said we should come to America.

I heard that Adam Ant wanted to manage you or something?

Well you guys are a really good band.

We can all play. The style that we play, I’ve not heard. I don’t want to sound big headed but I’ve seen a lot of bands try and do this sort of rock and roll meets reggae. I’ve not seen anyone that does it right, or as well as us.

What would you want to promote for yourself right now?

I’d say there is plenty more to come from The Vex. We’ve had six months of not playing too much really. I’ve been away for three months, and we’ve been getting this EP, vinyl up. So when I come back, for anyone in the UK, we will be playing a lot more, and we’re going to be recording the next one. Some of the songs I’ve been writing have some Spanish phrases in it, but so did The Clash, didn’t they?

What was the name of your previous band?

Krakatoa. It’s a volcano. It was the loudest sound ever known to man, ever recorded. Did you know that?

That is why we called it Krakatoa. We were very loud.

Is there anything else that you would like to add or speak about?

Yeah, I’d say anyone out there that is looking to play a musical instrument, I would say play it! It’s the best thing I’ve probably ever done was learn how to play guitar. And it’s not hard to do. It’s easy. I’m an electrician by trade. I’m a sparky….and I meet people who are electricians that wish they could play guitar. I tell them to play. It’s so fucking easy. I show them. I play three chords and when you play three chords, you’re set. You can play pretty much most songs. It’s the greatest thing in the world. It’s a stress relief, if your angry, you can take your anger out on it. If you’re sad, it’s like a meditation, it’s therapeutic. I can lose myself playing the guitar for an hour. I feel more peaceful, more alive…I feel like a happier human being because of it.