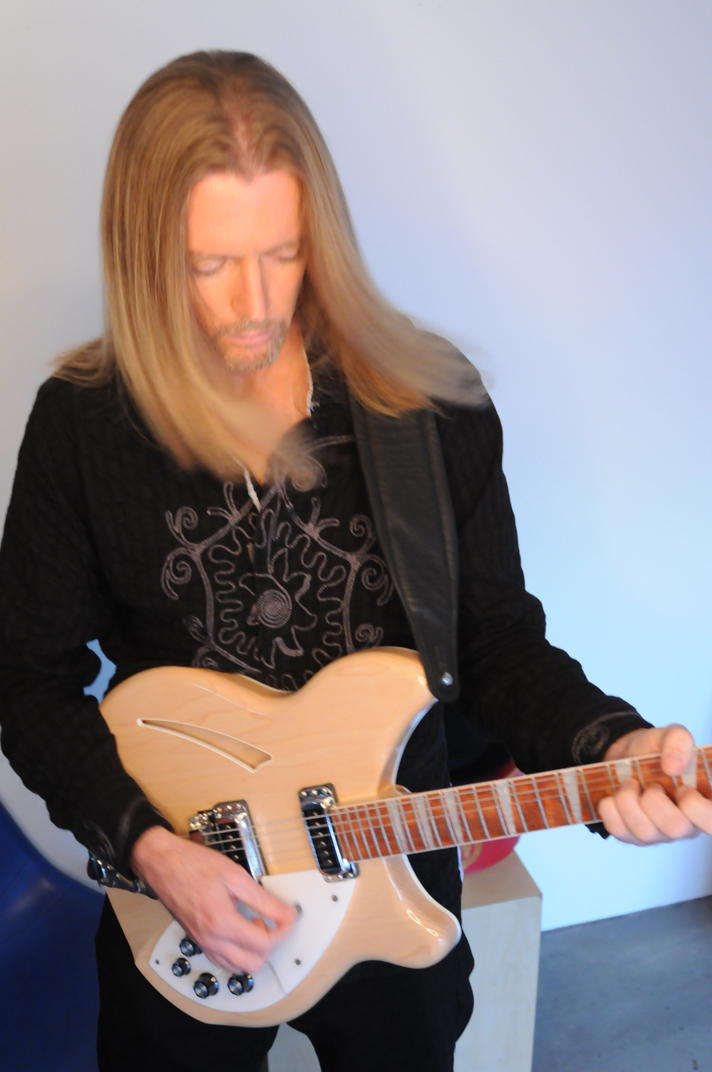 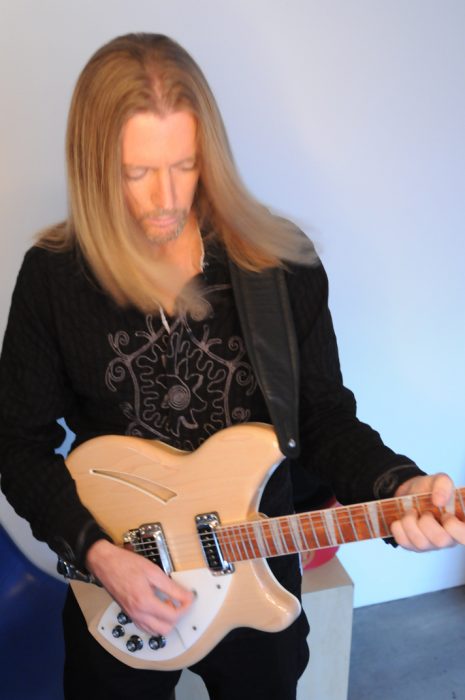 One of the most profound and prophetic artists I’ve ever come across, Christopher Sluka, has recently released his newest 13 track album entitled: “Introversions”, a thought provoking masterpiece, filled with drama and emotion. Skulls is currently filming a music video for each of the 13 tracks which will be compiled on a Blu Ray release of ‘Introversions”. It will coincide with a European club tour set to take place in November.

This powerful performer has recorded 10 studio albums, has been raised around the world, is a distance runner, and  an accomplished aircraft pilot. He is a compelling personality, and his first released video, “Gothic Cavalier”, is a brilliant captivate  creation….

Louder Than War: You are sooooo David Bowie, in the best way possible, yet with your very own sound. Who were or are your musical influences?

Thank you for such an esteemed comparison. Any similarity is not intentional. I understand I have a similar vocal range and I obviously have deep respect for him. We humans are influenced by everything that is exposed to us. Some of which we are aware, but I suppose most is at a subconscious level. And then there is the influence of music, and the other arts, that influence us in ways unpredictable. For instance, not only do we create from inspiration; but sometimes we create art as a reaction to something we dislike. As for Bowie, I loved his music, and in the tradition of The Beatles, he was always pushing the envelope and redefining what popular rock music could be.

Is there a special message or messages that you wish to evoke with “Introversions”?

Is it true you are making a video for each track on the new album? Tell me about the Blu Ray video album that you plan on releasing please.

I’ve been working with a like-minded director, Eric Bishop, for all the videos along with many other talented people. The first video we made earlier this year was for “Gothic Cavalier.” It came out much better I think than any of us expected and the response from viewers was a welcome surprise. We made three more and quickly realized that, like the songs on the album which have a cohesive quality and interrelated themes, the theatrical nature of the visuals also lent themselves to a complete work, almost as a feature film. Beyoncé recently released her “visual album” and so that seems to be the trendy term applied to what we are now in the final stages of completing. Currently it looks like it might be ready for release in November. I am very lucky to have such an opportunity to create something at this level. We are doing everything we can to maintain a high standard and maybe even surpass our own expectations.

I’m totally in love with the “Gothic Cavalier”. What was the motivation behind the song?

Thank you. It came to me while on tour, walking alone late at night on the cobblestone streets of Prague, the very center of the gothic bohemian world of Kafka… with that paranoid yet delicious desire of needing to know who we are… Why are we here? I had come to the obvious conclusion that I will never be a Mother Teresa. I’ve been told I’m too cavalier about all the suffering and injustice in the world, that I should be more involved, become an activist. Maybe it’s a cop out, but that’s just not me. We all can’t be a Mother Teresa. So who am I?…. Well, I’m the gothic cavalier.

Do you think the fact that you lived all over the world has influenced your music?

It had to. We are all a reflection of our own unique life experiences…. not just that which we embrace but also everything we reject.

The anticipation of not knowing how it will all transpire and hoping for the elusive magical moments when you feel connected with the audience, yet knowing it is only momentary and will soon disappear…. And then you hope to reconnect again… I suppose it’s an addiction isn’t it? And any musician would be lying if they didn’t admit they’d rather hear “You rock!” instead of “You suck!”

What is the meaning of music to you personally?

As with all the arts, including philosophy and the pursuit of knowledge, it is the only positive thing that differentiates us from all other species. It is an emotional communication that some might describe as spiritual bonding. It can be deep, silly, fun, sexy, sad, angry, etc… and no one really knows how it works. After the essential hierarchy of needs such as food, sleep, and security from danger and extreme environments; most people find sustenance in music as an absolute necessity. I am no different.

So you’re a song writer, singer, artist, distance runner, aircraft pilot…..is there something that you’ve dreamed of doing that you still wish to accomplish?

Thank you for the acknowledgments, but I haven’t cured cancer, ended world hunger, nor given hope to the hopeless… I just lived my life doing what made sense to me. We all have our interests. And if we just tried to do the right thing while pursuing those interests, which is not easy and we often get sidetracked, the world would be a better place. As for me personally, I have no idea what lies ahead. I’m along for the ride.

Do you recall the funniest thing that has ever happened to you live?

Aside from having lived every scene in the movie “This is Spinal Tap”, I’d say the time I coolly & confidently strutted out onstage at a club in NYC and promptly, accidentally, kicked out some power cords causing total silence resulting in a wonderfully awkward stare with the audience where we both realized I will never be “cool.” The unintentional comedy was funny, but from that moment on I understood that if everyone is “cool” then the word has no meaning.

What’s next for Christopher?

The usual,… write & record a masterpiece, become Father Teresa, run for God…. Can I count on your vote?…  I have no idea where this life race is taking me, none of us do. Eventually we all cross the finish line. Interestingly though, we probably will never have an awareness of when that actually happens. So keep running, never settle for less than the best of which you’re capable, and cross that finish line with the exuberance of having lived a life well led.