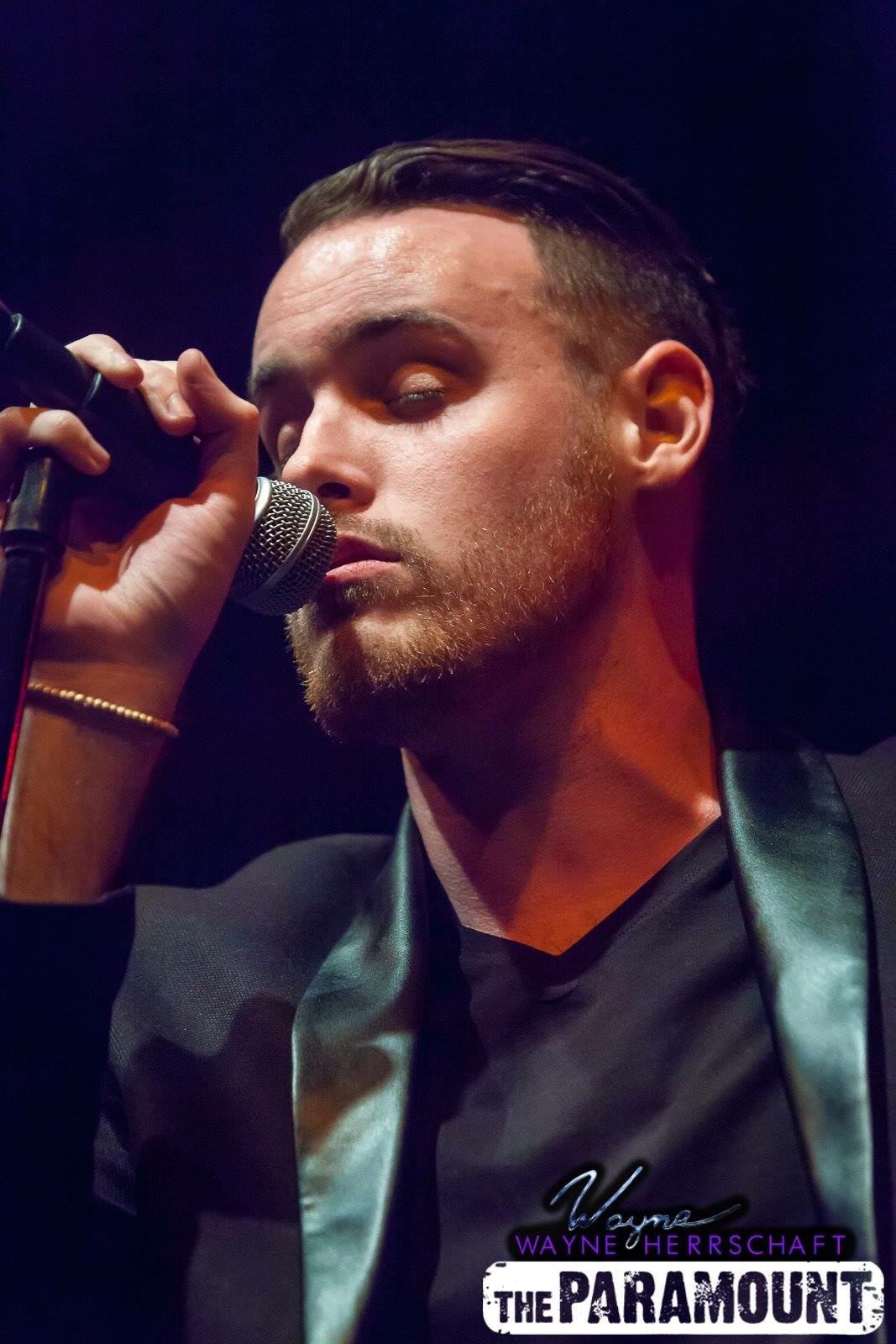 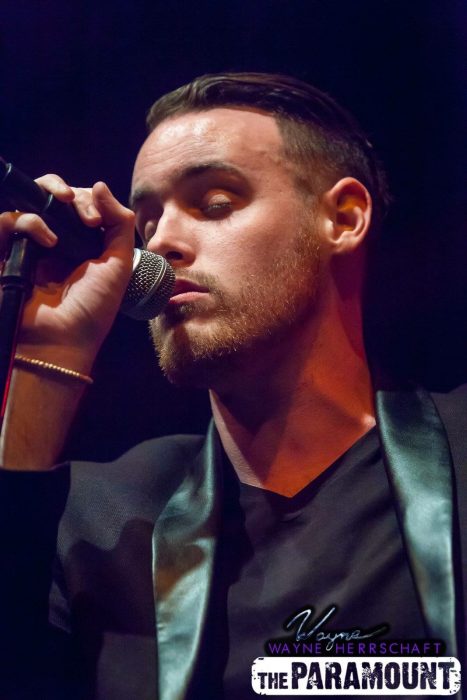 Beginning their summer tour with a performance at the “Montauk Music Festival”, on the main stage, the band’s music has appeared in the movie, “Back in the Day”, starring Alec Baldwin, Danny Glover and Mike Tyson. They have been selling out large venues, including the Paramount in Huntington, and are quickly growing in popularity.

Louder Than War was able to ask them some questions about the history of the band, and their current endeavors.

What was it like for you playing at the Paramount? As a fellow Long Islander, I’ve seen many groups there such as Billy Idol, Ru Paul’s Drag Race…that’s a really cool venue.

To this day, playing the Paramount stage was one of our favorite performances. When you walk on the stage for soundcheck and look out into the space, you realize the severity of the performance. Then to walk out on that stage with a packed house is an incredibly humbling experience. There are different types of energy you can receive when performing. Often times it’s the interaction with the audience. However, many times the venue/stage/sound can really pump you up for a show. In the case of the Paramount our Adrenaline was off the charts. A true milestone for this band. – Matt

How did you come to have your music featured in the movie, “Back In The Day” ?

Our manager, Vince Butta, aligned us with a music publicist/supervisor. He helped place us in the film. Never thought one of our songs would be the soundtrack to a bar fight scene in a boxing movie! Funny yet equally cool. -Alex

How was the Montauk Music Festival?

The Montauk Music Fesitval was one of the greatest experiences of my life mostly because we were performing for people who’s main goal was to enjoy and discover new and exciting music in a relaxed beach-like setting with drink and festivities throughout. We specifically played at a venue, or more specifically a beachfront bar, called Montauket. We entered the building and immediately felt uneasy because 1. everyone was enjoying the sunset outside on the deck when we were supposed to play indoors and 2. the space that was laid out for us to play was quite small and we feared our music and energy might overpower the space and furthermore the cliental who were simply trying to eat and enjoy a “chill beer” after work. However, a huge testament to us and something I’m very proud of is that we stayed true to our sound and didn’t let the setting affect what we do best and that is rock out with all we got. What we feared would happen ended up creating an opposite result in that our high overpowering energy ended up becoming contagious with the people who were listening! EVERYONE came in from outdoors and the whole bar stood up to come check us out. We brought the chill setting to OUR level and hosted our own Sir Cadian Party and in turn one of our greatest gigs to date.  – Micah
Where on the Island are you all from anyway?

Richie (Bass) and Alex( guitar) are from Smithtown. Jack( vocals) and Matt(keys/trombone) are from West Islip. And last but not least, Micah( drums) lives in Astoria. – Richie

The Great South Bay Music Festival is a big deal….how much fun was that?

It was one of the most exciting shows to date. Not only did we win a battle of the bands to get there but festivals are exciting. The crowd is there for beer, dancing and to appreciate great music. We are excited to be returning on July 17 at 4:10PM. – Richie

How did your band come together, and who writes the music?

Alex and Richie were a part of a previous project a few years ago. They began a new band and found me through placing an ad on Facebook. Soon after I got on board I brought my childhood pal Matt on too. Fast forward a little bit later I bring my old college room mate Micah on for drums and the rest is history. Alex wrote a majority of the music for the first EP and lately we’ve been writing a lot together as a band. Someone will usually bring in a hook or a chorus and we’ll jam and work off it. We all respect the chemistry and play off each others sounds really well. We collaborate and play until something clicks where we know we’ve found something well worth it. It’s exciting. It’s the best part of being in this band. -Jack

Is there a favorite song off the EP that you enjoy performing?

My favorite song on the new EP would have to be “All is Fair (In Love and War)” based simply on how it sounds live when we play it. It can be argued that there are “catchier” or even more “mainstream” sounding songs on the album such as our single, “Gwen Barkley in the 20th Century” or even our recent lyric video “Book of Secrets;” however “All is Fair,” to me, has a raw ska-like feel to it that brings me back to the funk scene that existed in the 90’s. We also extend the bridge when we play it live that highlights the drums a little more and also allows for audience participation at the end. It’s one of our more upbeat harder hitting songs and that’s something I always dig!- Micah

Who thought of the name?

We had a gig before we were named and we must have thought up a minimum of 200 names before hand. I googled “cool words”, found circadian rhythm then we decided to twist it a bit and make it Sir Cadian Rhythm. It was makeshift at first but the name stuck. We all ended up liking it. Your circadian rhythm is your bodies natural rhythm and we want our music to effect that. -Jack

What music are you influenced by?

The cool thing about the Sirs is that for the most part we all listen to vastly different types of music. This adds an interesting dynamic which is reflected in the music we write together. But for the most part our core influence is 90’s rock music. Bands like RHCP, Incubus and Blink have had a lasting impact on us. More recently though, we have been listening to bands such as Twenty One Pilots, Marianas Trench and Tame Impala. – Alex

Do you plan a more extensive tour in support of the new release?

Regardless of the new release. Touring is something that we are hungry for. The five of us can’t wait to pick up and go everywhere, and anywhere. We’re currently looking for a van/bus/clown car/ anything we can get to transport the band and gear. We are pretty booked for the summer, but have every intention of traveling at the end of the summer beginning of the fall. – Matt

What’s next for the band?

We are currently working on booking some shows/ tours for the summer/ fall. We are also in the process of writing a ton of new music. Even though we are just releasing this EP, we’ve had a lot of fire writing some new tunes. – Richie