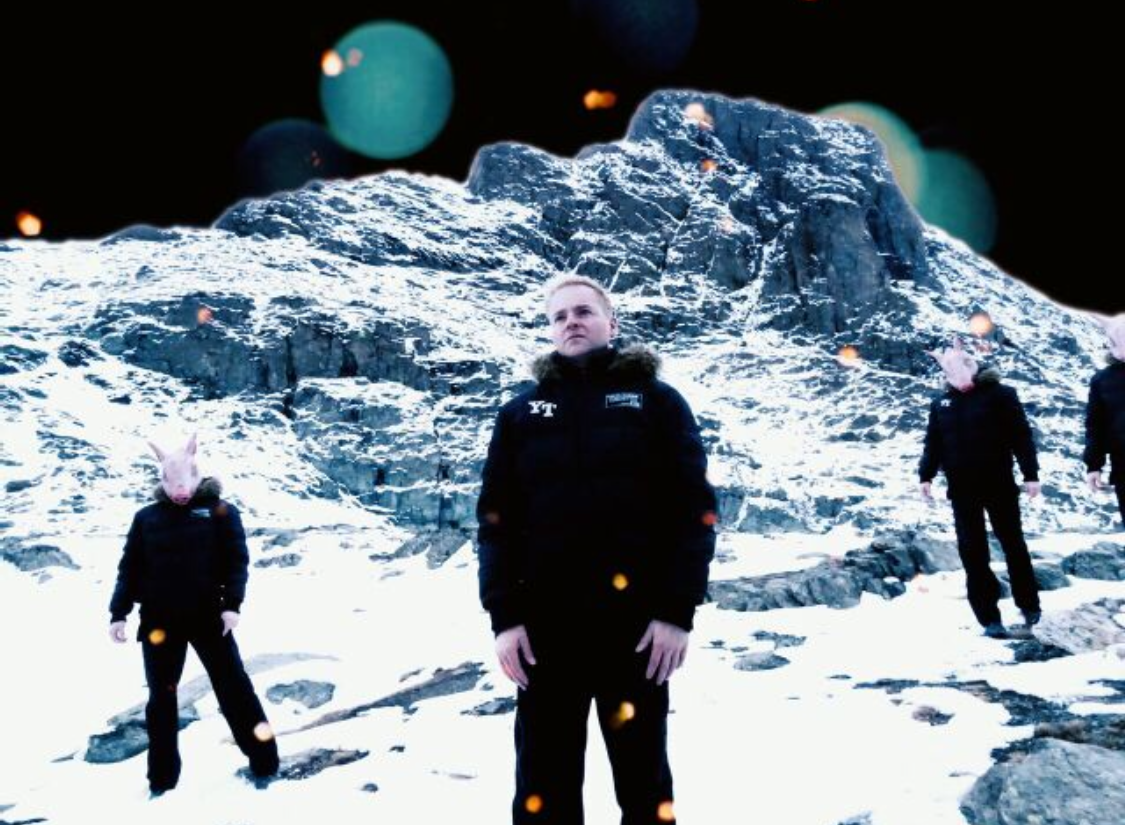 A prelude to an LP entitled, Celesteville, to be released later this year, Saint Mars has just unleashed their four track EP, which includes their new single and video, Ocean Blues.

This very moving song and video, focuses on the powerful and relevant, bullying issue that is constantly trending today. It represents the innocence and vulnerability of childhood personalized through a young boy harassed by dark shadows. 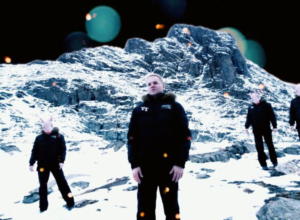 The onset of the band began when lead singer, Marc Darcange met guitarist, Angelo Bruschini, backstage at a Massive Attack concert. Other members include: Nataniel Shelley, on bass and keys, and John Langley, on the drums.

Together they have become a forerunner of the new alternative music scene. Louder Than War’s Eileen Shapiro chatted to singer Marc Darcange.

Louder Than War: Bullying is a very relevant topic right now. What made you decide to focus on that topic? I feel like there is a story there.

You’re right. It is somehow my own story. As a child, I was really on my own; I sometimes felt disconnected from my other classmates. I faced episodes of isolation, episodes of bullying, episodes of school phobia. I also had a complex about my weight and the way I looked. At a certain point, I questioned my own life. Childhood is a wonderful moment, but it can be a difficult process. You’re laying the foundations of your personality. But you totally depend on others. You rely on parents, adults, teachers, etc. You are vulnerable. If things turn bad at school, what can you do? If you’re an adult, you can always resign; it’s not easy for sure, but you’re allowed to do it, but can you resign from school? No. It’s not allowed. You’re stuck. You have to trust the adults surrounding you. If they don’t listen to you or don’t understand you, you have no way to escape your condition.

To be honest, I never decided to write about bullying. At least not consciously. I didn’t have the feeling to write anything, really. The melody, idea of the song, the story behind it came to me naturally: the story of a young boy bullied because of his overweight, called “Piggy the Whale” by his classmates and ending up turning into a real whale… I think it’s a very strong image: you become what other people say you are; if they constantly call you an idiot, you will become that idiot.

I felt the need to be a kind of spokesman of this silent minority. In a certain way, they all are my brothers and sisters. It’s about time to raise awareness of all that those children have to endure. It’s no fun. It can have dramatic, fatal issues. To be honest, I am very glad I’m still alive so I think it’s my responsibility as an adult.

The video with the little boy chasing shadows, was very powerful, who’s idea was it?

That’s the idea of the French directors of the video, Romain Bedouet and Julia Bois; the credit for this is totally theirs. At the time of the video, they were two young students of an art school in Nantes (Cinecreatis), in France. I met them on a website. They were looking for a music track in order to make a video for their final-year project work. I don’t even remember which website it was. A total coincidence.

They did like the track. I explained them the idea behind it. And they came back with the idea of the shadow. It was really spot on. The shadow expresses the idea of something intangible, elusive, but that never leaves you. Something which can lives in permanent impunity. That’s the bully. Or the anxiety behind it. It has become the symbol of Saint Mars first EP and of the Ocean Blues song. It will come back on other songs and videos.

I am so glad I met Romain and Julia. They have become an important part of the Saint Mars project.

Will you be touring in support of Ocean Blues?

We will tour for sure, but later this year, in support of the forthcoming album. Live shows are somehow an important step for me and for the whole band. I am used to fully invest myself in what I’m doing. I know I look like a very quite guy, but there’s a kind of Iggy Pop haunting me! Fear is there, obviously, but I have the feeling it might be a very intense experience for us as well as for the public.

When is your full length album set to be released, and can you talk about it a little?

We hope to release our first full length album by the end of year. The album will be called Celesteville. It will be the continuation of the Ocean Blues story, but on a full album. A kind of concept album on the story of this young boy.

We will explore new sonic territories, new ways of integrating baroque music and ancient polyphonic melodies into modern music (something we have first tried with Boys Never Cry, the second track of the EP). But we will evolve towards more concision and efficiency. It’s easy to forget the power of simplicity. Simplicity and minimalism are very powerful. Joy Division is often on my mind. I can’t think of a band that had a more subliminal influence on me. It’s very clear in my head what we should do. I really hope we’ll be able to make it happen that way!

Is there a song or musical passage that never fails to make you emotional?

I am very glad you asked. In this question, you’ll find the reason why I am making music. It makes me emotional. It always has. In the recent years, songs like Endors Toi, by Tame Impala, or Sentimental, by Porcupine Tree, or Siberian Breaks, by MGMT, had this power on me. They are so evocative; they have this ability to take me out of time, to make me relive my childhood or teenage years. They talk to my deeper self. When I was a teenager, the song In your House by The Cure, had the same effect on me. Or Caroline, No, by the Beach Boys. I am a music lover, even before being an artist.

In the music of Saint Mars, the final of Ocean Blues, with this kind of whale voice (in fact my own voice pitched up), or the final of Boys Never Cry have that same evocative power on me. I hope it will have the same effect on others too.

How does your personality reflect in your music?

I can’t think of a better way to express what I really am. Obviously the young boy of Ocean Blues, that’s me. I am Piggy The Whale. I remain a fat kid at heart. I can really identify myself in the music of Saint Mars in general, but specially in this song.

I don’t consider myself as very communicative. I am not a great speaker. I can recognize myself in what Peter Gabriel once said about himself: “I am socially inept”. Well, somehow. And somehow creativity and music are my language, my way to express feelings, specially melancholic ones. In my view, they are a way to bring light to darkness and beauty to ugliness.

Is there anything else that you would like to promote for the band?

I am not alone. We are a band. I am extremely lucky to work with Angelo Bruschini, guitarist of Massive Attack. His experience and music sensibility are a very important part of Saint Mars music. He’s got so much talent. He knows how to enhance a track. We share the same vision of music. I also tend to work more and more with our bass player, Nathaniel Shelley, who is a very talented guy and co-wrote Ocean Blues.

We have a first EP out, Ocean Blues, but really, it’s just the beginning. The new material we’re working on is very promising. We will evolve. We constantly have new ideas. Hopefully, the best is yet to come. And with live shows, the band will certainly reach a new dimension.