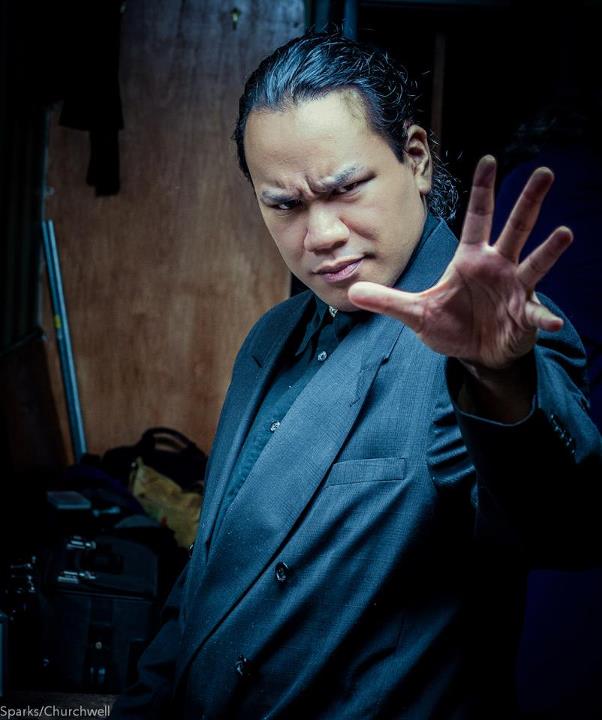 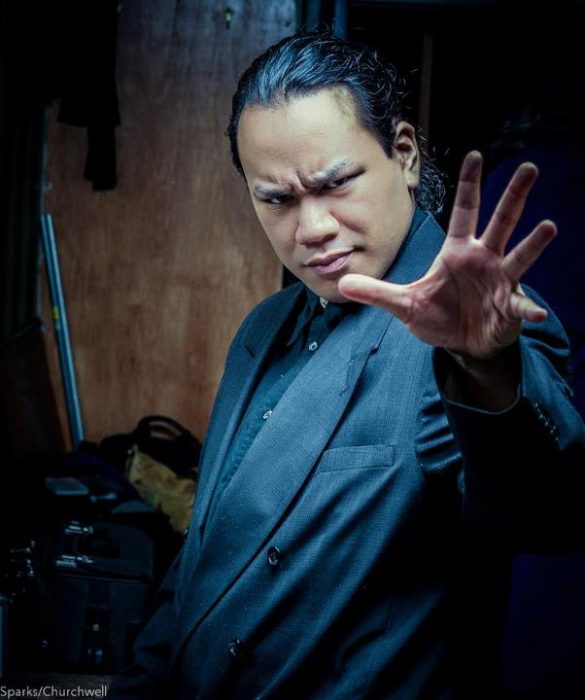 Is it magical mysticism? Is it a spiritual phenomenon?  Is it a terrifying enchantment? I’m still not exactly sure just what it is, however it’s all done by Magician/Mentalist, Robin Channing. As in the film, “The Matrix”, he bends spoons, and forks, and coins with his mind…..right in front of your very eyes. He implants visualizations in your head while performing card tricks, and then guesses the very card he caused you to think of in the first place…..and that’s only the beginning.

I met Robin while he was performing at “Off Key Tikki” in Patchogue, and since then my beliefs haven’t been quite the same. I couldn’t resist speaking with Robin, because his artistry is really something very special and unique….This isn’t a mere live review, or even an interview….it’s a revelation…

Louder Than War: What is it that you call yourself?

I consider myself a Magician/Mentalist. If I were to go into the more fanciful copy that I give myself, … Magician, mentalist, contact juggler, seeker of wonder, professional liar, occupational cheater, and eternal  student of the secret arts.

Were you born with these talents or are they acquired?

Certain abilities I was born with, like spatial visualization, muscle memory, things of that nature.

What do you consider your most fascinating trick?

Call it an effect. That is for me a very difficult question. Having been at this for 2 1/2 decades, and really struggling to come up with my own material, trying to iron out my own specialty, I have most fascinating effects for different situations. Right now the one that comes most to mind is an effect  that I came up with holding an iPad. ( I witnessed this effect first hand. He held up an iPad with the image of someone in the audience. He made her stand several feet away and touched her image only on the iPad. With her eyes closed she actually felt his touch on her body, although he only touched her image on the iPad).

How did you do that? Is it a trick, or an illusion?

It’s a mystery. We often talk about in the Business, that we represent illusions. But lately since I’ve been venturing deeper into mentalism, when I say lately I mean the past few years, I have come to realize certain things that I do, do not qualify as illusions. Case in point: when ever I bend metal, cutlery and so forth, i used to tell my audiences that, that was an illusion. Then someone called me out on it and said “no, that’s not an illusion because you really did bend the metal”. The fact that I’ve bent metal, and then give it away in that permanently altered state, one can talk about the fact that I apparently did it with will power. The reality of it all I believe lies in the performance. If you believe as a performer that what you are doing is real, then the audience is a lot more susceptible to believe in the same reality.

Do you have to practice these things?

Yes. It’s both a physical form of practice and a mental form of practice. It’s not just doing moves, it’s about visualization. I have to visualize the scenario before I enter it, so as a result I am more or less going along with the images that I have in my mind to make that reality happen. Of course things come up, unexpected reactions, but I have to adapt to that accordingly. It all starts with mental visualization.

Do you really read minds?

Wait stop right there….you asked me to think of a card and then you knew the exact card that I was thinking. There is no way that you could have known that.

There lies the mystery.

I could have picked any card in the world.

Ah huh. That you could of.

I’ll go one step further, you couldn’t have planted that card in my mind, because I would have picked that card no matter what.

So I would lead you to believe.

That’s the most terrifying aspect of the art. The methods, the real methods that are employed, the deepest layers of them are so subtle, they are terrifying.

Do you make your living doing this, or do you have a real job?

I get that quite a bit. Most people don’t realize that this line of work is a real job. It is a very demanding real job.

Some of your effects were really scary. Look at the people around you right now, do you know what they are thinking?

Thank you for that. I get impressions. In my line of work after everything I’ve studied, my impressions are perhaps much more detailed. I don’t read minds in general, I apply these  skills towards ….well I’m much more specifically a thought reader, than I am a mind reader. Much more specifically I apply my skills to the art of entertainment, because if one were to really delve much deeper into say real world applications of what I do, then you could find out people’s pin code numbers, pass words, all manners of terrifying personal information. Out of ethic, I refuse to apply my skills in that direction.

Can you predict lotto?

There is a piece in my act where I do predict winning lotto numbers. But with lotto, it’s very difficult to predict because the lottery is automated by machinery.

Do you have a wife or a girlfriend who’s mind you can read?

Believe it or not I am very much single. I have a love affair with my work.

Well you are a very interesting human being, if in fact you are human. Which is kind of a compliment. Do you believe in aliens?

Yes, I believe in the possibility.

I’m not sure how far to go with you.

It’s all a question of how far you want to follow the white rabbit down the rabbit hole. It’s up to you Alice…..