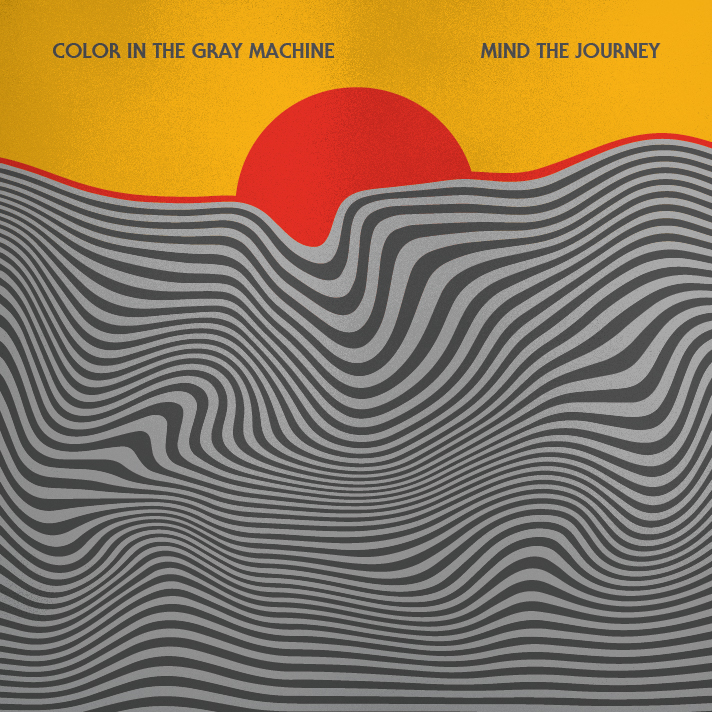 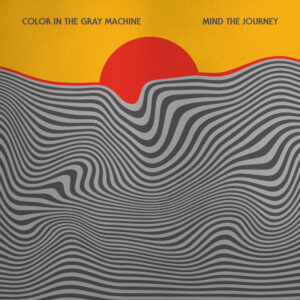 Entirely created in his self made basement studio, “Mind The Journey”, has just released his first full length album entitled,” Color In The Gray Machine”. The brains and heart behind “Mind The Journey”, Spencer Sabo has infused electronica, psych rock, synth pop and passion in creating this release.

From the New England area, Spencer began learning audio production early. His lead to “Color In The Gray Machine”, was an 8 song EP which gained popularity on the Internet and at local live performances. His songs are different to say the least, possessing a bit of intimate brilliance and diversity, as you will see from his answers to the questions Louder Than War asked him.

The Gray Machine is really just a term for the dreamscape the album takes place in. Of course, that can be interpreted in many ways. I see it as microcosm for the society we live in today; where the first programs cut in schools are creative ones, and people are forced to “conform or be cast out” (Rush lyric…I know). A couple weeks before I began the album, I would go around and ask adults what they wanted to be when they were my age. The realities never quite match up. It’s rather sad but, that’s what the gray machine is: our modern society. But there’s hope! There’s Color In The Gray Machine, after all.

There is a lot of sound in your recording, I’d like to see your basement….how long did it take you to record the album?

Unfortunately the basement studio was about as permanent as a carnival. It was glorious though: a room full of everything I’ve collected throughout the years. A fully mic’d drum kit, guitar, bass, synths, and a nice little vocal booth with a pop filter and foam pad wrapped around it. It wasn’t exactly “professional looking,” but it got the job done, and was a nice escape to really emerge myself in the creation of the album. Of course, most of it is now in a closet or on my bedroom floor. The album took about 3 months to record and another 4 to mix and make perfect. Some of the songs on the album I’ve been slowly working on for years though. It usually goes: get an idea in my head, record basic outline tracks, record vocal melody, write lyrics, redo/add-on instruments, record vocals, then mix to perfection.

Can you tell me about the journey, or at least the messages that you are attempting to share?

This album is very much a journey. It’s a looser concept album revolving around a dream (literally) that someone has. It begins with him partying, naively falling in love, and “dancing on the sun”. However, once he becomes ‘lucid’, he starts seeing things the way that they really are. The love becomes more problematic, he struggles with his identity, he begins feeling the societal pressure to give in. I suppose the overall theme of the album isn’t too subjective or motivational, but more observing and capturing a feeling that most people go through. It’s almost like a musical coming of age documentary.

Is there a song on your new release that is extra special to you?

Dancing On The Sun and Noise Gate are both very special to me. I recorded the original versions years and years ago when I was in a completely different place in my life, and surrounded by different people. One day I was trudging through old song files, came across these, and knew that I had to remake them. They hold a special place in my heart, if not just for the juxtaposition from where I was when I wrote them, and where I am now that I’ve remade them.

Can you describe what you hear inside your head when you’re creating a song?

I create my songs more like an electronic producer would, rather than someone in a more guitar oriented band. Sometimes I’ll get a vocal melody in my head randomly, and sometimes I’ll get an idea while playing around on my synthesizer. Once the base concept is there, I enter what I like to call a “creative trance” in which I completely lose track of time and simply can’t stop working on, or at least thinking about and planning out my songs. During this I like to think I’m spiritually in tune with the instruments I’m recording, be it drums, synth, or guitars. There’s not much thinking going on here, more just existing with the sounds. It’s not until I start writing vocal lines that the real brainwork begins.

Are you going to tour?

Come mid to late January I plan on kicking off a series of live shows. Starting in Philadelphia, and then spanning across Boston, New York City, and Burlington. It’s very exciting, I’m performing the songs with another keyboardist/guitarist and a bassist.

If the story of your life was put to music, what songs would be on the CD….besides your own?

Apocalypse Dreams by Tame Impala would definitely have to be on the CD. I feel like the whole Lonerism album coincides with my existence, and the skeptical confidence the song speaks to me. Another song would be 2112 by Rush. It’s an epic, 20 minute masterpiece that tells the story of the power of music and a society that tries to repress such a thing. Vein Of Stars by The Flaming Lips would be on my life CD. The Flaming Lips, Wayne in particular, do a fantastic job of writing lyrics that aren’t typical and hit you right in your feelings. The existential romanticism of Vein Of Stars feels like it was taken ripped right from my soul.

What Artists are you influenced by?

I’m majorly influenced by artists like Tame Impala, Ariel Pink, Flaming Lips, MGMT, and Neon Indian. Boiling it down to just that seems a bit simple, though. I like to think I’m influenced by anything that makes my ears perk up. Artists like Kendrick Lamar, Hiatus Kaiyote, and classics like The Bee Gees, Rush or Led Zeppelin. I also think that my art is influenced by film, as there are moments that seem cinematic and slightly more plot driven then other musicians out there.

If you could trade places with anyone in the world, for one day…whom would you choose ?

This interview might make me sound like the ultimate Tame Impala fan boy, but it would probably be Kevin Parker of Tame Impala. His music is out of this world, and hopefully the day I traded places he would play a concert. It would be insane to feel what it would be like to be on stage playing such glorious tunes.

What makes you angry?

I have pet peeves like dimly lit restaurants (where I can’t even see the menu), noisy dogs, or slow internet. Generally I like to think I’m an optimistic person though, and one that doesn’t really get angry often. When I do though, it’s mostly at life and the inevitable changes within it. I think that my anger in that sense can be seen in a couple of songs on Color In The Gray Machine. Making and playing music is probably the biggest way I feel a release of my emotions.

What do you have in mind for future projects?

Looking ahead, the future appears to be a lot of live shows and touring. Hopefully within that mess I’ll be able to work on some singles and ideas. I don’t really have any aspirations to form a new project. Because Mind The Journey is genre spanning, anything I create can really be placed under that moniker.